Matt Hoch is a celebrated scholar-athlete and the rock in the Missouri defensive tackles unit.

Bill C.: We get excited about the upside of guys like Josh Augusta and Harold Brantley, and we love Lucas Vincent's play-making and Twitter entertainment. But the leader of the defensive tackles unit isn't any of those three guys -- it's Matt Hoch. Hoch is the rock and was one of the major reasons why Missouri's run defense was (sans Auburn) so rock solid. It's hard to find too many good pictures of Hoch because he's usually pushing the pack backwards or joining in on a group tackle. He's big, he's smart as hell, and he's come a long way from being a tight end/defensive end.

countrycal: Matt Hoch is as close to being Mr. Mizzou as anyone on the team. He has started the last 25 games for Missouri over two years, playing on the defensive interior. In addition to being a third year starter this year, Matt has won a bucket load of academic honors. Injured in spring practice, Matt is expected to be back at full strength for fall practice, and to be a leader for the defense this year from his tackle position. It was Hoch’s emergence as a dependable, capable nose tackle as a sophomore two years ago that helped the defense establish itself as on par with other SEC defenses. As you might surmise . . . Matt Hoch is one of my favorite Tigers.

switzy227: Hoch and Lucas Vincent are notable for not being noticed much. They do their job, they do it well, they do it consistently. When you have ends like Mizzou’s, that’s really all you need. If they can keep that up for one more year, all the better for this defensive group.

AlaTiger: You typically don’t expect TE recruits mostly known for being related to a Mizzou offensive lineman to end up starting at DT. Solid and steady.

The Beef: So strange that Hoch is often the one I forget about when thinking about the defensive line, but then I remember that he still has another year to go and I get even more excited about what this front four may ultimately be able to do. Hopefully getting to start 38 or 39 games before all is said and done is really going to be a tremendous accomplishment for him, especially at the level at which he plays. 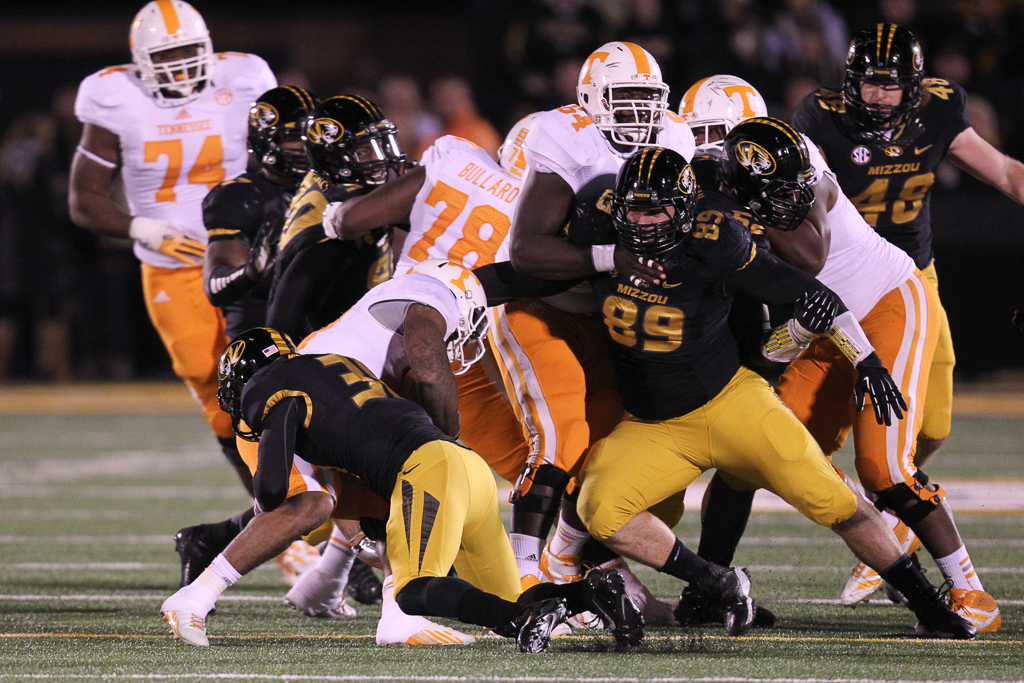