Missouri's defensive tackles might have to pull more weight if this year's ends are less strong against the run; Lucas Vincent is one of the reasons why they might do just that.

Bill C.: After suffering through an injury-plagued 2012 campaign, Lucas Vincent became an entertaining play-maker as part of a large tackle rotation. The rotation is still large, with Matt Hoch, Josh Augusta, Harold Brantley, and perhaps one more youngster commanding playing time. But Vincent showed what he could do last year, and he'll be a huge part of Missouri's plans in again playing well against the run. The tackles might have to pull more weight if this year's ends are less strong against the run; with this level of returning experience, though, there's a chance they pull that off.

countrycal: The Tigers have the luxury of two seniors with leadership ability, a lot of experience, and play-till-the-whistle blows attitudes anchoring the defensive line this year.

Lucas started nine games last year and teamed with Hoch to shut down teams trying to run inside. Vincent at nose guard with 305 pounds and Hoch at tackle with 295 does not leave opposing teams: even in the SEC: with much opportunity to out-bulk the Tigers up the middle. The two also combined to harass the quarterback on several occasions last year as well.

switzy227: see my comments on Hoch.

Hoch and Lucas Vincent are notable for not being noticed much. They do their job, they do it well, they do it consistently. When you have ends like Mizzou’s, that’s really all you need. If they can keep that up for one more year, all the better for this defensive group.

AlaTiger: Another solid product of the Coach Kul DL factory. 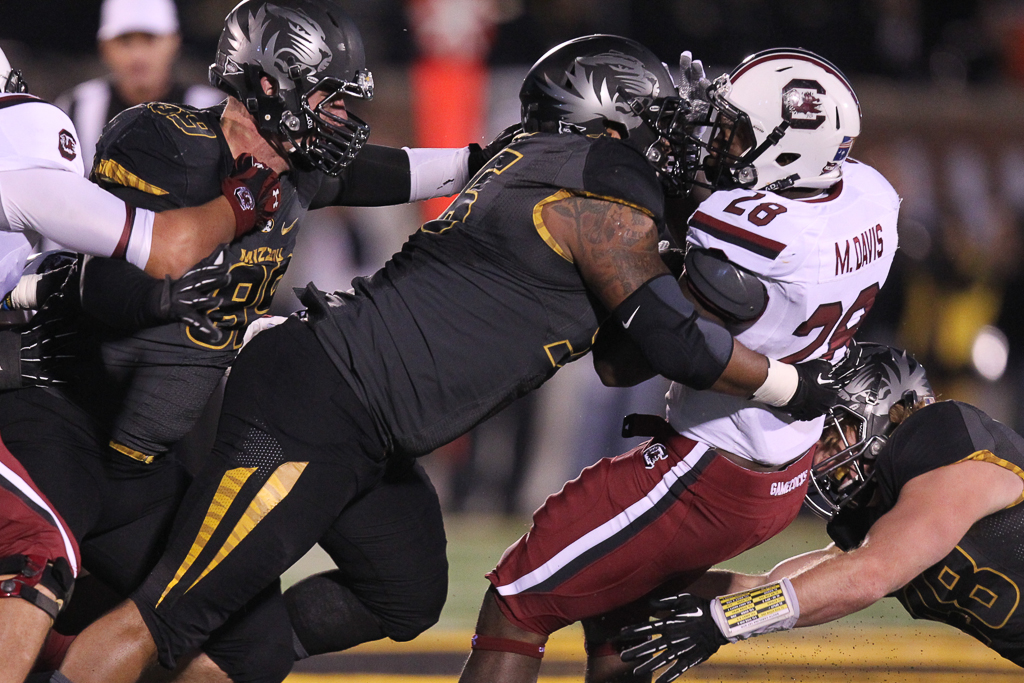