2014 Missouri Walkthrough: Ruise can be, at the very least, a steady backup

Darvin Ruise hasn't been able to hold onto a first-string spot in the Mizzou linebacking corps, but he proved in 2013 that he could be a steady backup and will likely serve as the same this fall.

Share All sharing options for: 2014 Missouri Walkthrough: Ruise can be, at the very least, a steady backup

countrycal: Darvin has had an up-and-down career at Mizzou in my opinion, though he has played in every game since a redshirt year: 38 games in all. The first two years he played primarily on special teams, but last year put up some good numbers as a backup linebacker. He started the spring as the top weakside linebacker, but for whatever reason began the fall as the third linebacker on the weakside.

While he has played very well most of the time, Darvin has also had a few costly mistakes and sometimes seemed to play as if his head wasn’t totally in the game (IMO). Darvin and Max Copeland both had a problem jumping the snap (one from the defensive side and the other from the offensive side), almost as if they did not think they were quick enough to match up with the opposition and were trying to get a slight edge by being the first off the ball. Hopefully he will work his way back up the chart and can put up the same level of production as he did last year: either as a starter or first man in rotation.

AlaTiger: Ruise has never lived up to my expectations. I thought he’d be more of a contributor than he has been. I hope he does well with his final shot, because Mizzou needs help at LB this year. More than one person will have to step up his game.

The Beef: I think I am in the same boat as Ala in terms of what I thought we might eventually see from Ruise versus what he has actually produced. Coaches seemed to be making a statement in the preseason with his deep positioning on the WILL side, but it will be interesting to see if he can make the rise back up to at least the backup.

Bill C.: Ruise has evidently spoken highly of Mizzou anytime he's been approached by a potential Florida recruit, and it appears he's been a strong representative of the university and athletic department as a whole. But yeah, for one reason or another -- silly mistakes, weight issues (which were evidently one reason for his demotion in the spring) -- his on-field ceiling hasn't been incredibly high. But at the very least, we know he can be a solid backup and mentor for the multitude of young players around him. 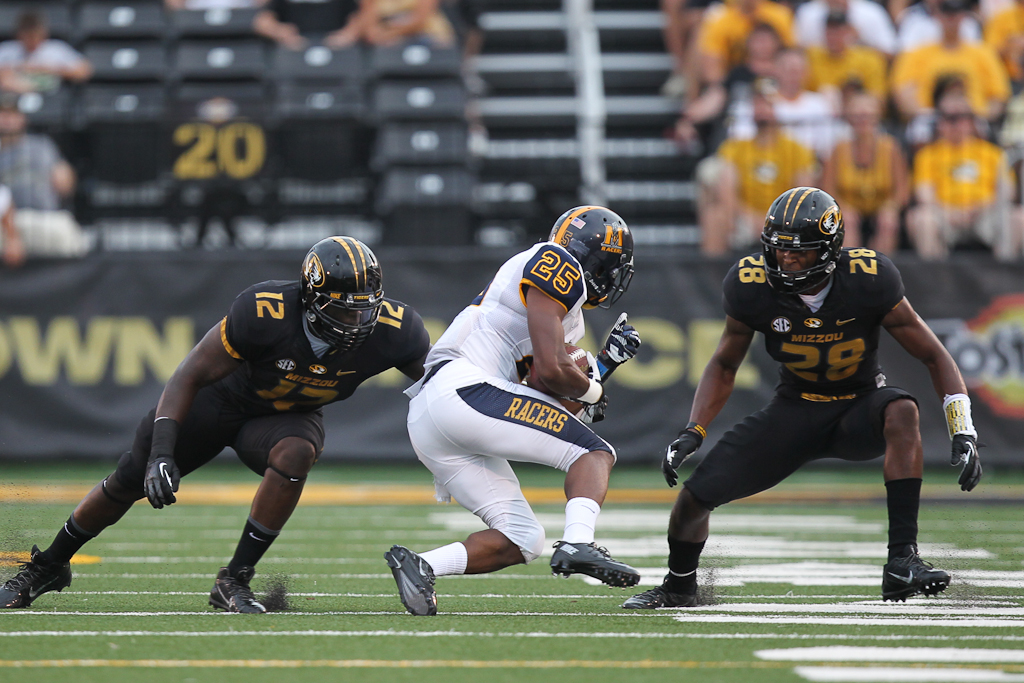