Morning Links - Dancing Stec, a content Kim Anderson, and Denzel Martin has Missouri in his blood

Loftin does the ice bucket challenge, former Tigers talk about recruiting, and 4 Missouri Seniors are on the Senior Bowl watch list

Share All sharing options for: Morning Links - Dancing Stec, a content Kim Anderson, and Denzel Martin has Missouri in his blood

I'm looking for a copy of the SEC Network's Mizzou Preview from last night, how was it?

I keep hearing from Mizzou fans who expect SECN to trash MU. Huh? The network is a 24-hour infomercial for the league & its teams

"I do feel very blessed, because I’ve had so much support and that’s the main thing that’s been keeping me going so far," Josey said. "I don’t even look down at the scar anymore. I don’t ever look down any more. It’s my past. It’s definitely something that I’ll remember for the rest of my life, but I just keep looking forward in life, and to everyone else who’s supported me and allowed me to get this far.

When the son wants to see his father, all he has to do is lift up his sleeve. Derek Martin’s face is permanently etched on the inside of Denzel Martin’s forearm, along with May 3, 2002. The date of his death. Derek Martin and Robert Morrison, both 11-year veterans of the St. Louis Fire Department, died staying behind to find a colleague in the burning two-story Gravois Refrigeration Co. building on the south side of the city after hearing a distress call over their radios.

His cousin A.J. Kincade played cornerback for Missouri from 2002-05.

His great uncle on his mother’s side was Norris Stevenson, who was the first African-American to receive a football scholarship at Missouri in 1957. Denzel said he made it a point to learn from "Uncle Norris" before Stevenson’s death in 2012.

"He told me, ‘Hey MG, watch his foot. If his foot’s back real far, he’s stepping back,’ " Golden said. "I was able to sack Johnny Manziel because of him. He’ll be a great coach someday. I hope he ends up being the head coach when Coach" Gary "Pinkel’s done here years from now."

If you have access, check out the last question:

When you were being recruited, were you aware of fan message boards? Did you read them and did they influence you?

Now, about that analysis, this is the fifth time Gary Pinkel has had a new starting quarterback at Missouri--which is stunningly few for a coach entering his 14th season. Brad Smith started as a redshirt freshman on Pinkel's second team. The other three did the same thing Mauk will do--started as sophomores after a year of some seasoning in a backup role. To give us a guideline of what to expect, I wanted to look at how each of those quarterbacks did in their sophomore seasons (for Smith, I used his second year as a starter rather than going with his first year quarterbacking an undermanned team).

-- Lost three starters in the secondary, but their replacements will all be upperclassmen. This unit could easily move up the board, but is unproven as of now. (A Sea of Blue)

-- Braylon Webb, one of the team's top tacklers, is back at safety. Other than that, Mizzou's replacing a bunch of starters. (Red Cup Rebellion)

-- Graduation is a bitch for this whole defense, but particularly the back end. (And the Valley Shook)

-- Mizzou loses a lot of talent from last year's secondary, but like South Carolina, they had a good recruiting class in the position group. (Garnet and Black Attack)

Georgia at Missouri Could be a good crowd if the Cardinals don't make the playoffs this year.

And the dance you've all been waiting for:

Look for the Rock M Roundtable this Friday to talk about the 2014 Basketball schedule!

"Namon improved. He shot the ball pretty well. We had to play him at the point for a while just because of personnel, but I think that helped him become a better ballplayer."

Gill-Caesar, who played for new assistant coach Rob Fulford at Huntington Prep in West Virginia, reclassified from the 2016 recruiting class and might emerge as Missouri’s best wing next season. "He’s a good basketball player, and the thing about Teki is that he’s a solid player," Anderson said. "I think he can shoot the ball, he handles the ball, he passes the ball. He’s a basketball player as opposed to being a one-dimensional guy. He’s a multi-dimensional guy. He can rebound. He’s got decent size. I was thrilled to have him come, and I think he’ll have an impact on our team."

Isabell, who arrived on campus in late July, proved to be even better than anticipated. "When Tramaine got here — he’s been a point guard, and he is a point guard — but the thing that impressed me was he shot the ball really well," Anderson said. "He’s a guy that, if you’re going to play multiple point guards, he can shoot the ball well." 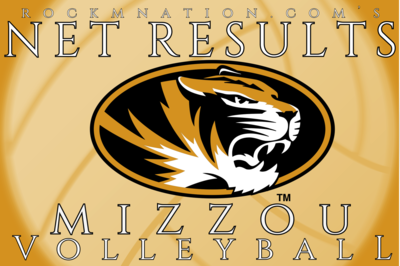 Our very own Chris Turner was on the scene and reports back (with pictures!)

The Tigers, who placed eighth in the SEC, went 3-1 against teams finishing in the top five of the league but 1-2-3 against the teams that finished below them in the standings. They went 8-9-3 overall.

Click thru for an audio interview with Wayne Kreklow

Where We Came From and Where We Went, State by State - NYTimes.com

Specifically, this link points to where people from Missouri moved

The funniest thing about this Bay City Rollers video is that Eric Faulkner is wearing a Mizzou Football shirt. http://t.co/TuNklXf0Yr