The win was the first for Georgia State since joining the FBS and the Sun Belt. It was also the first in two years, and the first win in Trent Miles tenure at Georgia State.

After spending all of fall camp in academic limbo, Walter Brady said he's been cleared to join Missouri. Brady, a 6-foot-3, 255-pound defensive end who signed with Missouri in February out of Athens (Ala.) High School, tweeted Wednesday that he will be coming to Columbia on Thursday. That leaves just the status of defensive back signee Tavon Ross up in the air as Missouri students start class this week. Coach Gary Pinkel said on Monday that out of Brady and Ross, one was in an academics appeal process and the other is "taking care of some business."

Well today was my last day in Cochran.. #bittersweet 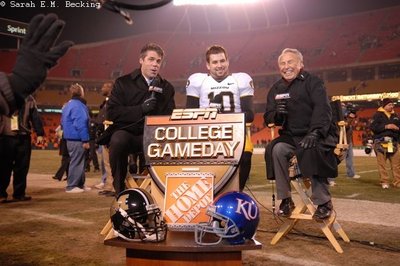 The best QB in Missouri's history and the one game the Tigers absolutely, positively had to win.

We had a real good camp overall. We stayed fairly healthy, which I think is always good. As coaches, that's obviously very, very important. I think our depth is getting a little bit better, guys that were close, maybe, in the spring and have maybe moved themselves up a few notches in terms of being able to compete for a championship in the SEC. I think, like everybody else in the country, we're excited about getting going and playing. You really find out the kind of team that you have. I think our chemistry is good. We need to go play. 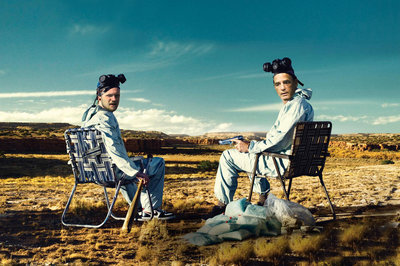 Anthrascience is BACK, and it's got a brand new look.

Instead, let’s look at Mizzou’s recent history in their annual blood donor games against the FCS. In his 14 seasons at Mizzou, this will be Gary Pinkel’s 11th game against an FCS school. Average score of those previous 10 games: Missouri 50.5 - FCS opponent 7.5.

The Missouri football team will take the nation’s longest forced turnover streak into Saturday’s season opener against South Dakota State on Faurot Field. Senior defensive end Markus Golden said the streak is a testament to how the Tigers practice. "We’ve got to get at least three takeaways a day in practice, three-plus takeaways," Golden said. "When you do something in practice, it carries over to the game."

Q. So you went to a lot of games before leaving for college? Have things changed with the recent conference change and success?

A. Oh, yeah. It wasn’t as big then. Honestly, I could get tickets for free – they’d just hand them out. They were a small Big 12 school then. I remember right after I committed (to SDSU) around March, this game was announced and I was exciting, thinking, ‘Oh, we’ll have a chance to really blow these guys out – they’re a mediocre Big 12 school.’ And now they turned into an SEC powerhouse last year.

In this excerpt from Thinking Out Loud: Saturday Sports from Aug. 23, 2014, Darren Hellwege talks with David Morrison, the Missouri football beat writer for the Columbia Daily Tribune. They look back over fall camp and offer a comprehensive preview of the 2014 Tigers...

USC announced on Wednesday that cornerback Josh Shaw, who had initially told Trojans officials that he hurt his ankles while saving a drowning nephew, admitted that he fabricated that story. The USC release called Shaw's story "a complete fabrication" and stated that the university "regrets" publishing the initial story, which painted Shaw as a hero.

Since Josh Shaw has become a bit of a national story, I thought it was interesting that our own John Anderson called USC a "clown college" on Sportscenter.

1. Mark Hudspeth, Louisiana-Lafayette head coach: There aren't many coaches who look better in a tight-fitting shirt or can bench press more than their defensive linemen. But Hudspeth, 45, is no sideshow. Heading into his fourth year at Louisiana-Lafayette, Hudspeth is 27-12 in Division I following a 66-21 run in D-II at North Alabama. He can coach. But he also has the so-called "it" factor that can charm and energize a fan base. Hudspeth is the total package, and it won't be a surprise if he wins the Sun Belt again this year and parlays it into a big-time offer. Hudspeth already makes more than $1 million a year, so he doesn't have to jump at just anything, but the Louisville, Miss., native makes way too much sense at a whole lot of SEC programs to not end up there at some point.

1) What stretch of games do you see as the most important to identify what this team's post season looks like?

2) We get home and homes with Kentucky, Arkansas, Auburn, and Mississippi State, what do you think of this schedule, anyone you would want to replace any team with?

3) What do you think of the SEC's decision to break down the schedule as such: 2 games – Permanent rival home and away, 8 games – Four rotating opponents home and away, 8 games – Eight remaining rotating opponents home or away? Would you prefer a divisional set up where you play the east home and home, the west on a home or away basis (switching every year) and dropping one non con game?

4) What away SEC game would you like to most attend?

"The conference office allows any member institution that is scheduled to host a league championship the opportunity to defer the hosting duties due to unique circumstances, one of which is" facility construction, Skotarczak said. Skotarczak said MU is scheduled to host the 2018 SEC Tournament and also the 2027 tournament. SEC athletic directors selected LSU to host the 2015 SEC Tournament from a list of alternative choices. In June, MU Athletic Director Mike Alden estimated that Missouri's new softball stadium, which will be built east of the Hearnes Center, will be ready for the 2017 or 2018 season.

The 15th-ranked Missouri volleyball team will open its season Friday against Mississippi Valley State at the North Texas Tournament. The Tigers will face Northwestern State and North Texas on Saturday at the tourney. MU returns all but two players off last year’s team that went 35-1, but the two departing players were first-team All-Americans Molly Kreklow and Lisa Henning.