Share All sharing options for: They Supposed to Be SEC - Instant Reactions to opening night of SEC football

Watching Kenny Football Hill move the ball on South Carolina's defense reminded me of what Mizzou did to Kentucky with Dorial Green-Beckham. Reminded Dave Matter of something too:

Both defenses were fielding High School JV players in the secondary and were torn up. Kenny Hill broke Johnny Manziel's record for passing yards in just his first game so I think I'm going to throw out the notion that the past two years have been all due to Johnny Manziel.

511. Passing yards from Kenny. On the road. Against an SEC team. A Top 10-ranked SEC team. In his first start ever. Yep, that's a school record.

The truly scary thing to me was that I didn't feel like Texas A&M's defense was all that good and that given time it'd be able to grow into a better group. The offense will certainly be able to keep them in games and cover for mistakes early in the season. Mizzou plays them in November and that might be enough time for their secondary to develop a sense of how to cover the deep ball without committing pass interference.

As for South Carolina, well Dylan Thompson just didn't look very good. Seemed to me that if you can hit him, you can rattle him, which we know going back to last year's game in Columbia. Everyone touted South Carolina's massive offensive line and great running back Mike Davis as a reason for Spurrier's chance to make a serious run this season - and maybe they still can, but I certainly didn't see much impact from either when they were down much of the game.

I contacted Fletcher Massie of Good Bull Hunting to ask if this was actually a malicious invasion and learn a little more about Midnight Yell so I wouldn't be completely lost Wednesday night. He is a former Yell Leader and was incredibly nice and informative about a tradition that is clearly important to him. Yell Practice is essentially a pep rally, though as Fletcher told me, every detail of it has some sort of tradition behind it. For away games, Yell Practice is usually held at whatever venue can be found to accommodate the Aggies. This often can include places like government buildings, which offer a unique and preferably memorable experience for visiting A&M fans. Fletcher's response to my question about whether there was ever trouble at Yell Practice was answered with this story:

It was a brutal opening night for the favored Gamecocks, particularly the defense which allowed a staggering 677 yards en route to a 52-28 loss. That yardage count: the worst in school history.

There’s no way to sugarcoat what happened last night in Columbia. The Gamecocks were dominated by Texas A&M. It’s likely that the Aggies are going to be significantly better than expected this year, but that doesn’t detract from the significance of how badly we lost. Had Carolina lost by a touchdown, that would be one thing. Chalk it up to a tough loss to a slightly more elite team. Carolina lost big, though, and great teams don’t generally lose by such large margins at home. Carolina hoped to be great this year, and right now they’ve got a lot of ground to cover before they get there.

Kenny Hill is fantastic. Or perhaps he's just another Kevin Sumlin protege. Sam Bradford, Case Keenum, Johnny Manziel, and now Kenny Hill. All products of the Sumlin "process". But man, what poise. A true sophomore making his first start in a hostile environment, and just nailing it. Cant move on without talking about Jake Spavital. Bold prediction: he will prove to be better than Kliff Kingsbury. Enjoy him now because someone is going to hire him as a head coach after the season is over. Doesnt matter because Kevin Sumlin will find the next young offensive genius out there. How about that draw play on third and long? How about all of those slants? 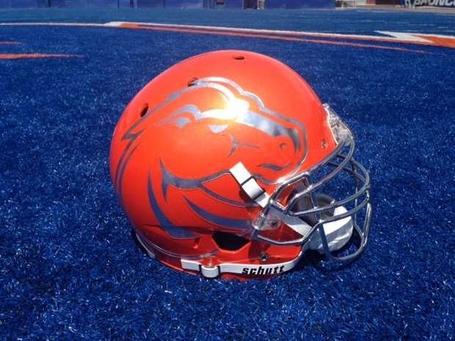 Vanderbilt lost James Franklin and apparently whatever marginal ability they had to play football, but then again its Vanderbilt and we lost to them in 2012, who are we to judge? Let's win a few more games over them before truly mocking them?

The Pick: Vanderbilt 33, Temple 20. Temple was good at losing close games in 2013, but Vandy - and Derek Mason - need to make a statement. It may not be the emphatic win that many fans are hoping for, but Temple may be overlooked in this one thanks to their emerging young quarterback.

The Pick: Vanderbilt 17, Temple 3. Though P.J. Walker is certainly a perfectly cromulent quarterback, his het will get far too wet to function against Mason's gritty 3-4 defense. Both touchdowns will be scored by the defense. As will both field goals.

Vanderbilt looked sloppy, disjointed, and was straight-up outplayed by a Temple team that looked superior in every aspect of the game on Thursday evening. Matt Rhule's Owls weren't intimidated by their big league competition and P.J. Walker showed that his freshman stats were no fluke in a 37-7 curb stomping of the Commodores in Nashville.

Allow me to summarize: [Vanderbilt pines for James Franklin]

"Anchor Down" does not fall under any of these categories, and to do something different, teams have to get special permission to do so. However, it turns out that the Commodores did have permission.

But we did get to see a first for 2014: FAT MAN TOUCHDOWN

Sack and forced fumble by Avery Ellis recovered by Averee Robinson who returns it 71 yards for TD.

Check back Sunday mornings for weekly round ups of what's going on in South Eastern Conference football, or you can add THEY SUPPOSED TO BE SEC to your bookmarks.

What did you think of the opening night of games?