Good morning Mizzou fans, one day to South Dakota State. Be sure to add Rock M Nation's Mizzou Football 2014 Hub to your bookmarks for quick access to all our latest news. Today we start with a reminder to rock the Black and Gold, Henry Josey had a big night for Philly, Markus Golden's mama is awesome, and all the rest of Mizzou news fit to print E.J. Gaines - Someone has to replace Trumaine Johnson, who will be out with a knee injury for the first few games of the 2014 season. The rookie cornerback has looked pretty well so far during the preseason, and a good game this week could secure the starting role for him. Another game of good tackling and an interception would be a great way to end the preseason.

Michael Sam - If the Rams didn't have Ethan Westbrooks on the roster then Sam would have more than likely secured a spot on the 53-man roster. As Johnny Manziel can attest, Sam has shown that he can pass rush. It's going to be hard to keep Sam on the 53-man roster, but with a good game against the Dolphins it might be hard to let him go.

Michael Sam was everywhere early finishing with six tackles against the Dolphins' primary backups. I'd say this - neither should worry about going without an NFL employer this season. The question is whether that employer will be the Rams or not.

At cornerback, E.J. Gaines had a memorable play early with an interception...that was a gift. Gaines was isolated against two wide receivers on a double safety blitz. Luckily, the pressure got to Dolphins QB Seth Lobato and the pass sailed just high enough where it was tipped by Marcus Thigpen and Gaines had the wherewithal to make the play. Still, he looks like a strong bet to make the roster. The other reserve cornerbacks? Who knows.

Michael Sam: 'I know I can play in this league' - SBNation.com

Despite almost going undrafted, Michael Sam has shown considerable ability throughout the preseason.

The San Francisco 49ers backup quarterback competition has taken a bit of a twist. Following a game in which Josh Johnson capped off a solid preseason, Jim Harbaugh told the media that Blaine Gabbert had an x-ray on his shoulder following the game.

Who will make the cut? Let's take a look. 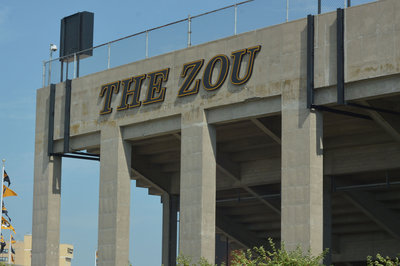 What do you predict to be Mizzou's final Football record this year, both from your head and your black and gold heart?

The folks over at the Eagles Blog seem to REALLY like Henry Josey but like Michael Sam this may come down to a numbers game. My impression is both players will find NFL employers sooner rather than later. EJ Gaines, particularly because of injuries to the Ram's secondary is quite certain to make the final cut tomorrow. If you have an update or news about any other former Mizzou player in the NFL, please post in the comments.

@DavidCMorrison This is so true. He wouldn't talk to other schools or visit..They tried to get him. 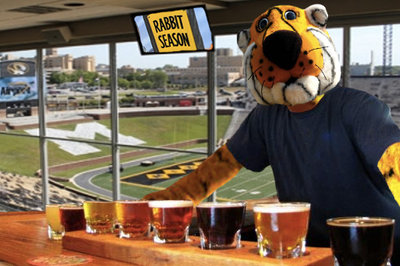 Welcome to the very first edition of Pregamin'! We'll be priming ourselves for every game by getting TANKED on information. Imbibe with us, won't you?

They're allowed to have 85. That could mean they're keeping some warm (perhaps for Tavon Ross sooner and Darnell Green later?) some walk-ons have been put on scholarship that we don't know about or they're planning on playing under this year to create more room for next. But here's what Missouri has so far...along with some analytics. 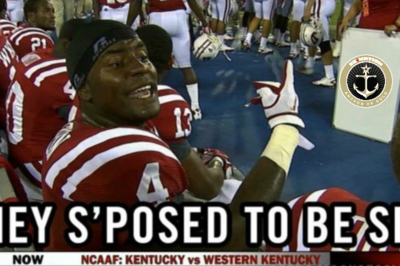 What did you think of the opening night of games?

The league’s opening-week slate includes two conference games — Texas A&M at South Carolina and Arkansas at Auburn — as well as three other teams playing nonconference opponents from other "Power 5" leagues. Georgia hosts Clemson, Alabama plays West Virginia at the Georgia Dome in Atlanta, and LSU takes on Wisconsin at Houston’s NRG Stadium. Mississippi also makes up the other end of the Chick-fil-A Kickoff doubleheader with Alabama-West Virginia, playing Boise State tonight at the Georgia Dome. 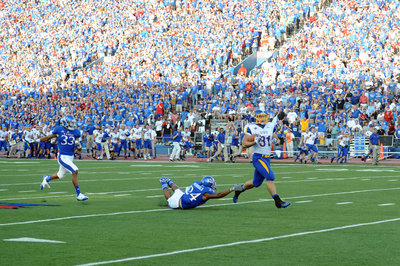 Mizzou's advantages in the trenches should allow the Tigers to pull ahead and win comfortably.

Key matchup Missouri’s offensive line vs. South Dakota State’s defensive line. The Jackrabbits, including senior starting nose tackle Auston LaBlance from Kansas City’s University Academy, don’t have much depth in the trenches, while Missouri wants to set a tone. The Tigers deployed a punishing ground game last season and there’s no better time than the season opener to begin re-establishing a similar identity. Junior Evan Boehm returns at center, but the rest of the line is in flux with new positions or personnel. Building chemistry (and staying healthy) will be key.

Missouri Over 7.5 Wins (-120, Olympic): Missouri did lose a lot, but I have a feeling that some just expect the Tigers to fall back to the level at which they played during their inaugural SEC year. Maty Mauk can play, and the offensive line should make the running game even stronger.

With college football kicking off tonight, SEC fans bragging about their championships and Big Ten fans boasting about their academics will only get more obnoxious. To help sort through these discussions, the above graph from the Wall Street Journal shows how schools balance winning and ethics.

"I want to take time to extend my thanks to Coach Hobbs and his wife Marta for the time that they gave to our program and the entire Mizzou community," Missouri head coach Tim Jamieson said in a prepared statement. "Coach Hobbs served as a great mentor to our entire roster, especially our pitchers. He did a great job in his four years here and I am sure he will have success at Wake Forest.

Question of the Day: Does Momentum exist in football?

To examine momentum from a different angle, we looked at a sample of the 1120 games between 2000 and 2012 where only one team had a big play in the first quarter. All things being equal, chance suggests that any given team has a 50% chance of winning any given game. However, when a team makes a big play in the first quarter, that team goes on to win the game 63% of the time, which is a statistically significant increase of 13% over chance.