Marcus Murphy is one of Missouri's most proven, explosive offensive weapons heading into 2014, and offensive coordinator Josh Henson might get creative in how he uses the senior this fall.

The Beef: I dont want to go all SOURCES on this one, but here is a little info I have heard from a couple of different places. I think we can expect to see Marcus Murphy lined up all over the field this season, perhaps to the point that he sees more time split out than he does as a back. Murphy was great as a back last year, averaging 6.5 a pop and finding the end zone nine times (and one more receiving). It seems like the coaches may want to use him more as that slot, scat flanker which we have not had in a little while. And if Mauk is able to soundly deliver short and intermediate passes to someone like Murphy and allow him to catch the ball in space, that could become a very useful weapon. And if not, then Murphy obviously retains tremendous value as the #2 back for the season to come.

Bill C.: Honestly, who was our last scatback type? Tay Jackson? (I’m still mad at you for those fumbles against Iowa State in 2001, Tay.) (I hold strange grudges.)

countrycal: I love The Beef’s idea of using Murphy as a scatback. He could be the Tigers’ Jon Staggers to Joe Moore (Russell Hansbrough) for those Tiger fans who remember 1969. Like Staggers, Murphy has demonstrated he can get the ball downfield in a hurry if he gets out into open spaces – yet, he can put his head down and take the ball straight ahead to the goal line when he gets within range. Speed and agility teamed with hard, straight-ahead running all in the same package: that is Marcus Murphy. A solid offensive line, the running and passing of Maty Mauk, the capable running of Russell Hansbrough, Marcus Murphy in the lineup at the same time as scatback, and Josh Henson calling the plays really turns up the anticipation meter for this "old man football" fan. Marcus will get his chances to put yards – and points – in the stats column.

Bill C.: It's strange to think of Murphy as a pass-catching threat when he's averaged 3.3 yards per target through three seasons, but Missouri never really took seriously the idea of throwing to backs until last year, and even then it was minimal. If he can simply catch a couple of passes per game from the slot (and get upfield occasionally, of course), that could open things up significantly, especially if he's still a home run threat out of the backfield. He's averaged 6.5 yards per carry for his career, and he's scored once for every 13 carries.

Murphy is dynamite in both space, and occasionally lining him up wide, or motioning him into a backfield already occupied by Russell Hansbrough, would certainly be one way to solve what is a bit of a skill position conundrun: Missouri uses one back and four receivers/tight ends but has two proven backs and only two proven receivers. The use of Murphy in 2014 is one of the bigger mysteries, and I'm excited about finding out the answer. 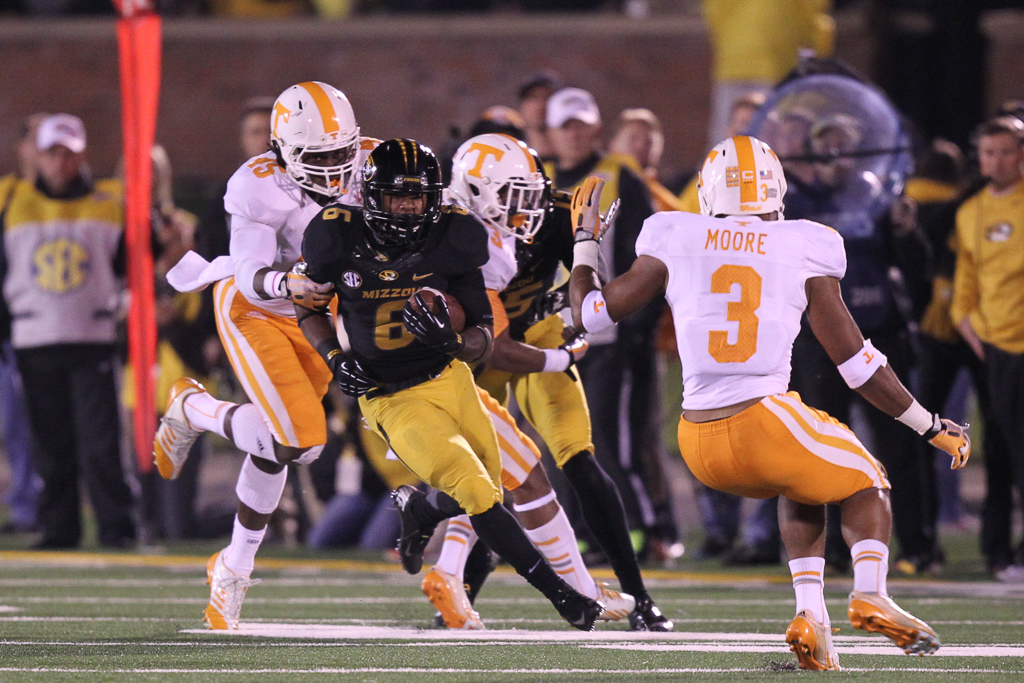 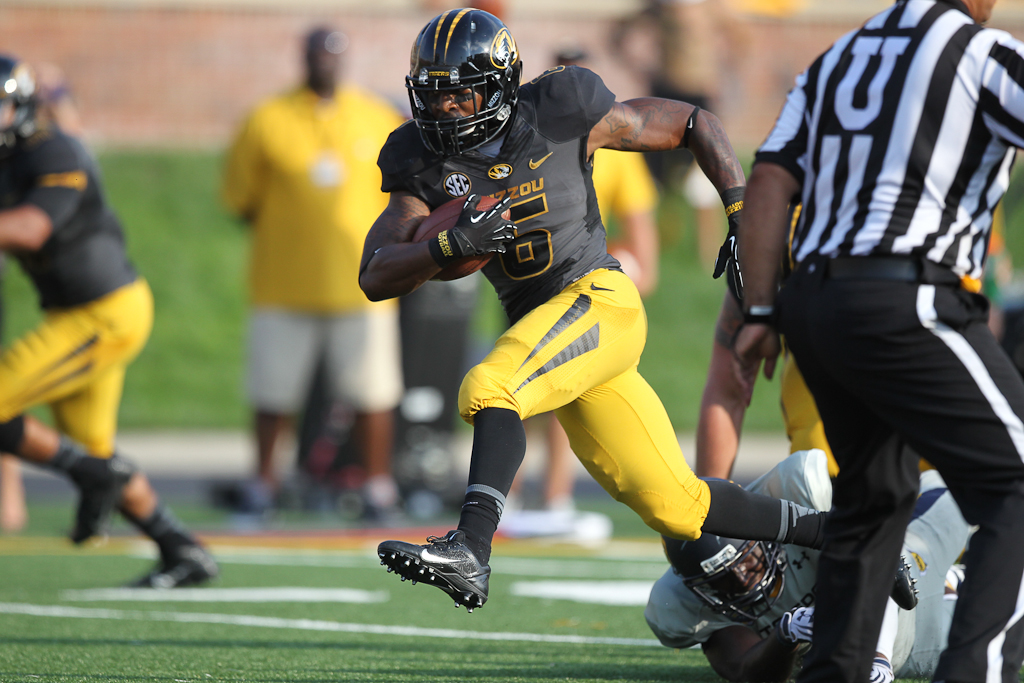