2014 Missouri Walkthrough: Hansbrough ready to be a headliner

Running back Russell Hansbrough's lack of elite strengths hurt his notoriety, but his lack of weaknesses makes him one of Missouri's steadiest, most important offensive weapons in 2014.

Share All sharing options for: 2014 Missouri Walkthrough: Hansbrough ready to be a headliner

The Beef: I just glanced at Hansbrough’s stats from last year and had one immediate thought: I really do hope he gets to see the end zone a bit more than he did last year. He saw the second most carries from a running back (behind Josey and a few behind James Franklin) last season, averaging a perfectly tremendous 6 yards per carry. 714 yards total, but only 4 TD’s (of 35 total rushing TD’s). Seems like Russell got the tough yards between the 20s, and that is an invaluable trait. I think he will see the majority of the carries this season, but will the TD total hit double digits? Perhaps he is just not the short yardage, red zone RB of choice.

countrycal: There are a lot of touches available this year with the loss of Henry Josey, and Russell is sure to get his share. He is a dependable ball carrier who does not put the ball on the ground, and one who forces the defense to protect the middle of the field by taking the ball north to south consistently. With an experienced, dependable back like Russell in the backfield, it gives the coaches that much more opportunity to do other things in addition to running the ball up the gut – which Russell can do if the defense gets goosy guarding the corners. I really look for big numbers from this guy in 2014, even if it is just 4-6 yards per carry.

switzy227: My choice for breakout player this season, Hansbrough is just a beast running the ball. He’s a powerful runner who also has good speed and tends to make good cuts and avoids dancing in the backfield. I think he gets leaned on as the defacto starter (ala Henry Josey last season) and puts up the numbers to gain a lot of attention entering his senior season.

Bill C.: Bill C.: It's almost easy to forget, but while Henry Josey was easily Missouri's best running back after November 1, Russell Hansbrough held that mantel in September. In non-conference play, Hansbrough racked up 335 yards in just 39 carries (8.6 per carry), with two touchdowns against Murray State and a long breakaway against Indiana. Injuries began to nag him as the season wore on, but he still served as a solid change-of-pace back (seven carries for 61 yards against Tennessee, 14 for 84 against Texas A&M and Auburn) during Josey's breakout.

It's easy to overlook Russell Hansbrough. (Hell, even now, we began the running backs series with Marcus Murphy even though Hansbrough's been ahead of him on the depth chart for two years.) He has no dominant trait -- he doesn't have Henry Josey's burst, and he doesn't have Marcus Murphy's moves. But his vision, footwork, and core strength, along with a similar lack of defined weaknesses, make him the reliable threat Missouri will need this fall. While players like Maty Mauk, Marcus Murphy, and [insert young receiver of your choice here] will help define Mizzou's ceiling, Hansbrough and a steady offensive line should assure that the floor is pretty high, too. Touchdowns or no, he is indeed invaluable to this offense this year. 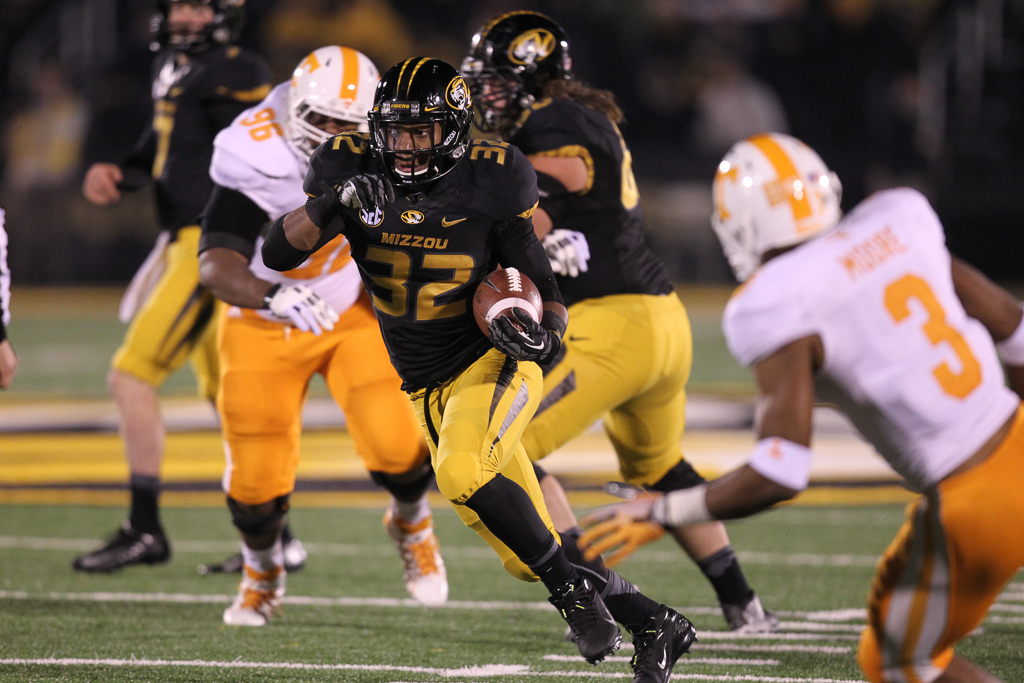 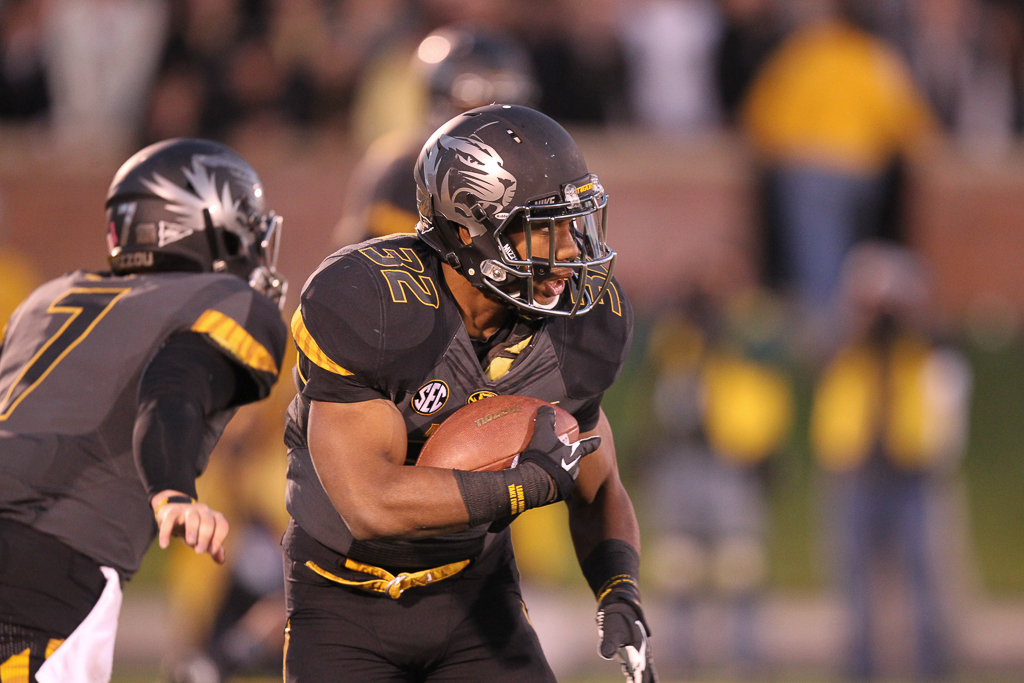 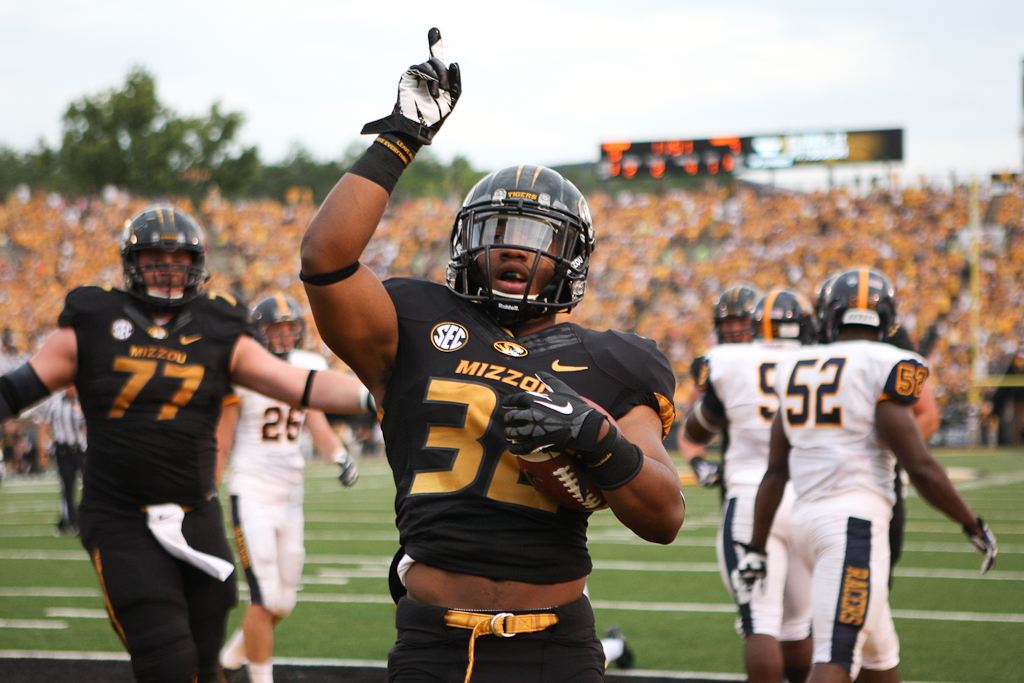