Morgan Steward is the biggest and strongest of Missouri's 2014 running backs; can he carve out a niche for himself, or will a younger back pass him on the depth chart?

The Beef: I think I am already on record as having been REALLY excited about Morgan Steward for some time now. I was excited to get to see him in the games at some points last season, getting 21 carries and scoring a TD. From most reports, it seems like Steward had a solid spring. He brings another element to group of backs, as he is the biggest (and perhaps still one of the fastest). It is important to consider that if we intend to maintain a 50/50 split of running and passing (which I assume we will) and we do not plan to use Mauk as a runner like we used Franklin (not to say Mauk wont run, but I dont think he runs as much as the 122 carries JF had), then our backs would see more carries than they did last season. If the plans about Murphy seeing more time as a receiver are true, then I assume Steward will not only be counted on to step into perhaps the second back in the lineup, but also take on a pretty considerable role with the team. But it has rarely been about just two backs of late. Who becomes the third back we so often both covet and use?

Bill C.: Indeed, The Beef is on record having already used "really" in italics/caps.

countrycal: I really don’t expect the coaching staff to move away from the three-pronged running back usage. It keeps legs fresh, promotes a brotherhood type-allegiance among the running backs, and builds experience and confidence for younger players who may have to step in at any time in case of injury. Morgan Steward appears to be the primary beneficiary of this management option in 2014. An exciting aspect of that is the fact Morgan will be taking an extra 15-20 pounds into the holes opened by out offensive linemen. That is a significant difference, especially late in games when arms and legs get tired. I am looking forward to seeing this young man get more carries.

AlaTiger: The joy of the rotating the top three backs is that it really doesn’t matter which of the three is best. It probably is Hansbrough, but it could just as easily be Murphy or Steward, and the coaches will have ample game evidence to adjust playing time accordingly.

Bill C.: Aside from "How does Josh Henson use Marcus Murphy?", perhaps the second-biggest question about this running backs unit becomes either "Can Morgan Steward carve out a power niche?" or "Can Steward hold off Trevon Walters and Ish Witter?" We've long heard raves about Steward's potential and athleticism, and we certainly caught glimpses of that this spring. But he'll need a good set of fall practices, as the two freshmen from Florida are coming after him. There's room in the rotation for three backs, but probably not four. 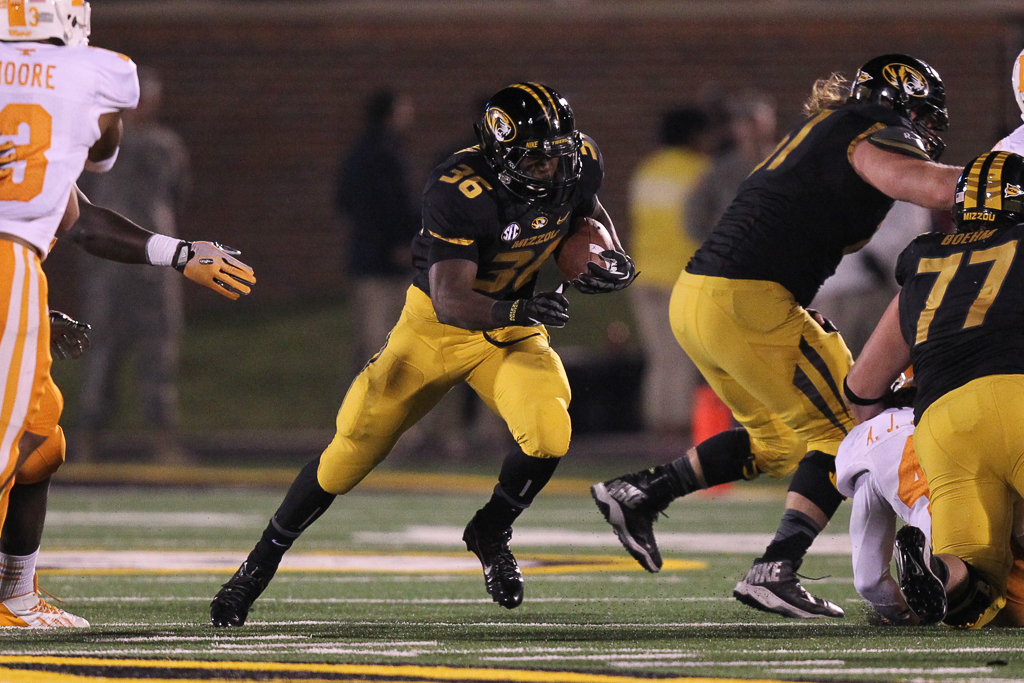