2014 Missouri Walkthrough: It's Darius White's last chance to break through

If Darius White breaks through in 2014, his explosiveness could have a significant, positive impact on the Missouri offense.

Share All sharing options for: 2014 Missouri Walkthrough: It's Darius White's last chance to break through

The Beef: I remember being excited that Darius White found the endzone against Murray State to start the season. It seemed strange to me when his transfer from UT to Mizzou had been announced, as one area which Coach Pinkel had not got much into was D-1 transfers. But he certainly came with a lot of recruiting acclaim and I figured it certainly could not hurt to have him on the squad. The season started well for him last year, and my excitement grew. However, he would go on to only catch five more passes after his initial two in the opener, and he did not find the endzone again (strange that both he and Hunt scored in the opener but not again on the year). His lack of stats and impact last year certainly was not felt too much (if at all), but we can ill-afford another season of similar impact. He will likely be one of the tallest (if not the tallest) targets on the field this season for Mauk to find, and we will need him to be up to his recruiting ranking as we look to replace all the targets lost after last season.

countrycal: Darius White is in a perfect position to fulfill the promise of his high school career. A highly-sought recruit by several top schools, White chose Texas and then disappeared into the Longhorn depth chart. Transferring to Missouri, he has patiently worked his way up the depth chart after sitting out a year. Now, unexpectedly, Darius has the unique opportunity to be "the guy who makes the difference" this year. With two steady seniors capable of making the clutch catches as primary targets, White could be the third receiver who gets the nod in situations where a big gainer can break a game open. This is an opportunity for Darius to step up, fulfill the promise of his speed and athleticism, and become a very special part of the Tiger Nation in his senior year.

AlaTiger: Will this be White’s "money season?" Has he matured enough to grow into the promise that had him such a highly rated recruit? Now is the time for Darius to back the talk.

Bill C.: I'm not sure there's any one player on the Missouri offense who, if he put everything together for a breakout season, would raise the Tigers' ceiling higher. White has all the athleticism you would want, and in his two career touchdowns, he couldn't have looked like a more natural athlete/receiver. But in parts of three seasons, he's caught 13 passes and scored just twice. All the blue-chip hype in the world hasn't saved him ... yet. There's time. 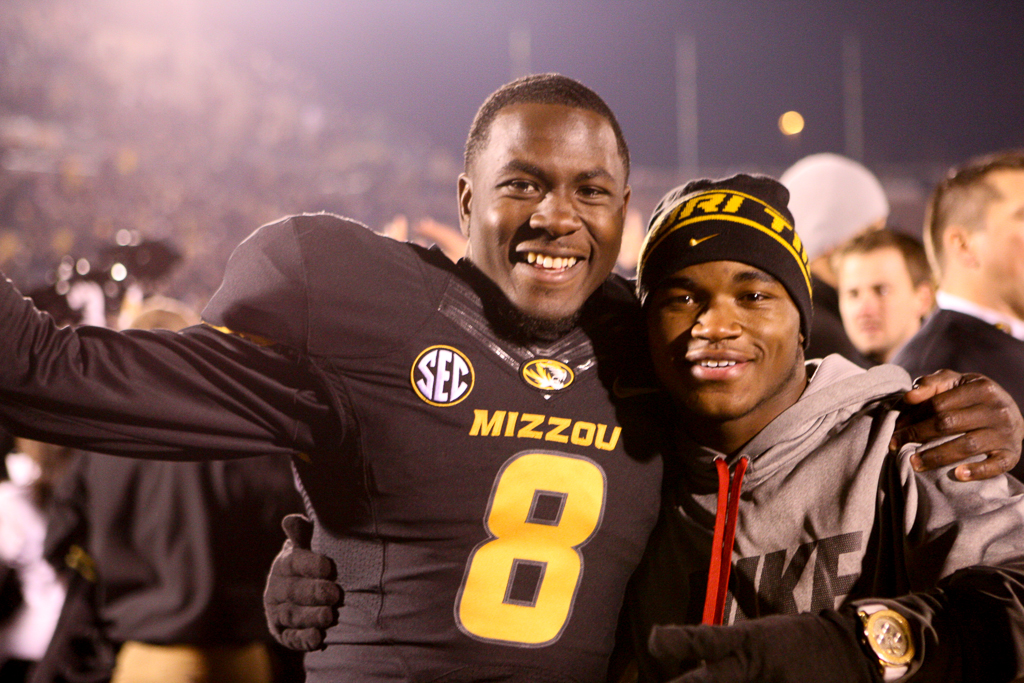