Share All sharing options for: Tim Fuller: the Ace Recruiter

In 2011 when Frank Haith was hired at Missouri, he ended up hiring an old friend to be his top assistant. Since then that friend, Missouri assistant coach Tim Fuller, has been a fantastic ambassador for Missouri Basketball. He's smart, intense and extremely likable (he even followed me on twitter!) Fuller has also helped to shape the future of the program, even with his friend and mentor Haith moving on.

From the moment he was hired he was labeled as an "ace recruiter" by several in the know. And for sure Fuller has shown that he can get in the door at just about any place he needs to. He's the primary reason why Jerry Meyer noted that the idea of Isaiah Briscoe and Antonio Blakeney both ending up at Mizzou isn't such a crazy idea.

Hearing that Antonio Blakeney and Isaiah Briscoe to Missouri not that far fetched.

Fuller is responsible for Johnathan Williams III coming to Mizzou. He's also responsible for running down Jakeenan Gant, and he's the main reason why Gant stayed when the head coach didn't. He brought in Jabari Brown and Alex Oriakhi as transfers. One of his best recruiting jobs was to get Rob Fulford on board as an assistant at Mizzou, which helped land Montaque Gill-Caesar, and possibly Thomas Bryant. That's not to mention any other possible 2016 guys that are giving Mizzou a look thanks to Fuller. 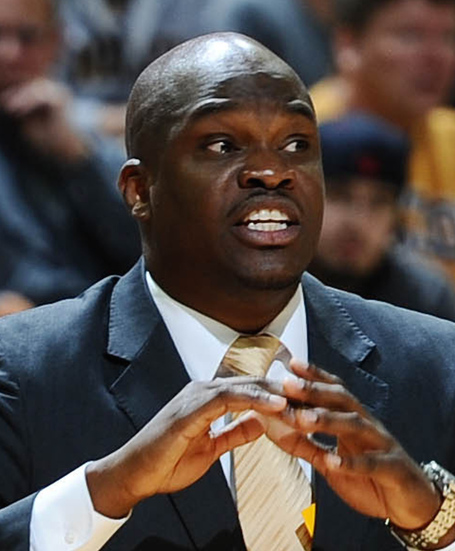 Fuller's MUTigers.com bio will give you the full back story of Fuller's climb up the coaching ladder, and how he landed at Mizzou.

At Louisville, Fuller was a part of a staff that set the foundation for the Cardinals National Championship in 2013. He spent one solemn season as an assistant there, but not before helping the Cardinals with a class that had Chane Behanan, Wayne Blackshear and Kevin Ware. At the time that Fuller left, the Cardinals had gotten a huge commitment from Rodney Purvis, the number 1 rated PG in the 2012 class. Fuller left, Purvis decommitted.

"Right now, they're talking to people, feeling them out and really not in a hurry to get on anyone's campus, just trying to develop a relationship to see if that touchy-feeling thing can develop with someone outside of Tim. That was part of the whole de-commitment with Louisville was to give Louisville's staff a chance to see if they can develop that relationship but also to be fair to themselves as a family to see if someone else can do it. They're not going to entertain a list of 15 schools or anything like that, but I don't know if you can say it's down to four."

Negus Webster-Chan (who did end up following Fuller, until he went to Hawaii) was also a Louisville commit, and UL was considered the top school for 5-star recruit Ricardo Ledo (who never qualified at Providence). Since none of the three ended up at U of L, Fuller has something of a reputation with our friends at the Card Chronicle. 4-star PF Montrez Harrell did end up at Louisville in that class, however. Harrell played for the CP3 All Stars AAU Team in High School before committing to Louisville.

Much of recruiting is about relationships. And Fuller has those. The kinds of relationships that Fuller has been able to build most likely start with his connection to Chris Paul. Paul is an NBA All-Star, and was an All-American at Wake Forest. Fuller was an assistant basketball coach at West Forsyth High School when Paul was developing into a star guard. Fuller ended up back at Wake Forest during Paul's sophomore season there (his last) and the two continued their relationship. Paul also funds one of the top AAU teams in the Southeast. The CP3 All Stars from North Carolina.

The CP3 All Stars
and Tim Fuller

It's good to be connected. 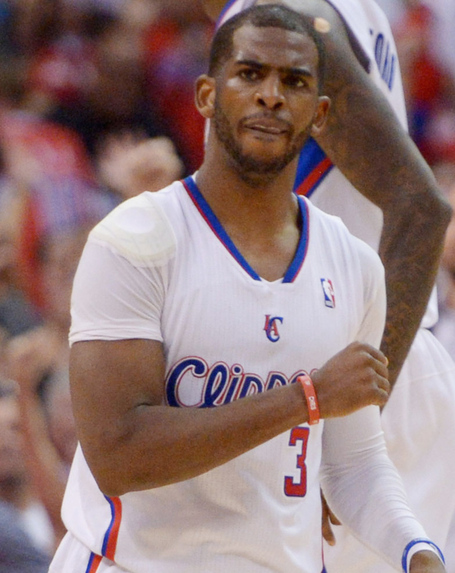 The CP3 All Stars is a good example to use on the importance of relationships because the Fuller connection runs as deep as anywhere, and the results are indisputable. Montrez Harrell went to Louisville thanks in part to the relationship with Fuller and the CP3 All Stars, Purvis committed to Louisville and considered Mizzou before ending up at NC State (he's since transferred to UConn). Scales committed then decommitted. Coger did the same. Shelton Mitchell had Mizzou in his top two and was rumored to favor Mizzou until he ended up at Vanderbilt. And Harry Giles, a prize of the 2016 class has been on campus to visit the school (though it seems that he is unlikely to end considering Mizzou). By having a close relationship with Chris Paul, Fuller by extension will be able to get in the door for almost any recruit that comes out of that AAU program.

That's not his only relationship though, that's probably just his strongest. Fuller also has a close connection to the Southern Stampede and the Atlanta Celtics. The Celtics boast kids with Mizzou offers: Josh Langford, Kobi Simmons, Kaiser Gates and Braxton Blackwell. Having worked at Nike, the relationship exists with the EYBL. Its through the EYBL that you get in on the premiere Nike sponsored AAU teams. One in particular is Each1 Teach1, Amare Stoudamire's AAU team that Antonio Blakeney is a part of. Another member is the New Jersey Playaz. Their top player? Isaiah Briscoe. There is a reason why these top players are popping up with Mizzou on their radar.

"Tim’s very genuine when he comes across with his recruiting and how he sits down and talks to people," said Tony Edwards, who coaches Coger and Purvis on the CP3 All-Stars AAU team. "He’s coached in high school, coached in college, and I think the experiences he’s had as a player, recruiter and coach have helped him as far as understanding the relationship with kids and what’s real and what’s not." (2)

It's up to the assistant coach to forge the relationship with the player he's recruiting. They have to get in the door. That is what makes Fuller more of an "ace" than most other assistants. He has that ability to get in the door and players obviously get close with him. Jakeenan Gant felt so strongly about Fuller that as soon as the Coach was kept on at Mizzou after Haith left, Gant affirmed his pledge to Mizzou. Gant's relationship with Fuller was so strong that Ahmed Hill, Gants AAU Teammate with the Southern Stampede, had Mizzou in his top two when he committed to Marquette. He strongly considered Mizzou when coach Buzz Williams left Marquette for Virginia Tech, only to end up at Virginia Tech and back with Williams.

So relationships matter, but what often matters most is the head coach. Frank Haith struggled to close with the big names that Fuller brought around. Haith couldn't close on Purvis, and missed on several other recruits that Fuller brought to the door. Now Fuller has some big time players knocking again, with October 11th potentially being a huge day for Mizzou recruiting. With 2 confirmed 5 star recruits coming in, a couple more rumored, Kim Anderson will have a big chance to do what Haith couldn't... Turn Mizzou into a 5-star destination.

* denotes unconfirmed, but believed to be coming in

1: Columbia Tribue: Purvis might not be out of Tigers' picture
2: Columbia Tribune: Missouri basketball assistant coach Tim Fuller has reputation as strong recruiter