Jeremy Maclin gets fired up after a win, Mitch Morse makes guarantees, and College Gameday visits the wrong Columbia for Mizzou vs South Carolina this week. And Mizzou turns 175.

Loud but safe for work:

Always appreciate this kind of info:

@jmac_18 is just the 8th receiver in NFL history to have at least 55 catches, and 750 yards in their first 4 season. @rockmnation

If you're a real glutton, the complete game, broken down by quarter:

PowerMizzou.com - Picking up the Pieces

The Tigers slept on their opponent, then played down to that team's level. They allowed the Hoosiers to hang around for far too long and were dealt an embarrassing loss by one of the worst teams from the conference that has become a laughing stock in the world of college football.

Tigers' performance confusing, out of character

Missouri's performance against Indiana was confusing and out of character, and now the Tigers have to prove that it was a one-time-only thing.

Tigers' performance confusing, out of character

However, in the spirit of discovery -- one of our core values here at the blog -- we wanted to see if we could quantify just how much more productive Markus Golden and Shane Ray are being this season than Michael Sam and Kony Ealy were last year.

"Indiana, congratulations to them. I thought they played a pretty good game. We battled and had a chance to win in the end and unfortunately we did not get it done. Any time there's a game that close you can go back and find a lot of little things that could have been different. Ultimately, it plays out the way it does. Like any game, win or lose, we'll go back and evaluate what we've done and where we need to improve and things we can correct. That's what we'll work hard to do starting tomorrow morning."

Mizzou’s Morse, "This is our ‘come to Jesus’ week." Team captain guarantees best week of practice coming up for South Carolina (VIDEO)

Offensive guard and team captain Mitch Morse knew the stakes were high moments after this defeat. "This is our coming to Jesus week guys.  I promise you this is going to be the best week of practice we’ve ever had."

David Morrison: Missouri drops out of the polls in advance of SEC opener

The Tigers (3-1) were ranked No. 18 in the AP poll and No. 19 in USA Today's before the loss, Indiana's first in 18 tries against a ranked opponent. Missouri is also receiving votes in both polls, tying for 36th with Cincinnati in USA Today and tying with Oregon State for 39th in the AP rankings.

D'Angelo Roberts' 3-yard touchdown plunge capped off a surprising upset win for Indiana, its first over a ranked opponent in 18 tries and Missouri's first home loss as a ranked team to an unranked opponents since 1979. Indiana put up 493 yards of offense and 241 on the ground, despite missing feature back Tevin Coleman for most of the first half. He still finished with 19 carries for 132 yards on the game and had a crucial 44-yard screen pass on Indiana's final scoring drive. Maty Mauk passed for 331 yards, Bud Sasser caught 12 passes for 153 and Russell Hansbrough rushed for 119 on 10 carries as the offense put up 503 yards, but it was a deceptively shaky performance. Especially from the offensive line, which was plagued by high snaps, missed blocks and four false start penalties.

The Bears were two years away from being a Big 12 threat. Robert Griffin III was injured. Freshman Nick Florence started for the Bears, a 14-point underdog that had already lost to UConn and Iowa State. Florence threw for 427 yards. Missouri was coming off a bounce-back win at Colorado. Blaine Gabbert’s mangled ankle was improving. Danario Alexander was the best receiver in the country. Gabbert threw for 468 yards. Alexander had 214 of them. And Mizzou still lost. That’s my pick.

Fanposts - Y'all really brought it

Personally, I really enjoy y'all's stuff. Maybe it isn't for everyone but I like reminding everyone that's it's there.

Out from the Bunker: Life After the Indiana Apocalypse - Blackfin 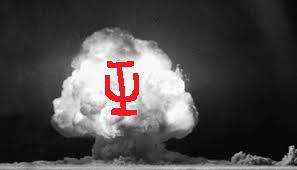 Details are sketchy. I remember the world of the before times. We had won the SEC East, to the surprise of everyone—even ourselves. We had gotten off to a solid start on the season, defeating teams we believed to be far beneath us. We were easily supposed to win one more, before the real season began. And then.. A flash of light came down from the B1G.

Well, as the saying goes, "That's why they play the games." The Tigers played a poor game -- honestly the poorest I've seen in many years, where almost no aspect of the game was clicking. Indeed, my overall reaction to the Hoosier loss can be summed up in one simple yet very descriptive word -- fugly -- which by coincidence, is spelled out via the first letter in each of my "thoughts" for this week, which are below. Enjoy! :)

SouthernTiger wrote an novel length reaction to this week in college football, check it:

At least that is probably what you might have thought if you were looking at social media during and after the game. There is a reason I try to not look at certain social platforms regardless of the outcome. Far to often it is full of either #HOTTAKES or just simply overreactions. However, curiosity got the best of me last night and maybe I just like to torture myself but I did decide to look through Twitter, Facebook, and Post Game Instant reaction thread. I saw lots of things ranging from worse defense ever, worse loss of the Pinkel era, #FIREEVERYBODY, OMG INDIANA, and if you thought of it odds are it was there.