Share All sharing options for: Tigers hope to slow the Huskies hot start

After a rough stretch of games on the road, Missouri returned to the friendly confines of Mizzou Arena and got back on the winning side of things by beating Arkansas State. You can read up on how that game went with Bill C's Study Hall. Things went well, for the most part. But the team faces a much tougher task in the rising Northern Illinois Huskies.

About Their Basketball Team

The Huskies are pretty good. They're not very good by any stretch, but this is a team that has been building from the scrap heap since Mark Montgomery took over for Ricardo Patton in 2012. The Huskies were 5-26 that year, and ranked 326th (out of 345) in KenPoms rankings. If you remember, that's the same year that Missouri finished 30-5. Since then, the Huskies have trended up slowly, and the Tigers plummeted last year, and finished below the Huskies (181 to 214). So where the Huskies are at this point, is undefeated at 7-0, but not really having played anyone too tough to date. Their best opponent to date has been Wright State, who is currently 198th in KenPom.

So Montgomery has thing moving up, and they'll provide a tough task for the Tigers tonight. But before we jump into keys or anything like that, let's talk find out a little about the Northern Illinois Huskies from somebody who knows them the best.

I'd like to thank the Hustle Belt, and specifically Kaleb Carter, for his help with this Q&A. I answered a few questions for Kaleb, and he reciprocated with answers to my questions. If you're into some hot MACtion, check out the Hustle Belt, they do a great job covering the teams of the MAC.

RockMNation: Mizzou fans are likely very unfamiliar with Northern Illinois basketball. But they're off to an undefeated season at this point, what has led to the Huskies early success?

Kaleb Carter: Well, most CBB fans are all too familiar with, the early nonconference schedule can be a hectic and confusing time. As confusing as anything to some MAC fans is the fact that NIU has the best record in the MAC West with six wins compared to zero losses. The defense and the fact that NIU is just more athletic than the teams it has faced so far is what is winning the Huskies games. The only game in which NIU has given up more than 70 points was in an 83-71 win over Cal St. Northride in its first game of the season. Since then, NIU's slow pace has benefitted them in its wins over a few D-1 programs. Additionally, NIU has had the opportunity to smash some smaller schools, so any stats you're looking at from there could be a bit skewed.

RMN: Mark Montgomery took over a moribund program in 2012 and has steadily built them up, what has he done to change the culture in DeKalb?

Carter: This is a program that hasn't registered a winning season since the 2005-06 season and has had a handful of single-digit win totals over that span. What's different about this team? He has them believing in defense, and he is recruiting better talent than what has been in DeKalb in years past. They were already a team that prided itself on defense in Montgomery's first few years, but this year they are finally looking like a team that could at least compete in the west, especially with that division looking particularly weak right now. NIU is outrebounding its opponents by about 12 a game and is creating turnovers. This is a team that went from winning around 5-9 games to working its way towards .500 and acts as a threat to any team that lets its guard down in the MAC.

RMN: Who are the players that you think Mizzou needs to key in on in order to have success against the Huskies?

Carter: Player-wise, Marshawn Wilson or Aaric Armstead could have some success if the Tigers aren't careful. They're both quite athletic, and Wilson can finish around the hoop as well as make you pay from distance. Travon Baker is another type you want to shut down from hitting a spurt. Baker is only averaging 8 per game, but put together an impressive string of buckets against Wright State and has shown he can distribute the ball effectively. He easily leads the team in assists. Marin Maric is another guy that Missouri will have to play strong against. He's a traditional back-you-down-right-through-your-body guy. I got a bit long-winded, but in my opinion, you're really going to need to slow down Wilson most.

RMN: What the areas of concern with the team to this point, and how should Mizzou approach the weaknesses to come away with a win?

Carter: The Tigers are going to want to speed the game up, that much is for sure, so putting pressure on guards, maybe even just giving the Huskies a relaxed full court look to disrupt their timing in the halfcourt could prove effective.

RMN: Last, how do you see this game playing out? And what is the final score?

Carter: The Huskies have played no one nearly close to as athletic as Missouri is. This team is going to have to really impress before I pick them to beat an SEC team. Missouri wis 74-55.

Wow, ok, so Kaleb doesn't think the Huskies have much of a shot. Let's hope it works out that way. But thanks again to Kaleb Cater, give him a follow for hot MACtion takes.

So we know a little about Northern Illinois, but how do these two teams matchup. Who better to break down the numbers than Ken Pomeroy. Green is good, red is bad.

Now some of these stats are skewed by competition, to date the Huskies have played one of the weakest schedules in the country. If you go back to our pre-season preview of the non-conference schedule, you might remember that a 14-16 team from last season lost 41% of their minutes and 45% of their scoring. The Huskies also play a lot of freshmen, and haven't been punished to date for it because of their schedule.

Kaleb made a point about it in the last question, Missouri simply has better athletes. And the Tigers need to simply take advantage of their athleticism advantage to punish the Huskies in as many ways possible.

Missouri has largely avoided poor shooting in their home confines, and Northern Illinois is just efficient enough on offense that if the Tigers aren't sharp, this will be a very difficult game.

The Huskies are one of the better three point shooting teams in the country at this early stage of the season. The Huskies also haven't been challenged away from home, so this game will be a real test of their three point shooting acumen. Plus, as we know, the 3-point shot is always the great equalizer and if the Tigers can limit the Huskies success from three, they should have an easier win. 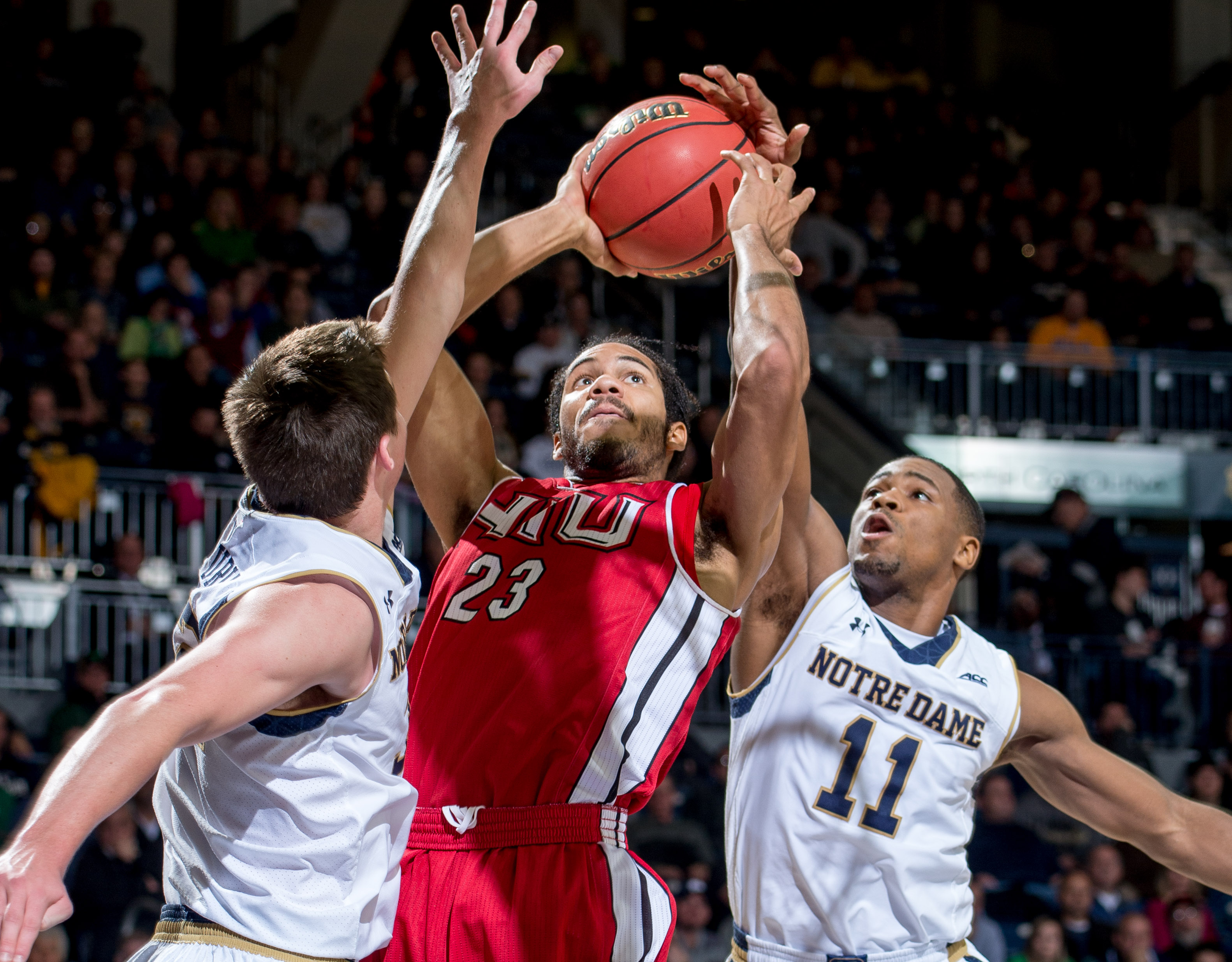 The recipe for this game is simple. Missouri's ceiling is much higher than Northern Illinois. Both teams are relatively young, but the Tigers have the advantage of playing at home. This is the strongest advantage going in the game for Mizzou, they're a better team at home. The key players, specifically Namon Wright and the freshmen, all play better at home. They're far more likely to get the score into the 70's and 80's and playing a faster pace when they're in a comfortable place like Mizzou Arena. And I think that's what this game largely comes down to.

I don't see the blowout that Kaleb sees, I think it plays much closer, but I think the better athletes playing at home pull out the win and easier than what the projections and Vegas says. I think Mizzou wins this by around eight. I'll predict a score of around 80-72.