Most of us have had the same complaints in recent years. College basketball has gotten slower and less fun. The tempo is down, the whistles are up, and there's a timeout every 45 seconds or so. A given game could produce 40 fouls and 50 free throws, last nearly two and a half hours, and produce a 68-64 final score. The payoff for following the sport isn't as grand as it once seemed to be. And if you're a Missouri fan, that feeling goes double. Triple, maybe.

The relationship has grown stale, in other words.

But if there's ever a chance for us to rediscover that spark, it will be over the next three to four weeks. March Madness is still wild and fun. On Tuesday, four more Dance tickets get punched (!), and the ACC Tournament begins in Greensboro. Let's see if we can't fall in love with this sport all over again.

Steve Masiello, humbled with an updated résumé, is doing one hell of a job at Manhattan.

On March 26, 2014, just one day after officially agreeing to a contract with South Florida, the deal was rescinded after a routine background check uncovered a discrepancy on Masiello's résumé. It turned out the head coach had not, as he had claimed, earned a bachelor's degree from the University of Kentucky in 2000.

Humbled, embarrassed, and harboring the knowledge that a lie forced him to lose out on a five-year deal worth $6.06 million, Masiello returned to Manhattan. He was placed on unpaid leave until he finished the course work necessary to earn his degree, something he accomplished on May 29. [...]

Masiello knew there would be no success in 2014-15 without regaining of the trust of his returning players. That started at the top with senior Emmy Andujar, a 6'6 forward who has gone from a three-year role player to an all-conference performer averaging 16.5 points and 7.5 rebounds per game.

"As soon as the ball went up, it started feeling like a normal season," Masiello said. "My players never wavered on me." 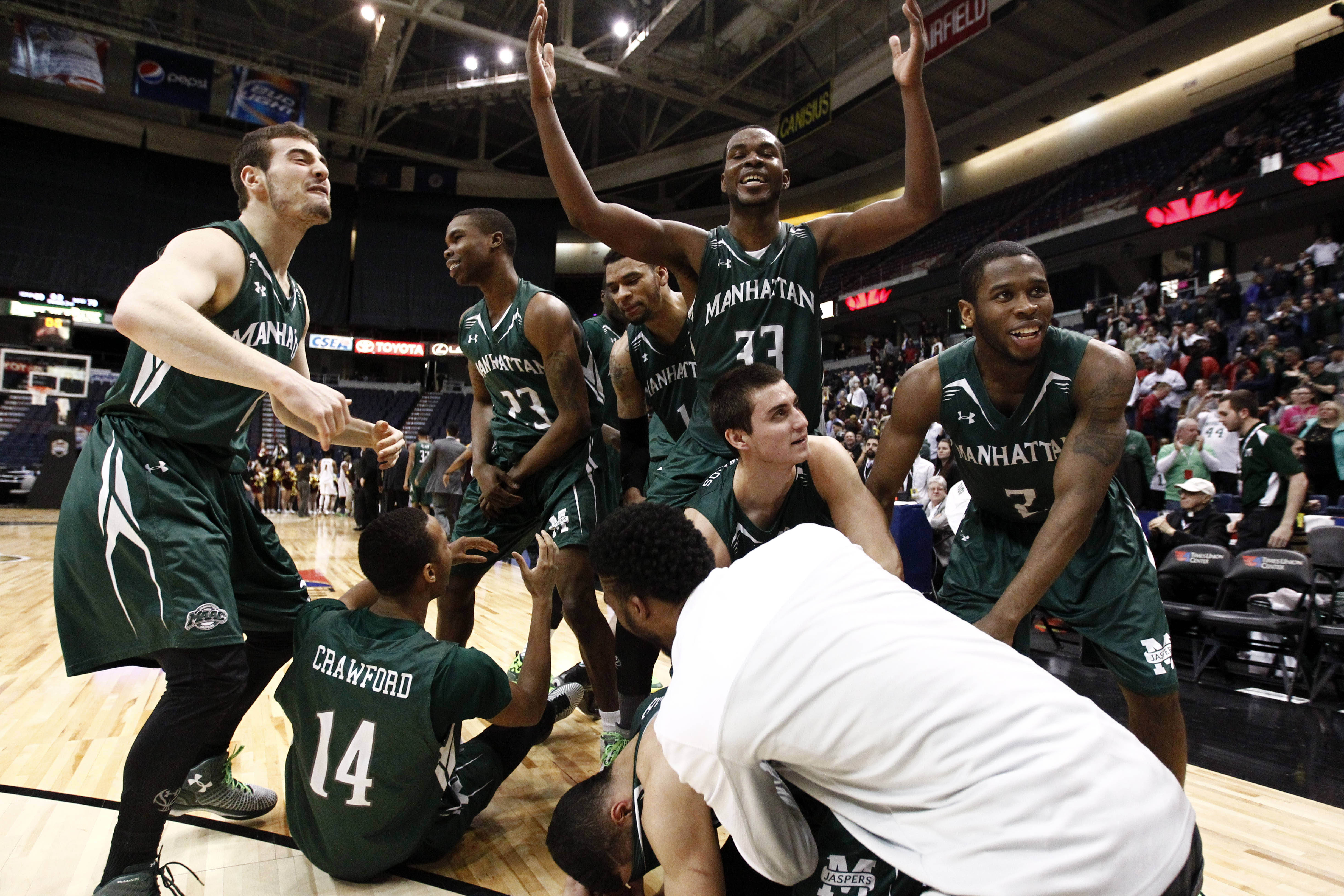 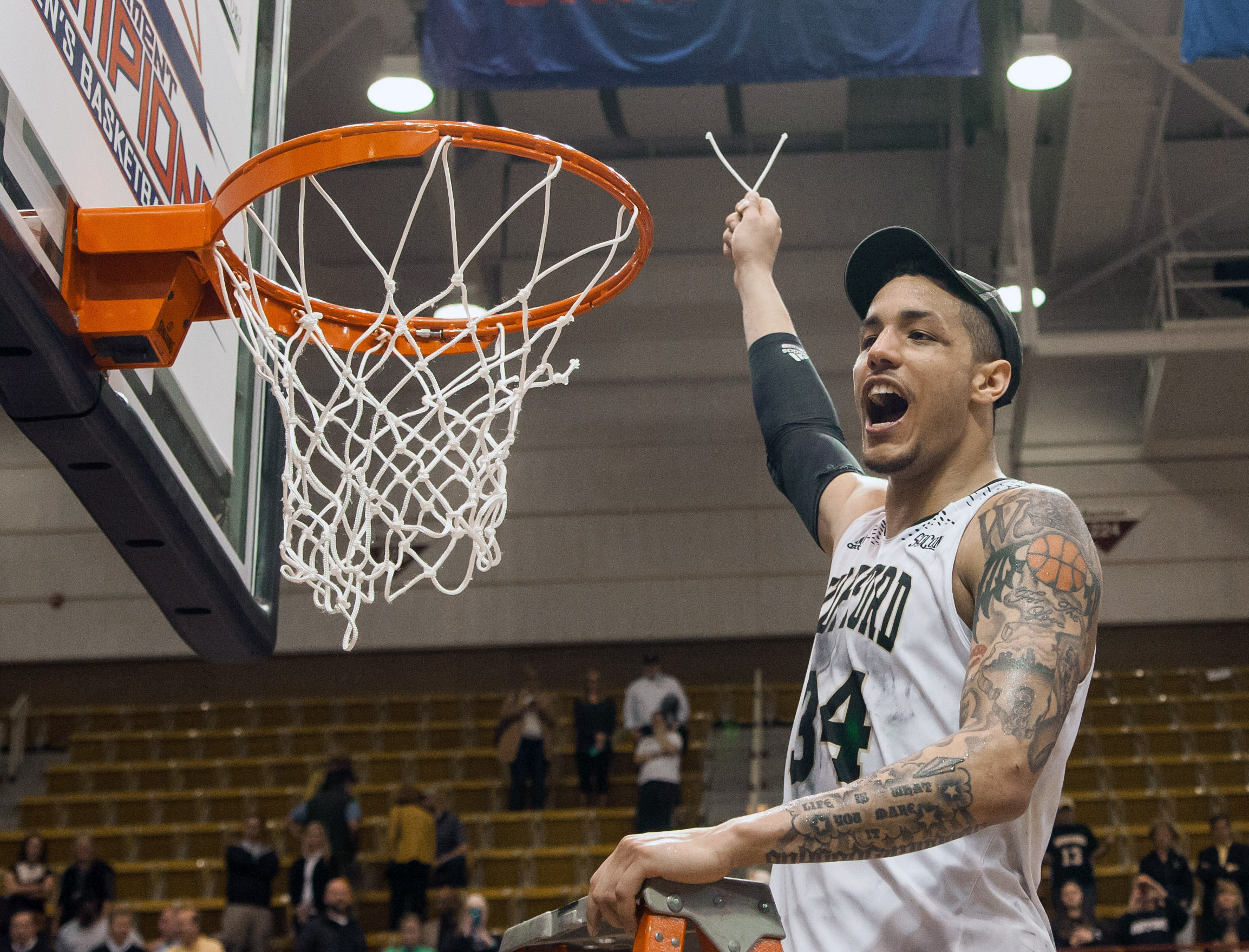 And even more celebration shots! 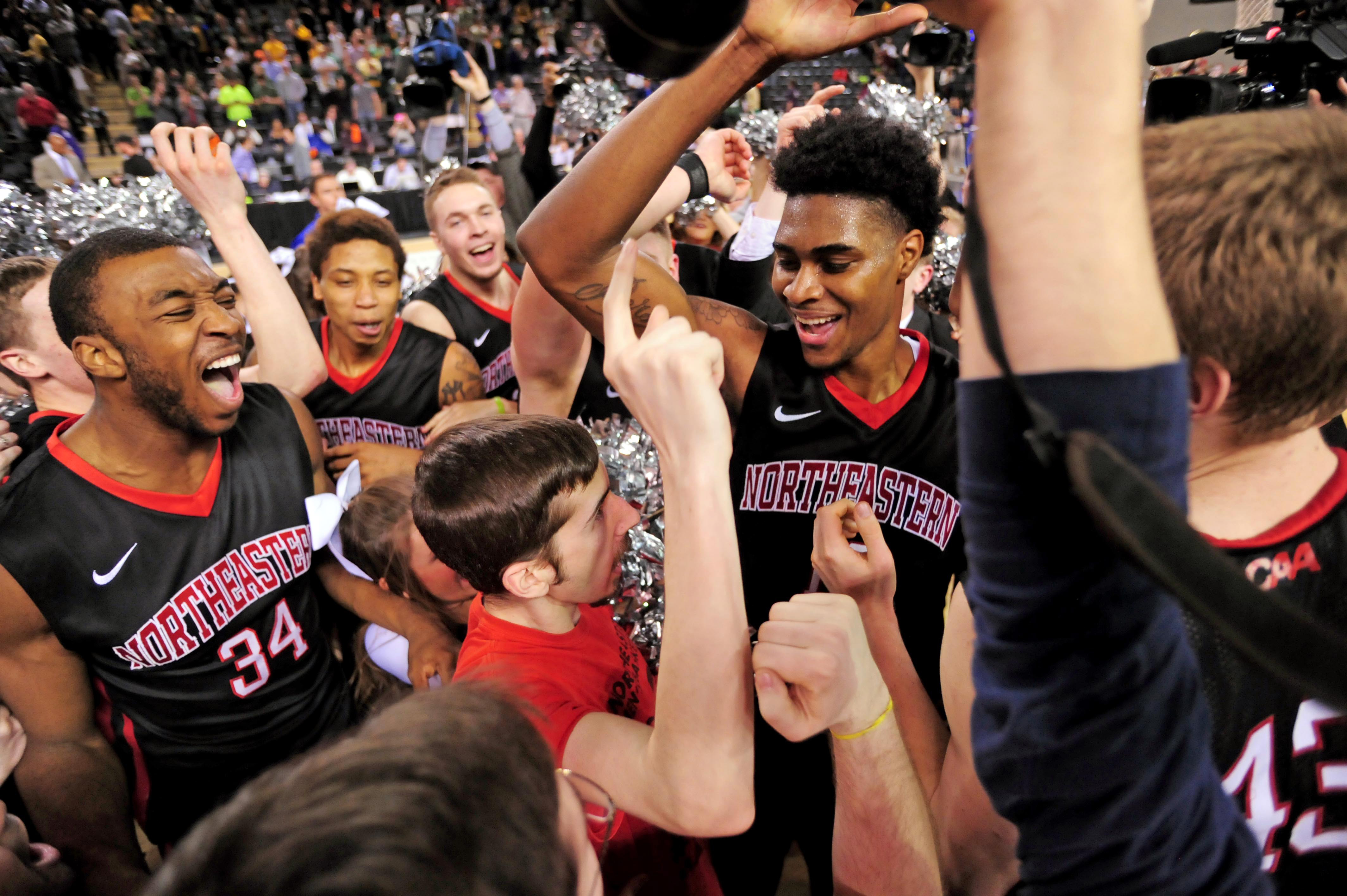 The ACC tourney begins now, and the tourney finals tip off at 6.

Together, we will learn to love again.