Things are about to heat up as the last roster spot should be wrapped up soon, and we'll find out who, if any, players are defecting

Share All sharing options for: Catching up on Mizzou Basketball Recruiting: March 2015 edition

With March coming to an end, the spring recruiting period is about to heat up. The last time we chatted about recruiting it was the end of February and Mizzou was really trying to just make it to the end of the season in once piece. With the news coming out about Tim Fuller yesterday, we've seen the first step towards remaking this roster and staff for next year. There will be more on that in the coming days, for now let's stick to the plan and talk about recruiting. I apologize if this post is a little messier than usual, the Fuller news caused a bit of a disruption in the news cycle.

The scholarship situation hasn't changed since last time, but the graphic has (you may have noticed a new header image too)!

Mizzou is likely to have some roster turnover that is "unexpected" from a standpoint in that an underclassmen leaves before his eligibility is up. At this point we don't have names of who they are and who they might be and we'll just address the changes as they come. In the meantime, let's kick this off with a few new names, because that will give us a better expectation of what Mizzou plans on doing with their last scholarship.

Shortly after the last update was published news came out that Mizzou had offered Martavian Payne and Russel Woods of John A Logan College in Illinois. JALC is located in Carterville, IL which is where Kim Anderson was headed when his plane had to stop for an emergency landing. That night JALC was playing Vincennes Univeristy, and KA was going to check out Mychal Mulder but also scout Payne and Woods. So let's kick this off with some quick words on both those two...

Good news is that both players are scheduled to visit Mizzou on March 30th.

It's important to remember that ANY transfer Mizzou looks at will have to be immediately eligible. If a player pops up on your twitter feed and you think it would be a good fit at Mizzou, dismiss that player if they aren't going to be eligible to play next year. Fifth-year senior transfers fit that description because its a short term solution to experience while also keeping a scholarship open for next year.

The first name to make it onto their list is Mike Thorne Jr., a 6'11" 270 lb center who has been at Charlotte up to this point. Thorne is a redshirt junior and on track to graduate at the end of the spring semester meaning that he would be eligible to transfer. Evan Daniels reported that 27 schools have reached out to Thorne, Mizzou is one of them. The benefit to Thorne is that he brings immediate production (10 ppg/7 rpg last year), and keeps a scholarship open for the 2016 class where Mizzou is in on a lot of recruits. 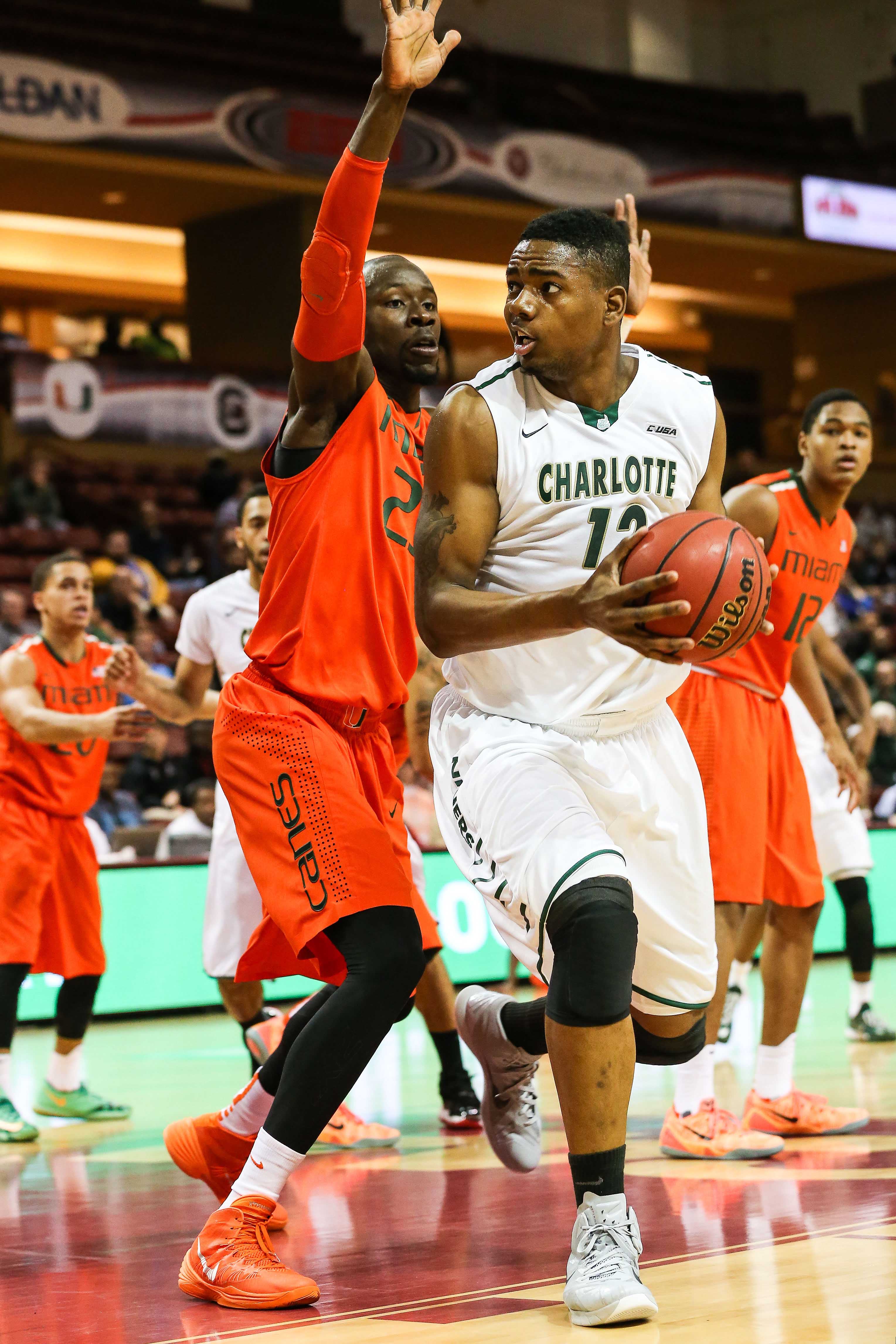 Tyler Harris, a 6'9" Forward from Providence by way of NC State, is another post player with immediate eligibility. Derrick Gordon, a combo guard from UMass, is also a player that I'm sure the coaches will check in on. I know these players are on the short list at this point, but I don't think either player is that likely as they both expressed a desire to play in the NCAA tournament next year, and that may not be realistic at Missouri. There are a few other names floating around, but until it solidifies a bit more I'll keep it short.

Moving on to non-grad transfers

Spring signing period starts April 15th, that's 3 weeks away. As the news comes in we'll comment on it and talk about it. So get ready because things are gonna get busy and get busy quick. I expect to keep more regular updates now that we're this close and any player defections will likely come out soon. As usual I'll try to stick around the comments here and there and answer any questions I can.