Tiger Flashback: Mizzou beats Syracuse in 1994 to advance to Elite 8

Share All sharing options for: Tiger Flashback: Mizzou beats Syracuse in 1994 to advance to Elite 8

The Sweet 16 begins tonight, and while Mizzou didn't quite make it this year, there's no reason we can't do a little bit of reminiscing before games tip off. Thanks to the wonders of YouTube, we can watch what is almost the full 1994 West regional battle between Missouri and Syracuse.

You can find a partial box score for the game here. Syracuse's Adrian Autry and Lawrence Moten combined for 60 points on 21-for-43 shooting; the rest of the then-Orangemen had 28 points on 12-for-30 shooting. Mizzou, meanwhile, was balanced as always. All five starters scored in double digits (and almost nobody else scored at all), and the Tigers were led by Melvin Booker's 24 points (7-for-13 FG, 8-for-9 FT) and a breakout 24 from then-freshman Kelly Thames (9-for-15 FG, 5-for-7 FT).

Back to themselves, and back to the Sweet Sixteen for the first time in five years, Missouri met fourth-seeded Syracuse. On a Thursday night in Los Angeles, Missouri looked like a number one seed for thirty-five minutes, leading by eleven points with five minutes to go, but a Herculean effort by Syracuse's Adrian Autry--he scored thirty-one points, all after halftime--forced overtime. That's when the Tigers made another typical stand. Booker opened the extra period with a three-pointer, and Frazier finished off the Orangemen with a long pass to O'Liney for an easy bucket. Missouri's 98-88 win put the Tigers in a regional final for the first time since 1976, on the precipice of their first Final Four ever.

I don't recall what happened after that. I assume they went on to reach the Final Four, right?

But I do think I remember this guy... 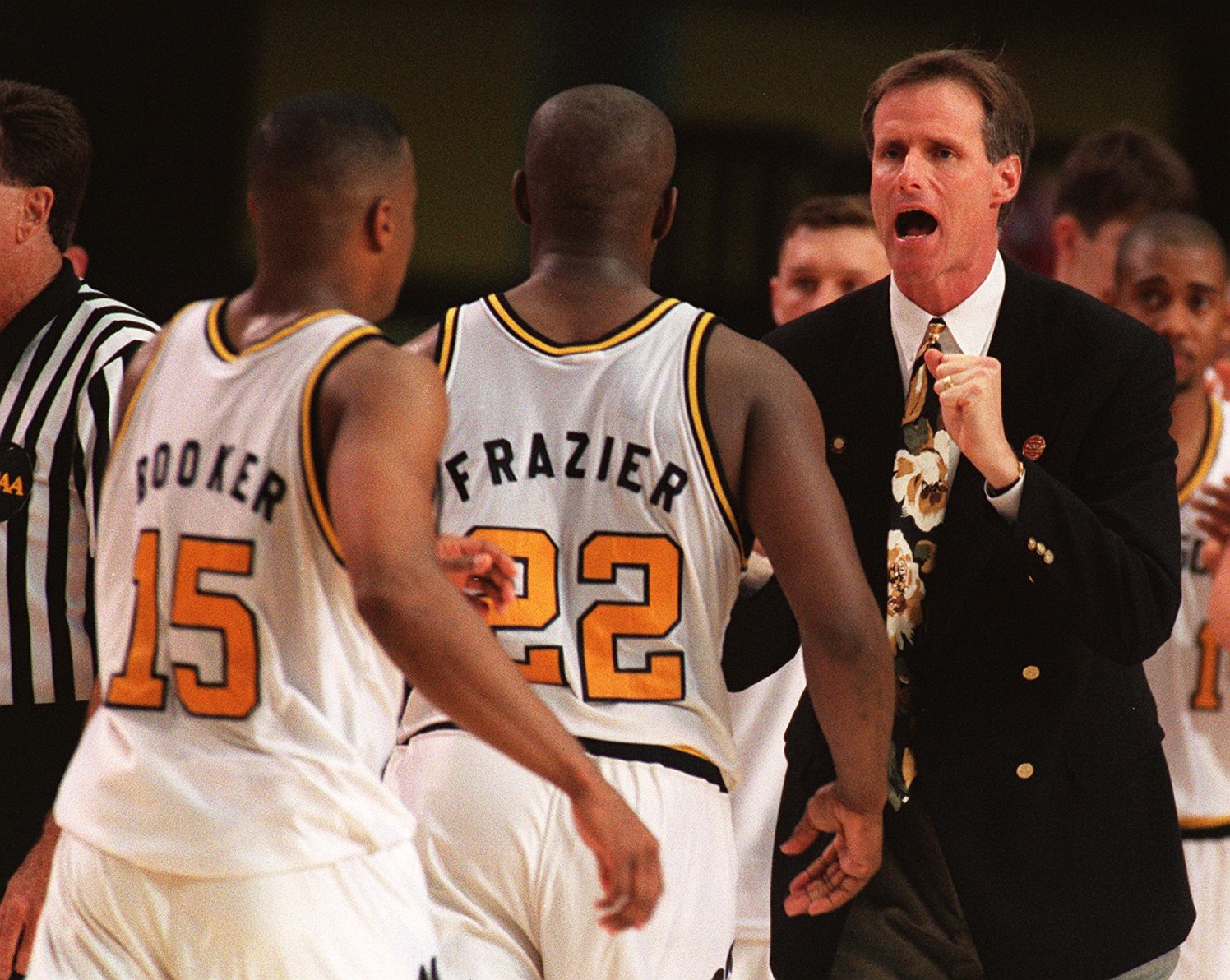