Share All sharing options for: Booches: The best burgers on wax paper

Today’s downtown Columbia is experiencing growth typically associated with a trendy college community. High rise apartments and retailers are scattered throughout the corners downtown, and construction often occupies others. In a time when this growth threatens some of Columbia’s beloved locations, one restaurant tucked away on Ninth Street remains constant.

Booches has witnessed Columbia’s growth ever since its start back in 1884, but the changing times aren’t so evident within its walls. Guests dine on old, wooden furniture and pay with cash only. One large menu is plastered on the wall, where you can also find an old payphone alongside pictures of baseball greats and historical moments in Mizzou sports. 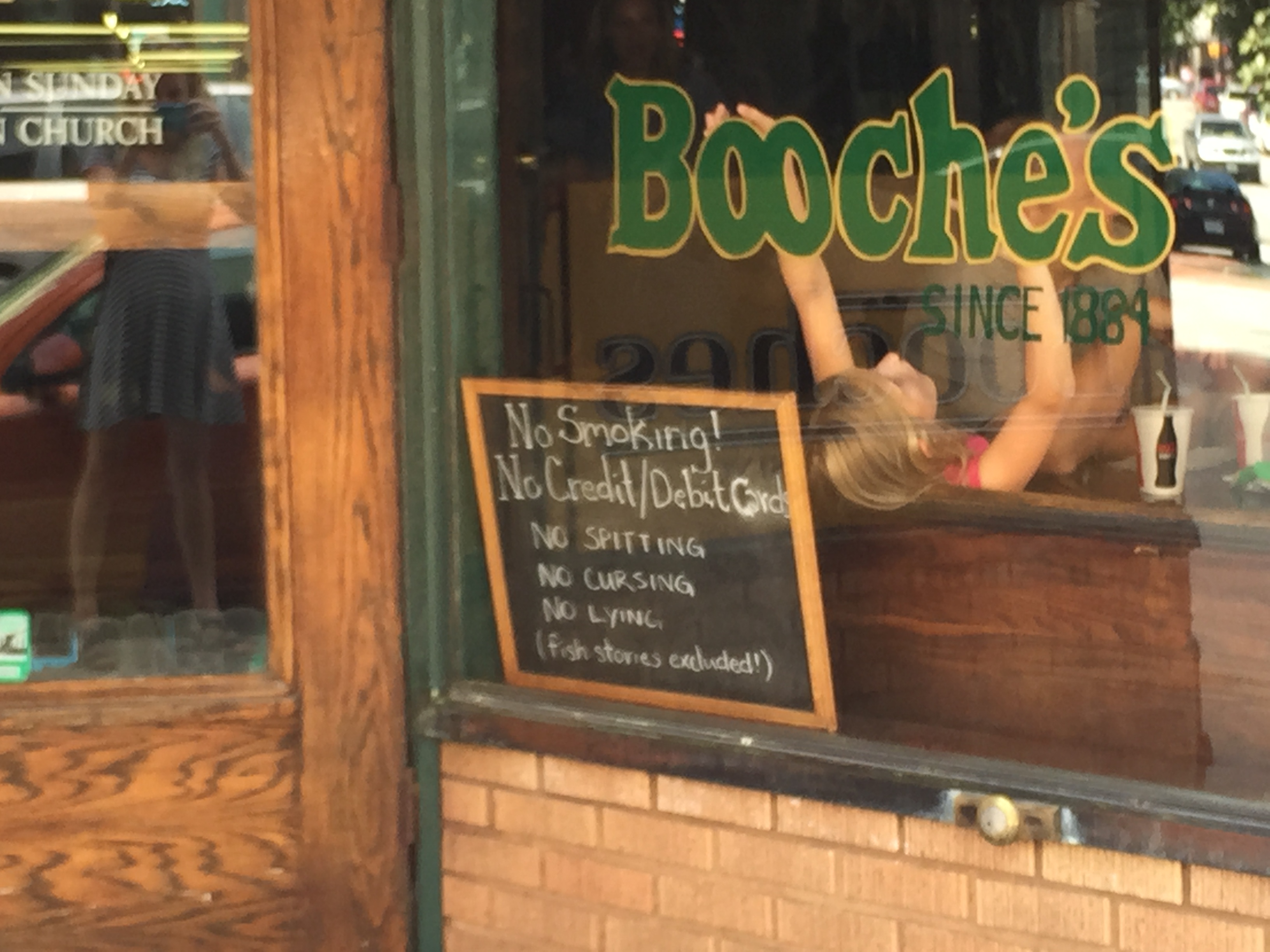 Perhaps one of the most notable features of Booches is the row of pool tables occupying most of the room. Pool sticks line the wall parallel to the six pool, billiard and snooker tables. Even though the hall is favorable for interested players, co-owner Rick Robertson said the restaurant doesn’t host tournament play as often anymore as it aims to create a friendly atmosphere for anyone to play pool.

Booches’s fame wasn’t earned solely through its pool play. The small grill on the side of the bar creates some of the best burgers there are. With your choice of chips on the side, the burgers—typically ordered in pairs due to their slider-like size—are served on wax paper in true Booches fashion. The large menu reminds customers of USA Today’s declaration of Booches’s burgers as some of the best in the nation. 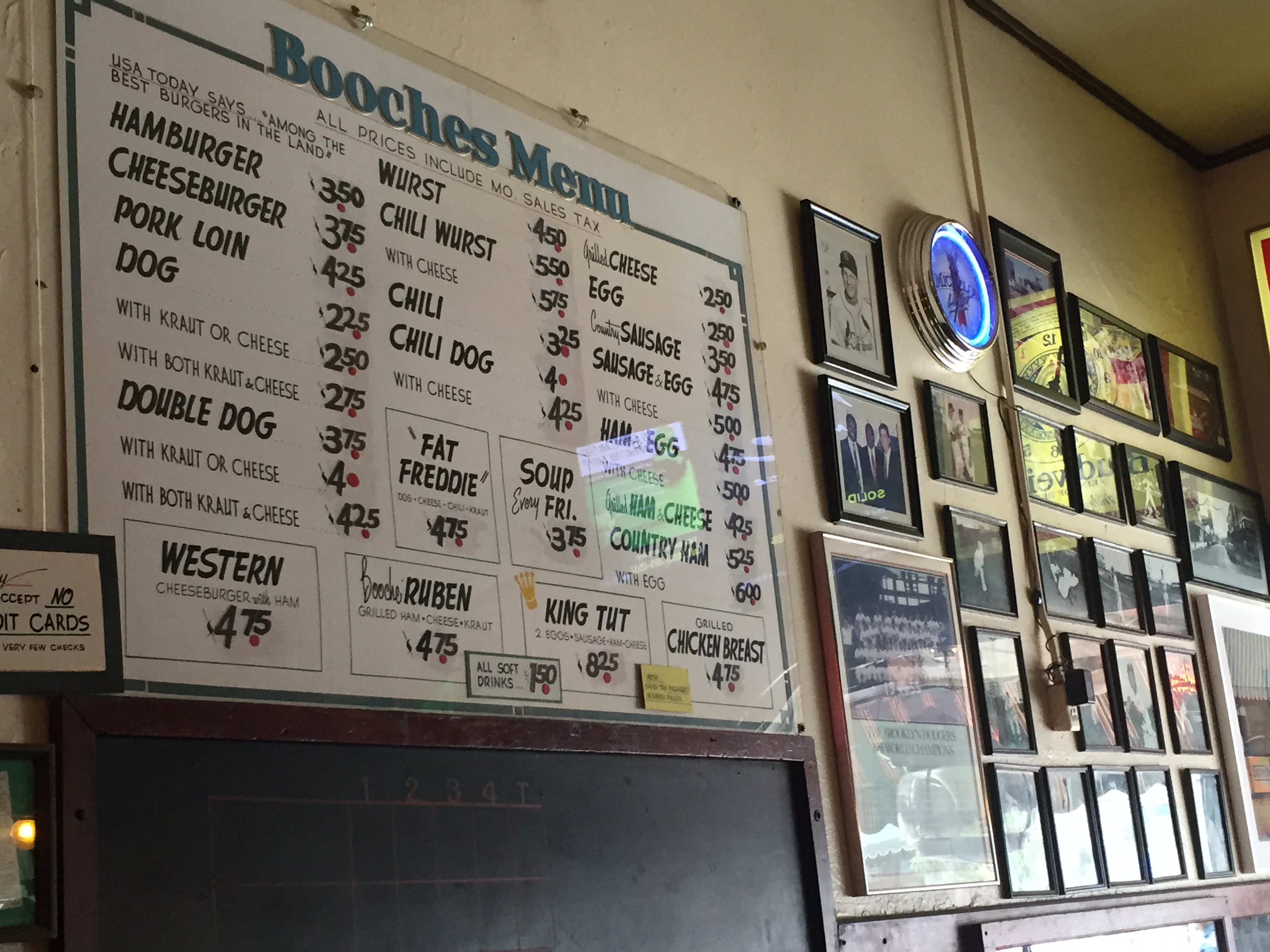 "Quality product is our main focus," Robertson said. "Consistency and quality. That’s what we’re all about."

The promise of great burgers combined with the restaurant’s history in downtown Columbia make it an easy target for Mizzou fans, students and alumni. With Mizzou memorabilia scattered along the restaurant’s walls, Booches’ support for the university is clear. Roberston said the relationship is mutual, as sporting events often draw larger crowds to the restaurant. 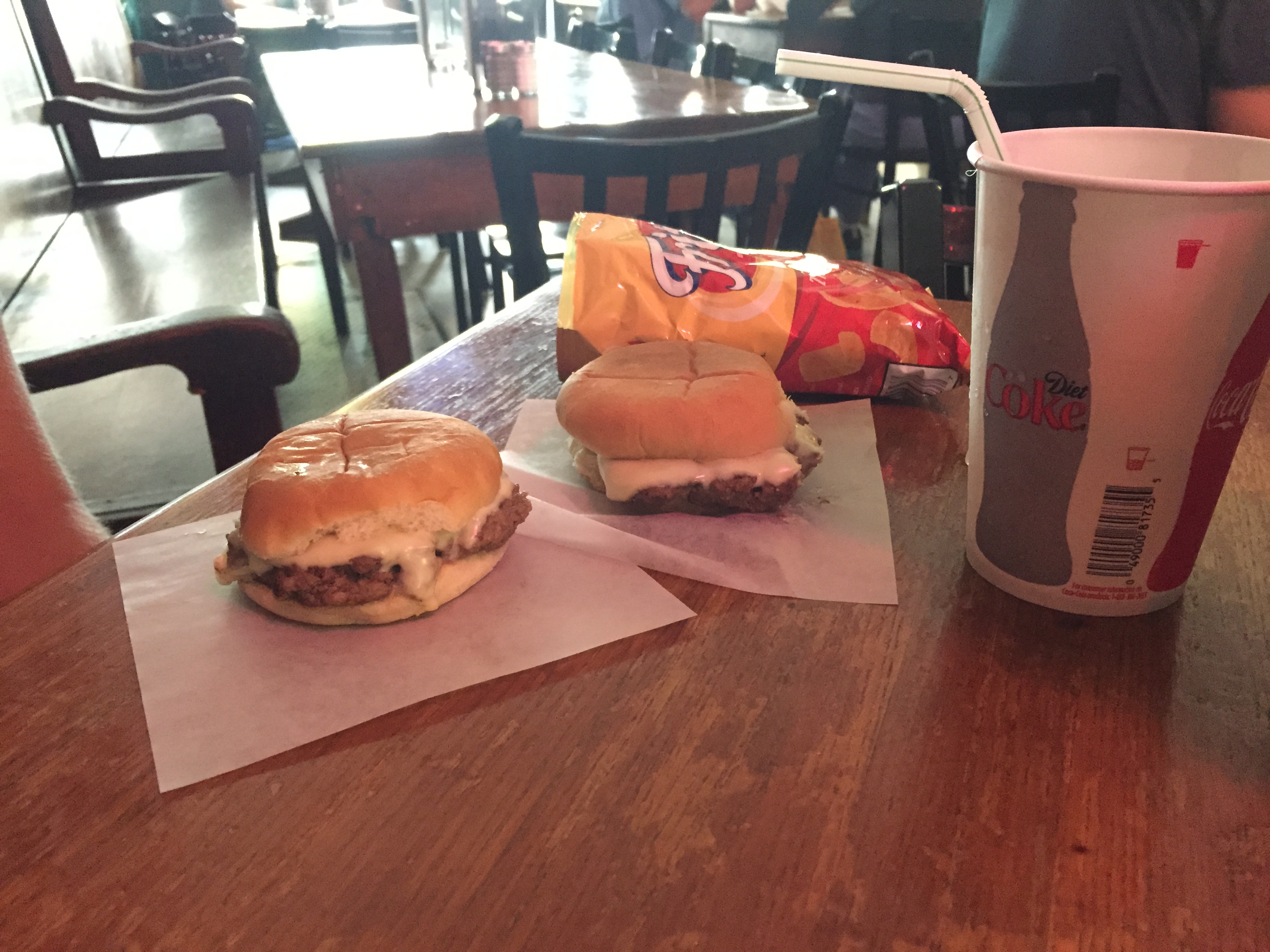 "You get all these people who came as students and come back as alumni and bring their kids in," Robertson said. "I would like to think that they keep coming back because they’ll get the same experience every time."

Robertson joked that the only change he can think of to the Ninth Street location is the addition of two flat-screen TVs. He said the restaurant holds a lot of history, and that’s something he wants Booches to reflect consistently.

And as for the future of the restaurant… 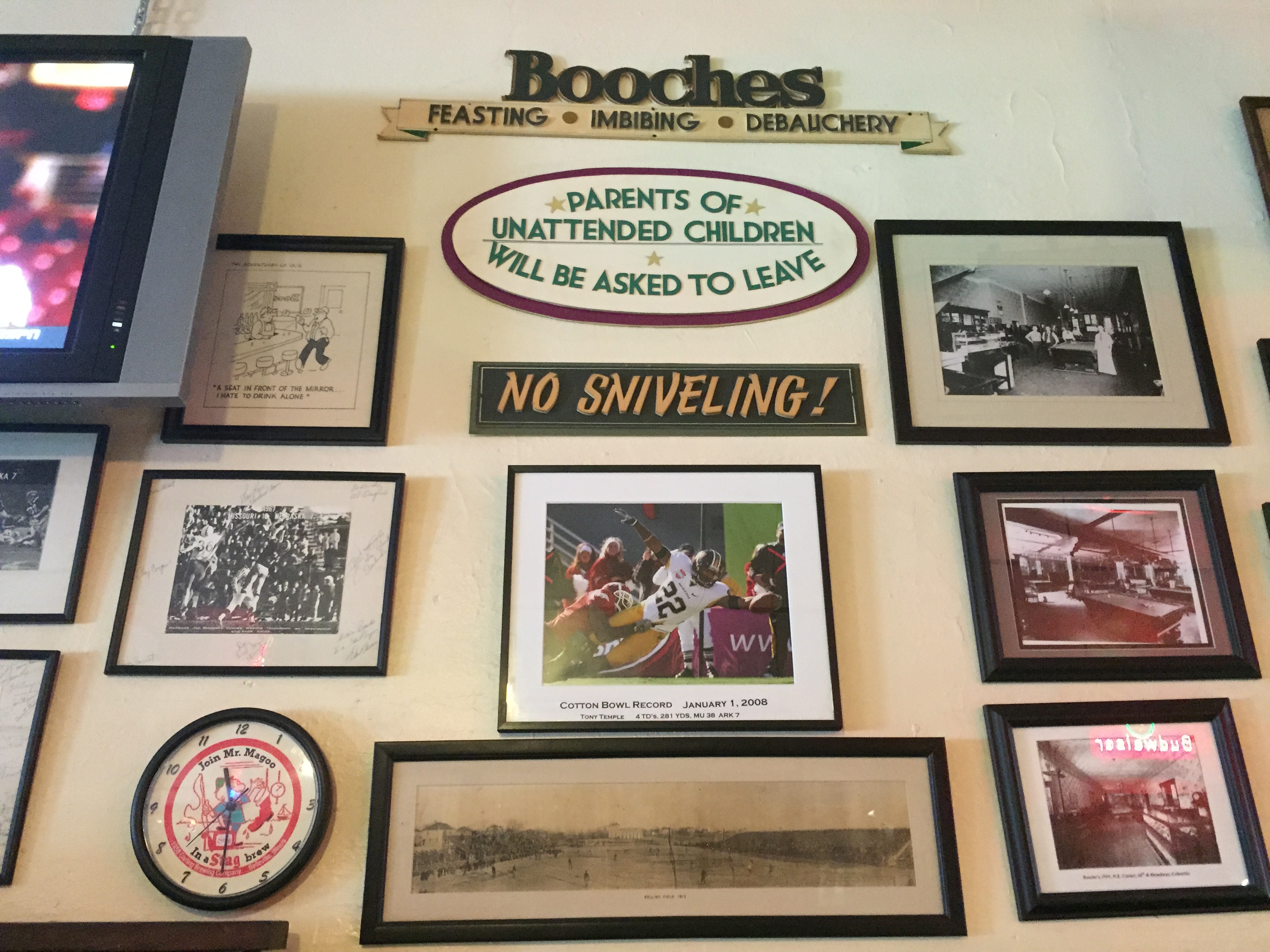 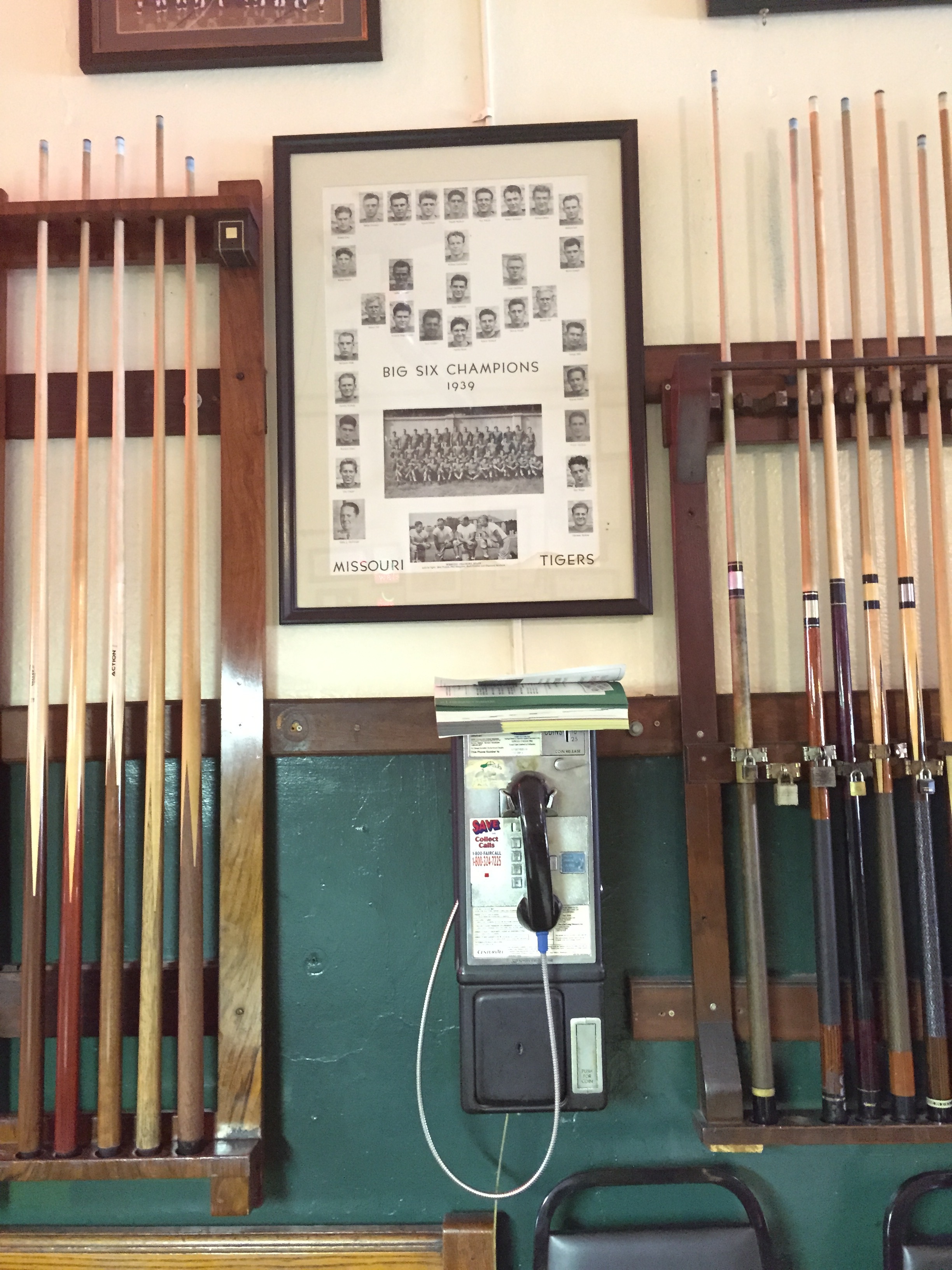 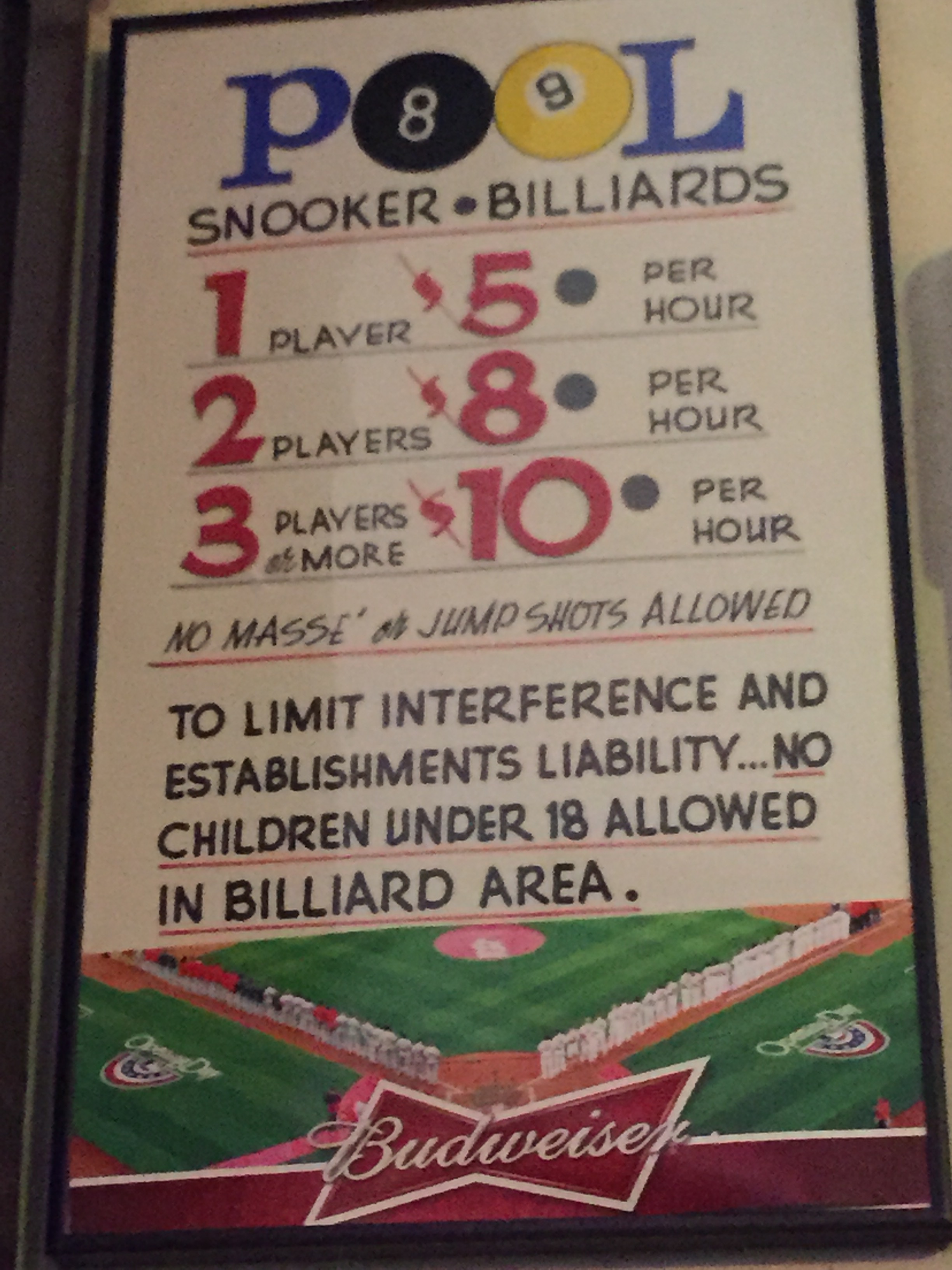 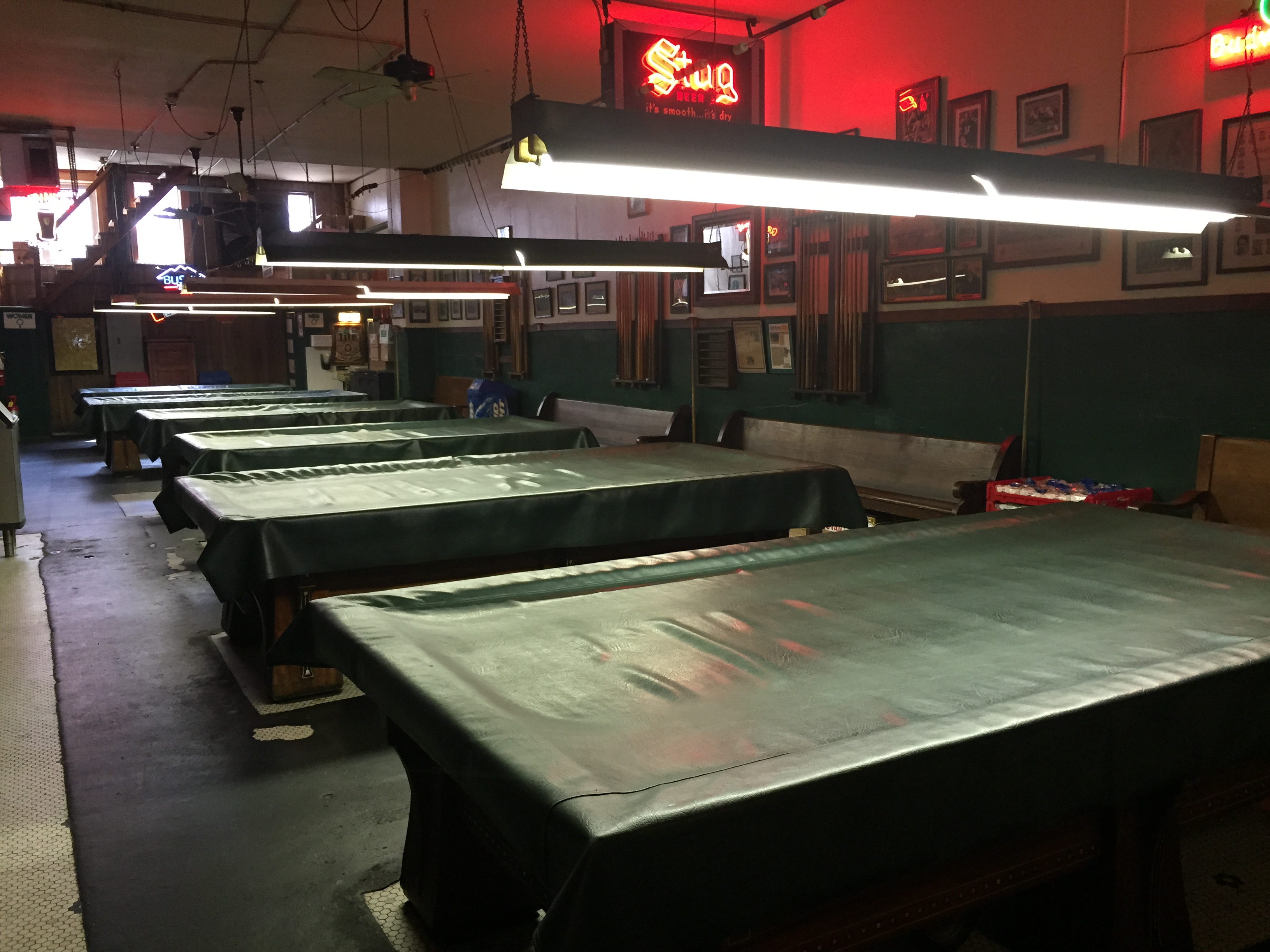