Jack Peglow: Witter heads into the 2015 season looking to make a name for himself beyond, "Wait, that’s not Hansbrough or Murphy?" And boy, could the offense use that kind of production. Hansbrough should most definitely receive a bulk of the carries, but even the greatest running backs can’t do it all by themselves. Witter has looked good in Spring and Summer; hopefully he can carry that over to Fall.

The Beef: I think Witter, for now, stands to gain the most work stemming from the departure of Murphy, though I think that will be split pretty evenly between he, Hansbrough and even Mauk to some extent, with the new 3rd RB picking up a little bit as well.

It will be interesting to see if there is any movement to getting him more into space, though it appears (at least by last season’s stats) that catching the ball out of the backfield may not be something they are entirely comfortable with him doing. Hopefully another year in the program will help Ish start to run with a little more confidence, allowing him to move that per-carry yardage up into the 4s.

switzy227: Witter had an unfortunate (but understandable, for a freshman) tendency to run to one side then slow down when he saw so many wrong colored jerseys in front of him. If he can get that quickness moving in the right direction more often this season, I suspect everyone is start looking forward to seeing him get the rock from time to time.

Kacc56: Witter enters the year as the pretty clear-cut number two guy out of the backfield. Another in the line of smaller backs, having some explosiveness from the backup is always a good thing, and Witter could make a Hansbrough-esque sophomore jump (they do have similar freshman stats).

jaeger: Ish looks like just another Mizzou scat back, and I mean that in the best possible way.

Fullback U: Another 5’9 (ish) running back, Ish Witter basically reminds me of a younger version of Russell Hansbrough. The way I see the rotation working out, he’ll provide a similar role when he’s on the field and will enable Mizzou to commit to a run-heavy offense. He also has a pretty sweet name.

Bill C.: I can't embed it, but watch Witter's touchdown run against Texas A&M. That is the Ish we began to see more of late last season: decisive, quick to the corner. I also like the attitude he runs with on this run -- he doesn't just cut back to avoid that last-ditch tackler, he slaps the guy on the way by.

Witter rushed for only 3.7 yards per carry last year, but he basically had two difference seasons. In the first seven games, he rushed 14 times for just 24 yards (1.7 per carry); in the next seven, he rushed 13 times for 77 (5.9). He began to read what was going on in front of him and, aside from when he got bent in half against Alabama, seemed far more comfortable on the field. This was a small sample, but it's the best reason I can give for why I'm really excited about the development of a guy who had a paltry per-carry average last year. Can't wait to see what this guy does after an offseason in the program. 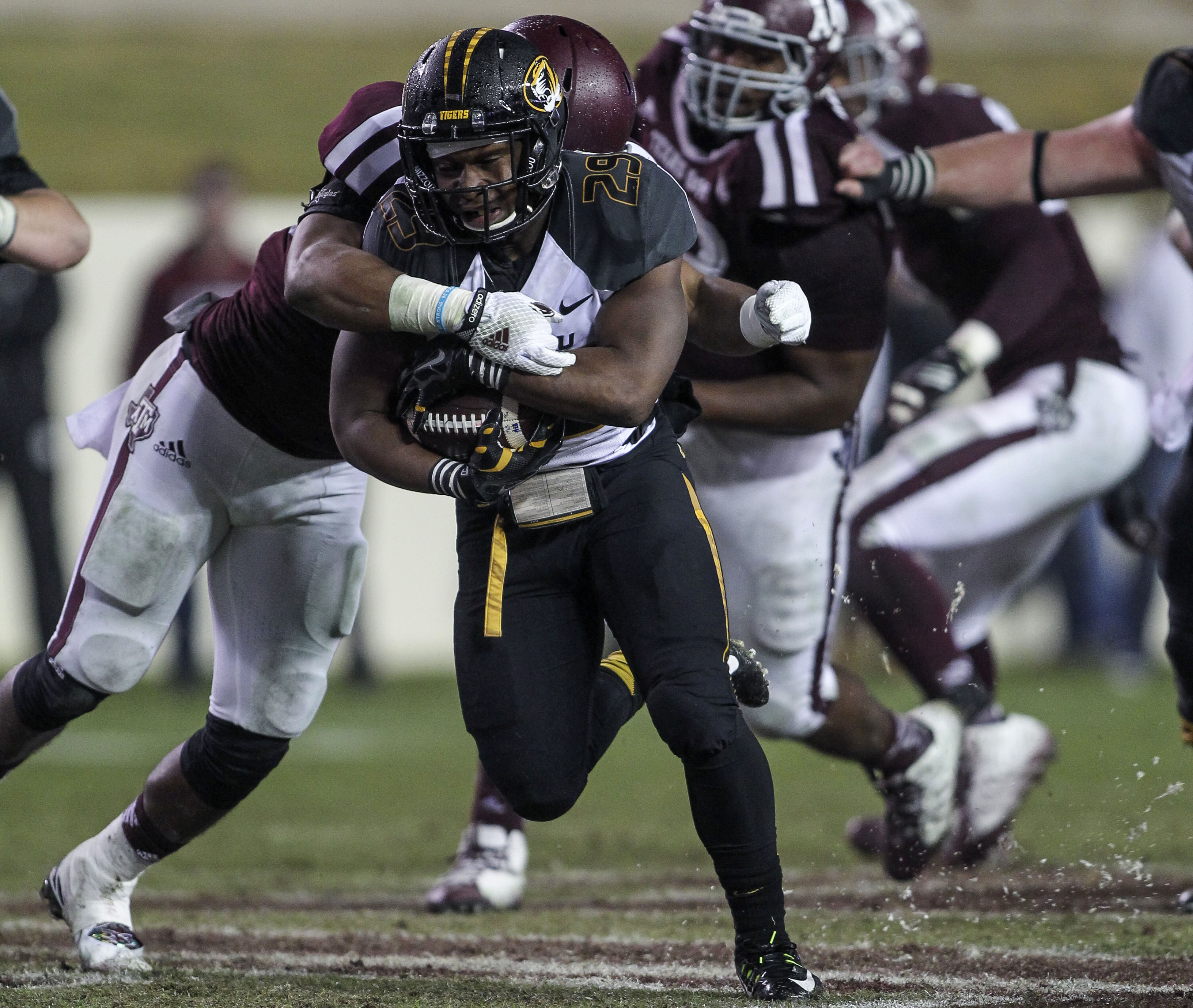