After a magnificent offseason, it's no longer 'if' for Charles Harris -- it's 'when'

Share All sharing options for: After a magnificent offseason, it's no longer 'if' for Charles Harris -- it's 'when'

Bill C.: Not even three years ago, Charles Harris was known as a recruiting novelty, a guy who randomly signed on Signing Day when no recruiting service had picked up on him even getting an offer. He had barely played football, and all even the Mizzou staff knew about him was that he had immense athletic potential.

He's starting to prove that potential. Last year, I was a little bit worried because he seemed a good step or two slower than Markus Golden and the other defensive ends. The potential was still there, but it wasn't immediately obvious if he was simply not as athletic as Golden and company, or if he was simply not playing at a truly instinctive level yet. This spring, it appeared his instincts were getting honed. He has consistently been the best play-maker on the defense in spring and, now, fall camp. We're beginning to assume big things from Harris, not only because he's a D-Line Zou™ product, but also because he's starting to make it undeniable. He was one of the best players in spring ball, and he's been the most consistent play-maker for the Mizzou defensive front in fall camp. It's hard to win an offseason more than Harris did -- he's completely flipped the conversation from if he can be the next great Mizzou defensive end to when. And two years ago on Signing Day, we hadn't even heard of him.

The Beef: I imagine Mr. Harris’ 2015 stat line will look quite a bit different than his 2014 version. I suppose my biggest concern for Harris coming into this season is not that he can’t perform (I believe he can at a pretty high level), but that with Brantley out, he will start to receive more focus from the opposing linemen than he otherwise would have. Not only are we going to need to have someone step up on the other edge, but the big boys in the middle will need to command double teams and allow Harris to get 1-on-1s.

switzy227: I’ll just make one comment for the entire position group: These guys have to play with the fire to eat up their defenders. Forget the gaudy numbers from Sam/Golden/Ray the last couple years; as long as this group finds the mix to threaten regularly knocking down quarterbacks, they are going to put pressure on the opposing linemen that will free up other guys to make plays. Harris is clearly the best bet of the group, but one of the fun things this season should be seeing exactly who makes that #DLineZou leap.

AlaTiger: After the last couple of years, it seems odd to go into the season worried about the DE position. We’d hoped some stellar tackle play would make the ends job easier, but Brantley’s injury makes that unlikely. Despite the added attention he will likely receive as The Beef notes above, Harris will need to take, and sustain, a big step up for the line to be successful.

jaeger: I suspect that the LBs will contribute more disruption than the DEs this year -- both because of depth/experience and because of Odom’s 3-4 background -- but I also expect Mr. Harris to take a big step forward this year. He may not be the next All-American (yet), but I have faith in Coach Kul and his ability to get the most out of his defensive ends, and there’s a lot of good to get out of a guy as talented as Harris.

Fullback U: Charles Harris looks the part of a #DLineZou guy, and if there's anyone on the line who can reach double-digit sacks, I believe it's him. He's got great charisma, and with Harold Brantley out, he seems to have embraced the role of leader on this young line.

The biggest concern I have for Harris is lateral agility to keep contain, something we saw him struggle with in both the Indiana and Alabama games. But he's had the entire off season to improve on that. Meanwhile, Harris is going to get the chance to both stand up and drop into coverage more than many of the defensive ends that came before him. With new responsibilities comes new opportunities. 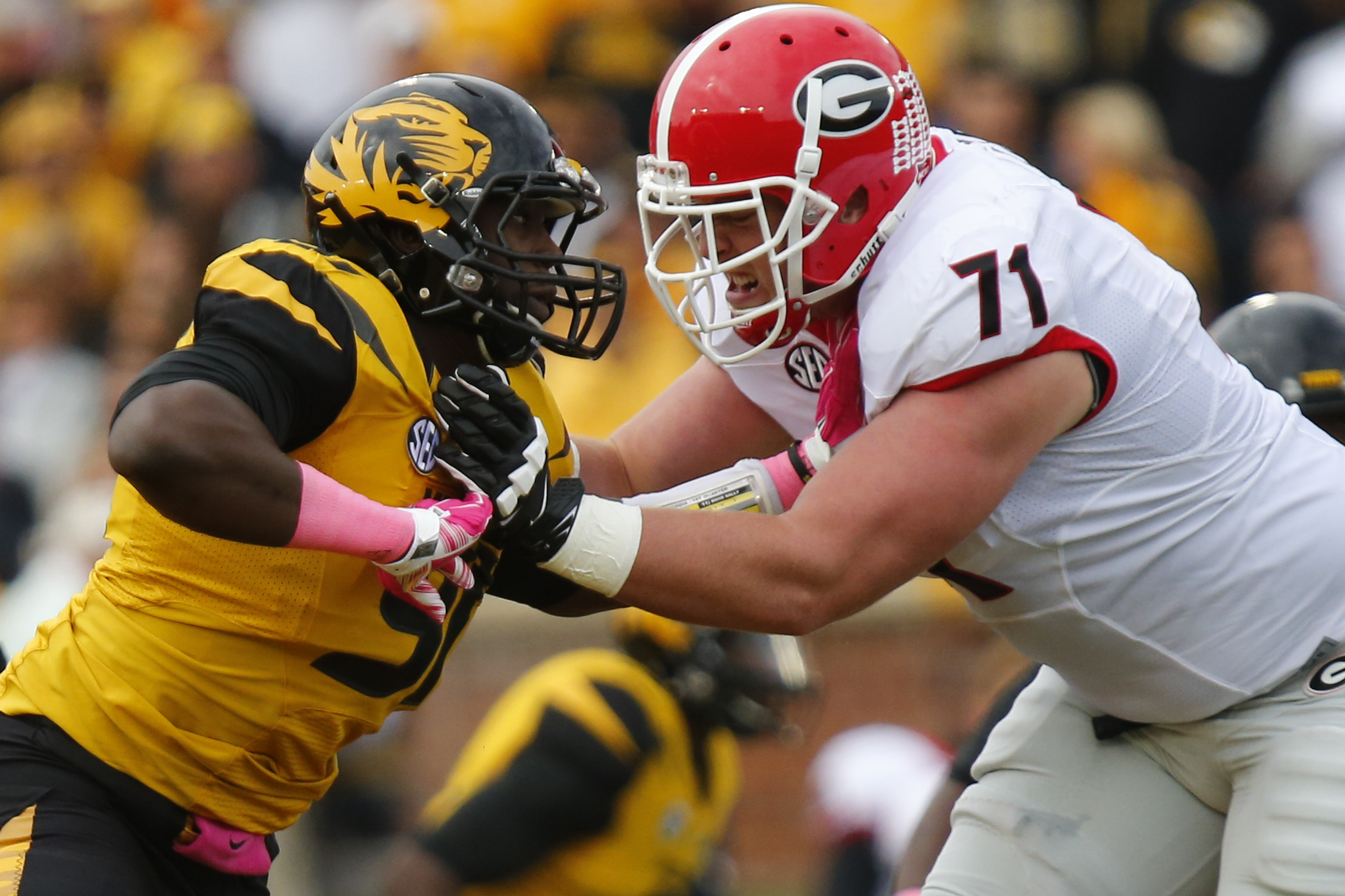