Michael Scherer is one hell of a traffic controller

Share All sharing options for: Michael Scherer is one hell of a traffic controller

Fullback U: A smart, instinctive player, Michael Scherer is a solid blend of size and athleticism. He’s going to have an opportunity to rack up those tackle numbers again, particularly since the defensive line depth might mean that he’s asked to provide even more run support than in the past.

Scherer will be used as an occasional blitzer, but his real value will be QBing the defense, stopping the run and providing coverage underneath when Barry Odom does decide to blitz. He’s already demonstrated he can cover tight ends all the way down the field as well as stuff the run, and I believe Scherer's effectiveness can make everyone around him better.

The Beef: I do wonder where Scherer will rest on some all-time lists as we get into next season. I don’t know how the numbers above reflect unassisted and assisted tackles [note from Bill: I record tackles like you do in fantasy football -- 1 for solo, 0.5 for assist], but I would imagine Scherer will have a nice chance to climb into some decent territory. He's the QB in the middle of the defense, and I wonder what sort of additional responsibility (if any) the change in defensive coordinator will have for him. If there is any, I don’t imagine there is anyone better suited to handle it than Scherer is.

jaeger: Scherer is the other tackling machine on this defense. He seems like a sharp guy who is developing into a "QB of the defense," as mentioned, but I’m not sure he’s completely there yet. If he takes the next step from racking up tackles to running the show, this defense gets really, really scary.

AlaTiger: Another player with a very high likability quotient, Scherer plays the MLB role with aplomb, racking up impressive tackle numbers. A key cog in what will be the strength of Mizzou’s defense this fall.

Bill C.: I was a huge fan of Andrew Wilson, and I thought Wilson was a key piece of Missouri's strong 2013 defense. He was a fullback destroyer and provided nice cover when Mizzou's defensive ends pinned their collective ears back.

In 2014, Mizzou lost Wilson (and Michael Sam, Kony Ealy, etc.), and the defensive numbers improved. While the obvious starts had a role to play in that, I think last year's improvement speaks volumes of Scherer's own capabilities. He was a sophomore who was asked to play the key thinking position on the defense, and while he may not have as hard a nose as Wilson, Mizzou got even better at covering screens and checkdowns than they were in 2013. And Scherer's still around for two more years!

It's easy to forget about the middle linebacker when others are making all the big plays, but he's one hell of a traffic controller, and with younger guys up front, his job becomes even more important this time around. 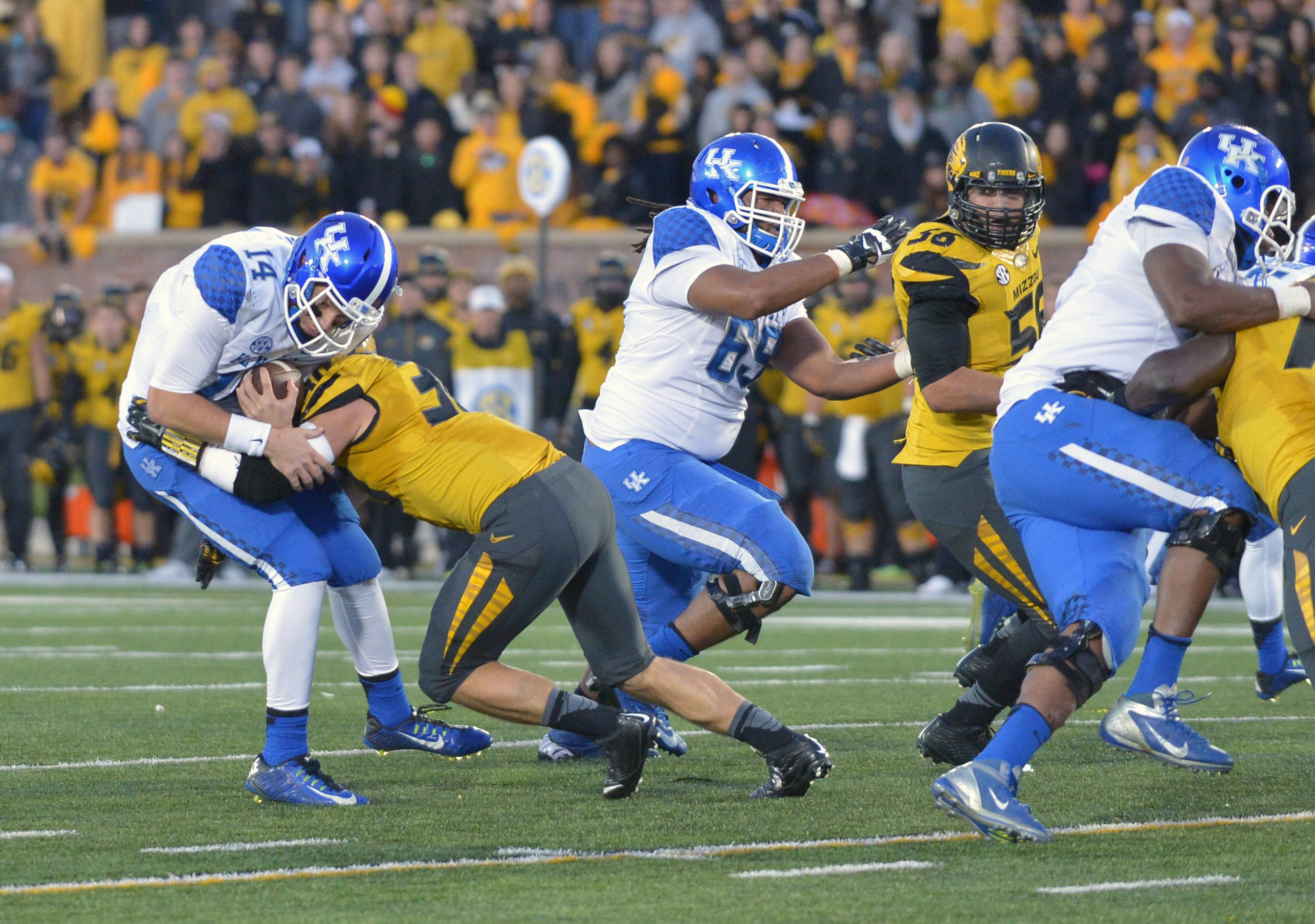