Kenya Dennis was a revelation in 2014. Now he's a leader.

Share All sharing options for: Kenya Dennis was a revelation in 2014. Now he's a leader.

AlaTiger: Dennis surprised us all last year by becoming the best cornerback on the team. I’m expecting a beast mode season from him -- maybe even E.J. Gaines level work.

dcrockett17: Dennis is an almost prototype boundary corner. He’s really good at re-routing WRs when asked to play tight. It’ll be interesting to see how much more of that Barry Odom does. Dave Steckel was generally pretty conservative on the back end, which is pretty common with D-line-centric coordinators.

Dennis may well be in the conversation for all-SEC at corner. I think the pro scouts are still sleeping on him a tad, but if he stays healthy they won’t stay asleep. He can struggle with the small, quick slot guys, but most corners do.

Fullback U: Kenya Dennis can be better than EJ Gaines. Like dcrockett says, Dennis is basically a prototypical boundary corner. Here’s an explanation from our friends over at RollBamaRoll:

Essentially, the boundary corner plays on the small side of the field while a "field corner" plays on the widest side. The reason for this is multiple, but in part it’s because he’s big enough to be physical with large #1 type wide receivers, fast enough to cover them tight when they run deep, and strong enough to be a force in run support.

I mean, check this man out:

Barry Odom is going to play his corners more aggressively -- more press, more opportunities to blitz, more responsibilities. Part of that is because of his own philosophy, but part of that is also because he’s walking into a situation where his top two corners fit that mentality very well.

Dennis has an incredibly high ceiling. Because he won’t be playing behind Kony Ealy, Michael Sam, Shane Ray and Markus Golden, he’s going to be put in a more difficult position and asked to defend for a longer time each play. He might not be remembered as fondly because he’s a JUCO-transfer senior on a team that may struggle to win eight games, but he’s absolutely an All-SEC caliber player.

The Beef: Man alive, what a pleasant surprise Kenya Dennis became as the year wore on. And man alive, are we going to count on his skills in the defensive backfield as we try to rebuild our front four and come to understand how and when we will be able to generate pressure on the QB. Pro scouts may certainly be sleeping on him, but that sort of thing tends to work out alright in the end (see: Gaines, E.J.).

switzy227: I’ll echo Beef’s comments. Dennis went from an afterthought to a performer in an impressively short time. Now, he’s a key piece of a strong position for Mizzou in 2015. And he’s exactly the kind of player -- along with Markus Golden -- who should keep Mizzou fans interested when a JUCO transfer is announced.

jaeger: Dennis is half of probably the most talented pair of starting CBs Mizzou has had under Pinkel, and he may be the better of the two. He’s not quite the prototype -- he lacks the tiniest amount of height -- but he can play plenty physical for college ball and has a great shot at the next level, given his elite-level speed. If he takes the next step, this defense gets a whole lot better.

Bill C.: You could almost see the lightbulb flashing on midseason last year. Through five games in 2014, Dennis had 13.5 tackles, two breakups, and 0.5 tackles for loss. But then he had 14.5 tackles, a breakup, a forced fumble, and a tackle for loss against just Georgia and Florida. And then he destroyed Kentucky with four breakups and 1.5 TFLs. He had a pick, a breakup, and a TFL against Tennesse. He made 13 solo tackles against Alabama (preventing Amari Cooper from making big plays) and Minnesota (mostly in run support).

Dennis proved wonderfully well-rounded over the last two-thirds of the season, and that's mostly because of the unique combination of strength and speed. And if Wesley Leftwich turns out to be a solid contributor at receiver this year, you might credit Dennis for that, too -- after burning him for a touchdown in the first scrimmage, Leftwich credited Dennis for working with him over the summer and helping him to get better against press coverage.

You never want to assume this level of production from JUCO transfers, but between Markus Golden in 2012-14 and Dennis in 2014-15, Mizzou's struck it rich a couple of times recently. 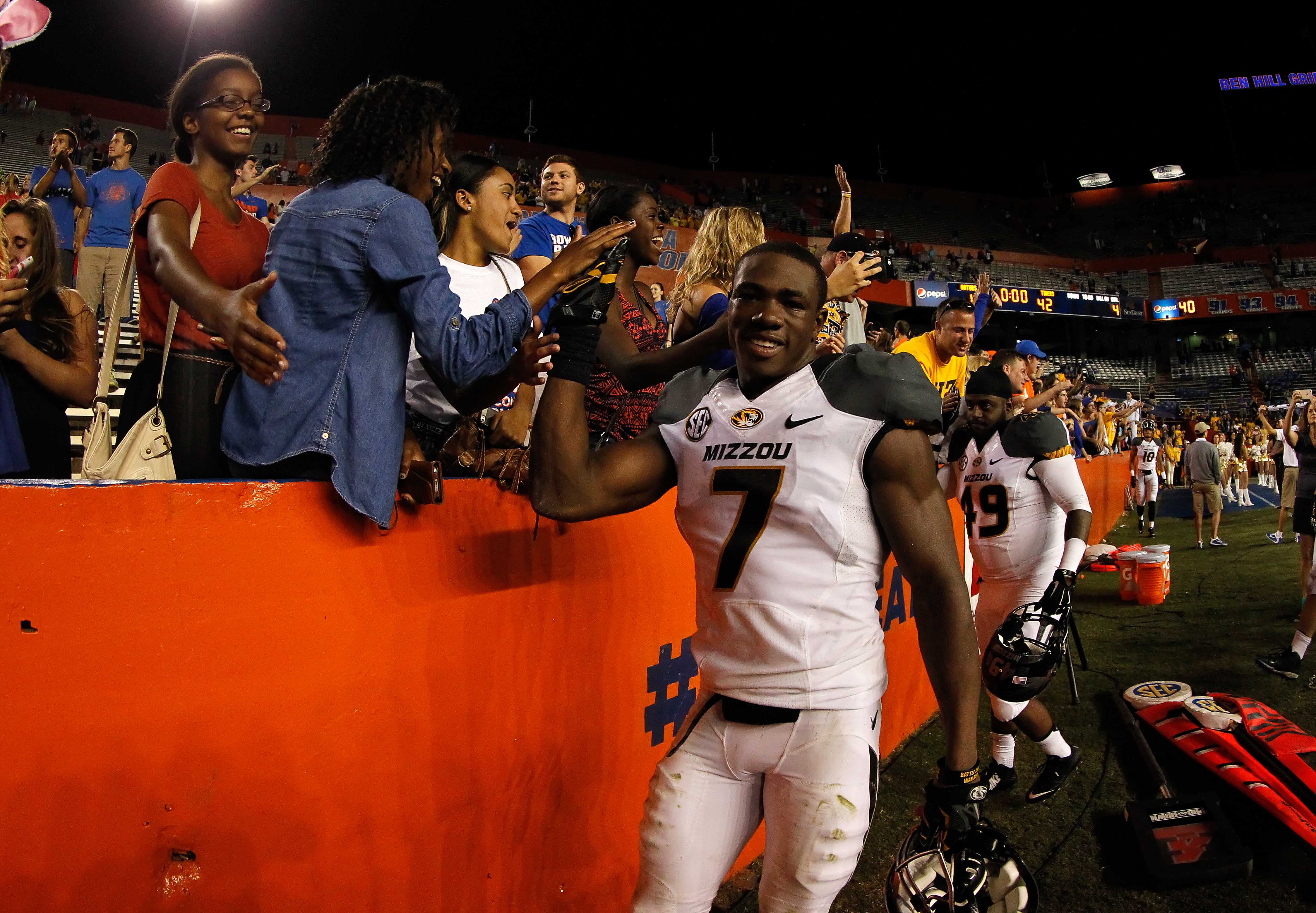