Aarion Penton's got speed and swagger, and he's only a junior

Share All sharing options for: Aarion Penton's got speed and swagger, and he's only a junior

AlaTiger: Another entrenched starter, Penton is good and figures to improve in his junior year. He might even become as good as his dancing little brother is cute.

dcrockett17: Penton is very good at shadowing and has fantastic footwork. My hope with him is that he’s gotten a bit stronger. He’s already a super-solid starter. We’re talking about the difference between that and an all-league performer.

Fullback U: Aarion Penton is small, probably smaller than his listed weight, but he’s built well and immensely athletic. He will probably be asked to play as the field corner for Mizzou, the No. 2 CB paired with Kenya Dennis, but Barry Odom also has him sliding in to play the nickel corner. I’m curious if this is a plan to deal with teams like South Carolina, which likes to put its best WR, Pharoh Cooper, in the slot. I strongly suspect this is the plan.

Penton is strong against the run, a willing tackler who may lack size but is smart in taking angles and getting a hand on the ball carrier. That same small stature is likely held against him in pass coverage, but he’s fast enough to stay with almost everyone. It occurred to me the other day that a smaller corner against a bigger receiver can often play out like when a post tries to back down a guard in basketball -- they aren’t used to someone small and quick and constantly in their pocket, and that can neutralize the size advantage.

The Beef: Two more years of Penton, especially with all the talent that seems to be down the depth chart, is very good news for this Mizzou secondary. It will be interesting to see how often the coaches bring Penton and/or Dennis on any sort of corner blitzes. It feels like the choice there would be Dennis, but I may keep an eye on how much Penton is used, if at all.

switzy227: The groundwork has been set for Penton; this season will hopefully be the coming-out party. If Penton performs to his potential this year, expect to hear an awful lot about him in the 2016 offseason.

jaeger: Penton’s got enormous physical tools and serious swagger to go with them. If he can develop his skills and mental game to keep up, he’s going to be an absolute beast in the backfield. If not, well, hopefully he just avoids any costly taunting penalties.

Bill C.: Since he's been a starter for a good portion of his career, it was pretty easy to forget how young Aarion still was last year -- only a true sophomore. That might explain some of the mistakes (for instance, a marijuana citation ... in the home stretch of the season, no less) and near-mistakes (the taunting at the end of the South Carolina game). He's a charismatic, exuberant guy, and it takes a while to find the line sometimes.

Regardless, it's tough to exaggerate his athletic prowess and confidence, and as he continues to mature, he should continue to grow in that regard. A little bit more strength indeed wouldn't help, but he and Dennis are going to complement each other beautifully either way. 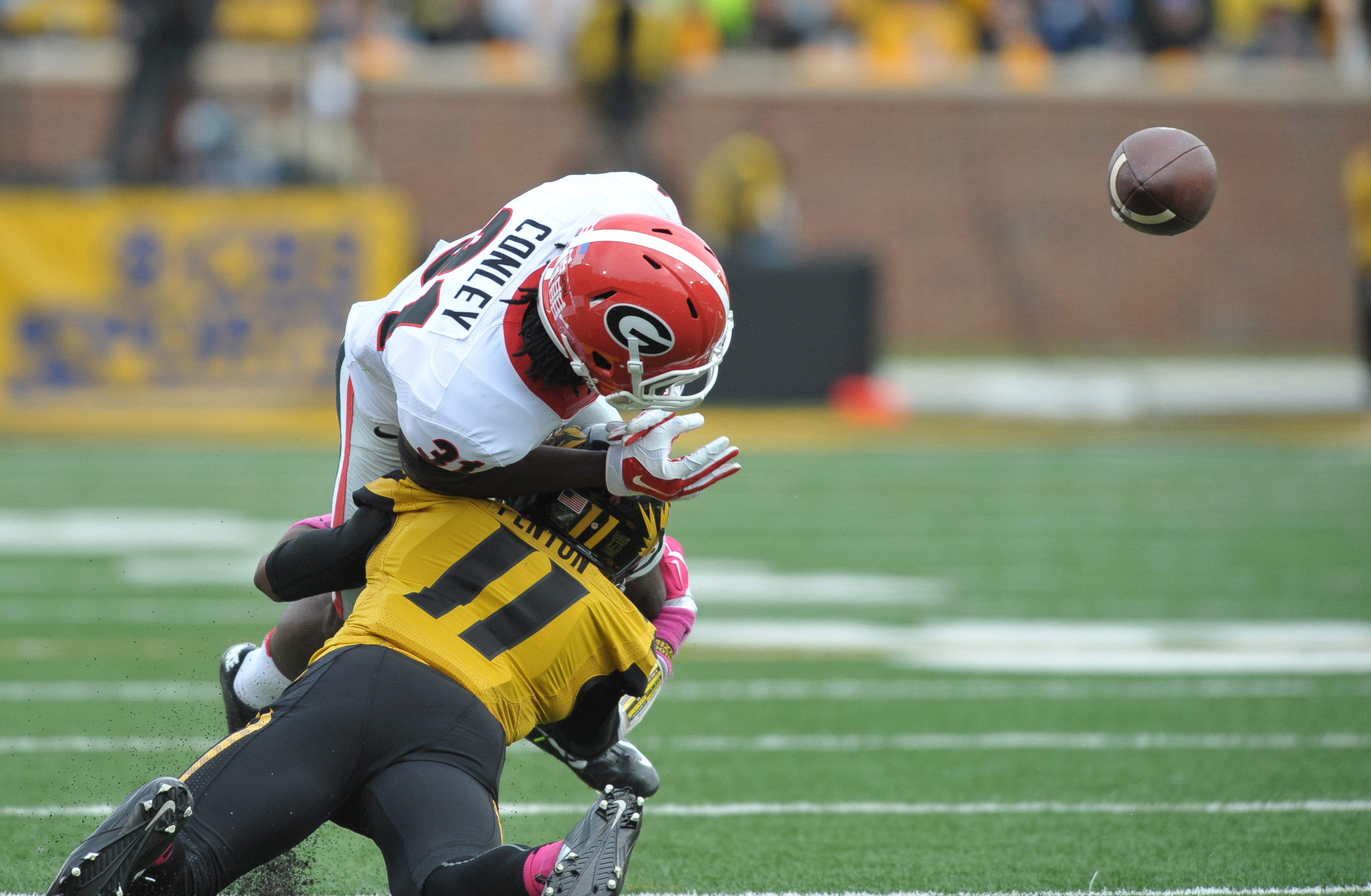