Maty Mauk is Mizzou's QB, but his backups could do well given an opportunity

Share All sharing options for: Maty Mauk is Mizzou's QB, but his backups could do well given an opportunity 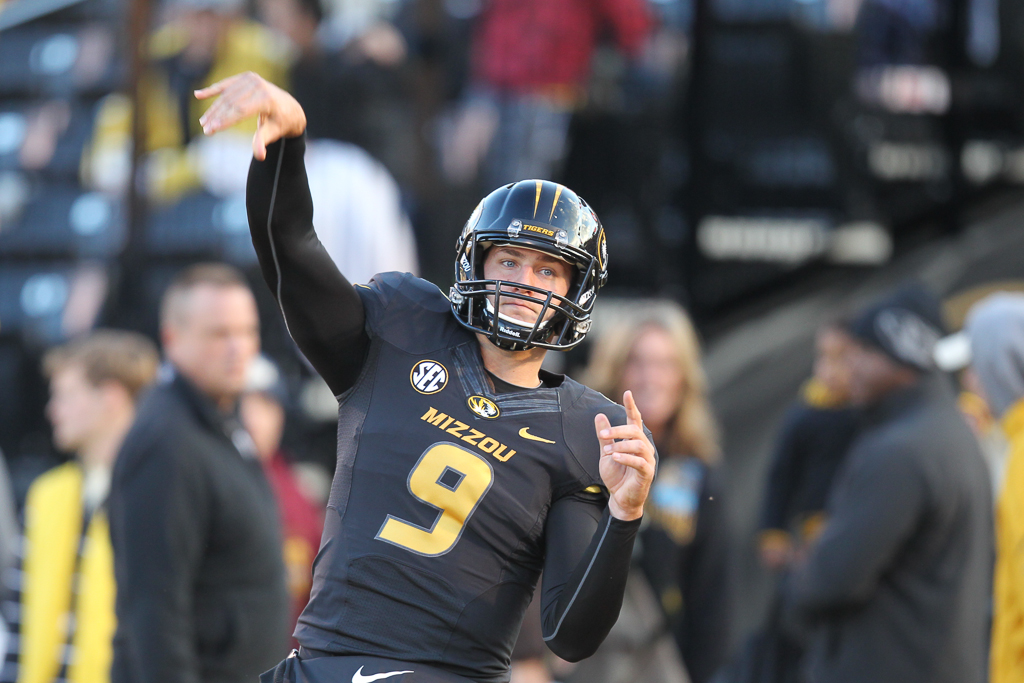 Jack: I say this with the most positive intentions I possibly can: I really, really hope we don’t see Printz play very much this season beyond garbage-time auto-pilot snaps. No disrespect to Printz, I’m just hoping that Maty stays healthy and performs at the level we hope he can.

The Beef: Can’t say anything different than what Jack said above. I’d love to see Printz get a couple of series to start the fourth quarter against SEMO (with Berk getting the final one), and a series or two against UCONN would also be a lovely sign. After that, I think Mr. Printz will go into the off-season as the leader of the group which will be positioning itself behind Maty for the right to start in 2017. Seems like a long way off still, but it will be here before we know it.

Kacc56: I would love to see Printz get a few fourth quarter series early in the season, as he could certainly be the frontrunner for the starting job after Mauk leaves. Having a few quarters' worth of experience can definitely help a quarterback's development in the long run. For now, Printz looks like he should be a solid backup, and one who can make good, safe decisions and not turn the ball over.

jaeger: I doubt we’re going to see much of Eddie outside garbage time unless Mauk gets injured. Even in garbage time, I’d almost rather give the ball to Berkstresser, just because Eddie will be back next year.

Fullback U.: Printz strikes me as Blaine Gabbert (don’t laugh) style quarterback, a pro-style QB with just enough athleticism to make defenses play him honest if he were to run zone-read. I think he could be a good QB if the task fell to him, but the only way that happens is an injury to Maty Mauk.

Quarterbacks and WRs warming up pic.twitter.com/Mn7857bPPI

Bill C.: Printz certainly seems to have separated himself in the competition with Corbin Berkstresser and Marvin Zanders. He wowed with his efficiency in 2013 fall camp, but in public performances since then, he's regressed toward the mean. In limited opportunities, he has made the impression of a quick decision-maker with a nice spiral. We'll certainly learn a lot more than that next spring. 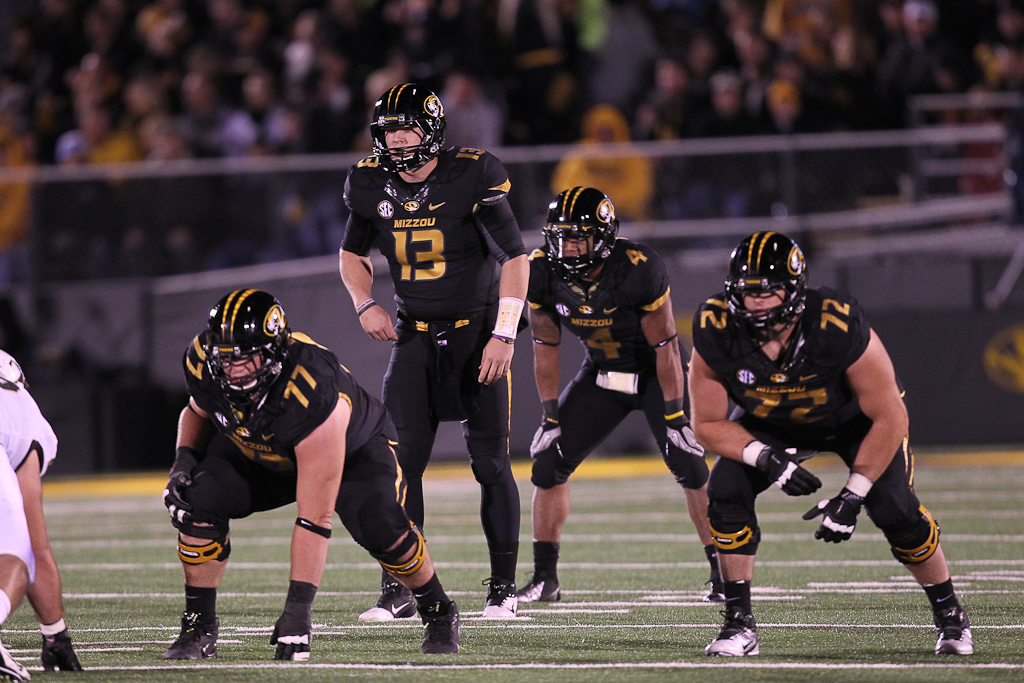 Jack: Here’s hoping we can get Berk in there late to toss a few garbage touchdown passes. He’s given a lot to this program during his four years in Columbia, and I would hate to see him go having thrown more interceptions than touchdowns. Any player that survived the 2012 season should be given an authentic, viking-style send off when they graduate. Corbin has easily earned himself a place in Valhalla.

The Beef: I think Jack is on to something here … a Viking-themed restaurant in Como. I mean, the city has almost everything else when it comes to food options, but it is tough to find good Viking food and drink.

switzy227: I was awfully hard on Corbin in the dark days of 2012. But I appreciate his dedication to the Mizzou program, and I would love to see him Berkdozer for an important score in a game sometime this season.

Kacc56: I'll always appreciate Corbin's effort in his time here. He was thrown into a very difficult situation in 2012 and has remained loyal the whole way. Here's to finishing a career with dignity and hopefully getting a few snaps this year.

jaeger: Berk’s been a trooper, both physically and mentally. His time as the starting QB was absolutely brutal, and I don’t think anyone would have given him grief if he’d opted to transfer. That he stuck it out in the black and gold is a tribute to his perseverance and character. Hope he gets to go out on a high note.

Fullback U: I like the cut of Corbin Berkstresser’s jib.

He’s a Missouri kid who got to play for his favorite school, endured a disastrous season but remains with the program anyway. He has a live arm that rivals anyone on this team, including Mauk, in term of velocity. At this point he’s probably destined to become a graduate assistant, but he provides a solid presence for the program and his insight is undoubtedly valuable to the younger guys in the team.

Bill C.: I have nothing much to add here. That he seems to be struggling in the battle with Marvin Zanders for the No. 3 QB spot says pretty iffy things about the likelihood of him seeing the field this year. But yeah, I'm all for him showing up in a Berkdozer situation at some point.

Jack: We likely won’t see much of Zanders this year, but that isn’t because he isn’t a talented quarterback. He’ll be too busy being groomed to replace Zapp Brannigan as the captain of the D.O.O.P.’s flagship, the Nimbus.

The Beef: Zanders is intriguing to me because of the speed which has been on display (in however limited quantities) at the last couple of Black & Gold Games. Often the target of backseat coaches and positional moves, his name has popped up every now and again as someone who the ACTUAL coaches may try to get on the field in some capacity due to his athleticism. Is this the year we see it? Berkstresser still being around as a third QB (even though I believe he is fourth on the depth chart) could provide the flexibility to give it a shot. And it may make sense to try it, given the next person on the list [Drew Lock, who we will be discussing in a separate post].

Kacc56: Zanders' athleticism is certainly intriguing, at both quarterback and anywhere else. He shows flashes of being a nice thrower, and his feet can make an impact all over the field. I don't expect him to see the field much if at all this year, but he could be an impact player down the line.

jaeger: I still expect Zanders to end up a wide receiver, but if he manages to work his way into quarterbacking, he could be a hell of a lot of fun to watch.

Fullback U: There are fantastical scenarios where I envision Maty Mauk, Russell Hansbrough and Marvin Zanders in the same backfield this fall. The possibility for a dynamic offense where any of them could break off a touchdown run and two of them could force defenses to respect the threat of the pass makes my football brain tingle. It’s probably too much to expect, but if you see him this season in the same backfield as Mauk, remember you heard it here first.

There’s been a ton of speculation that he should change positions, to RB or WR, but he’s made it clear he’s sticking to his guns, and I believe he can develop into at least a James Franklin style passer. Beyond a string of injuries, I don’t know how he gets on the field, though.