Share All sharing options for: The Missouri offense need only be below average for the Tigers to keep winning

I feel like we've pretty much covered everything that went into this game, good (defense) and bad (offense). Here are just a few more notes that I can wring out of the stats.

Missouri's offense is the least efficient in the country through three weeks (!), BUT what we've seen from everything else, the improvement doesn't have to be drastic for the Tigers to continue to win more than it loses. The defense is playing at a top-10 level, which basically renders opponents as inefficient as its own offense is. And Corey Fatony has turned into a significant weapon.

Fatony came to Columbia with quite a pedigree, and he's more than lived up to his hype. In terms of averages, Saturday was his worst day -- he averaged only 39.2 yards per punt, and two of his kicks trickled into the end zone. But unlike the game against ASU, Mizzou was very much in control of the field position situation. Considering how awful the offense was, that won the Tigers the game.

I've already covered this, but holy smokes ... it is really, really hard to average 1.17 points per scoring opportunity. That means you're basically just handing the ball back to your opponent every time you cross their 40. Granted, one of Mizzou's six "opportunities" came when the Tigers were kneeling the ball after Anthony Sherrils' interception. Still, that's five opportunities, one touchdown, one missed field goal, two turnovers on downs, and a punt. That's still 1.4 points per opp, and that's still five shades of gross.

Mizzou is distributing the ball about as well as it has since Chase Daniel was quarterback. The problem is that nobody but Tyler Hunt is doing anything with the opportunity. 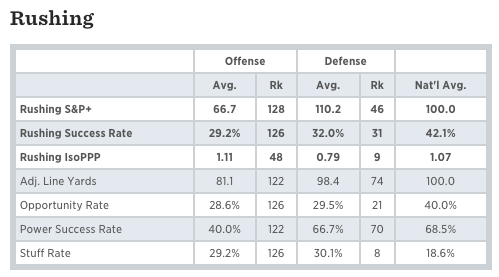 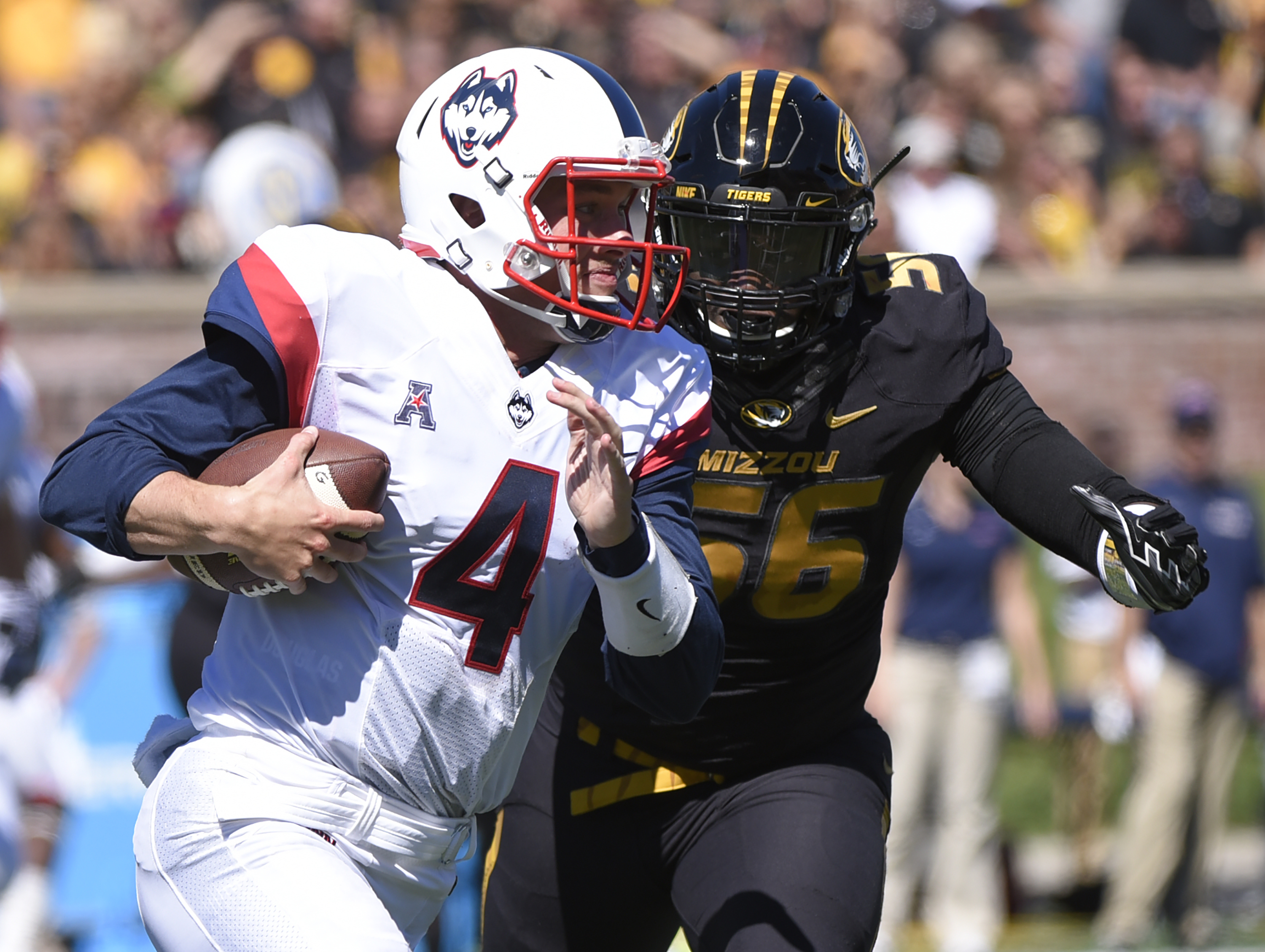 We'll end the post on a happier note. Here's another shot from the stat profile (which I'm incredibly proud of and you should definitely check out weekly). 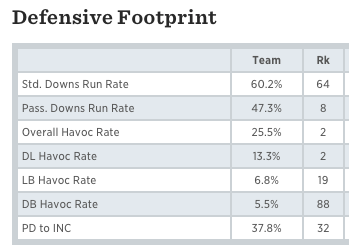 Mizzou loses Dave Steckel, Markus Golden, and Shane Ray and becomes more disruptive up front. Again ... man ... the offense just has to be below average. It doesn't even have to be good.