G&D is so much a part of the Mizzou family, it might as well be on campus

From Derrick Chievous in the 1980s to Gary Pinkel today, there's a good chance you'll see someone related to Mizzou Athletics anytime you go to G&D.

Share All sharing options for: G&D is so much a part of the Mizzou family, it might as well be on campus

If you walk into G&D Pizza and Steak at any time of the day, chances are good that you’ll be greeted by a "Go Tigers!" before a hostess can even approach you. The exclamation is accompanied by a Greek accent belonging to Alex Terzopoulos, the restaurant’s owner for over 30 years.

Along with his brother Pano, Terzopoulos took over the restaurant from his uncle back in the early '80s. The family came from Katerini, Greece in the '70s. Terzopoulos said he planned to return after five years, but he fell in love with the business and started a family.

In the years since, he’s maintained a family-oriented business while transforming the restaurant into a physical space devoted to Mizzou sports. Everywhere you turn, there’s either memorabilia on the wall, waitresses donning Mizzou shirts or athletes and coaches enjoying a meal. 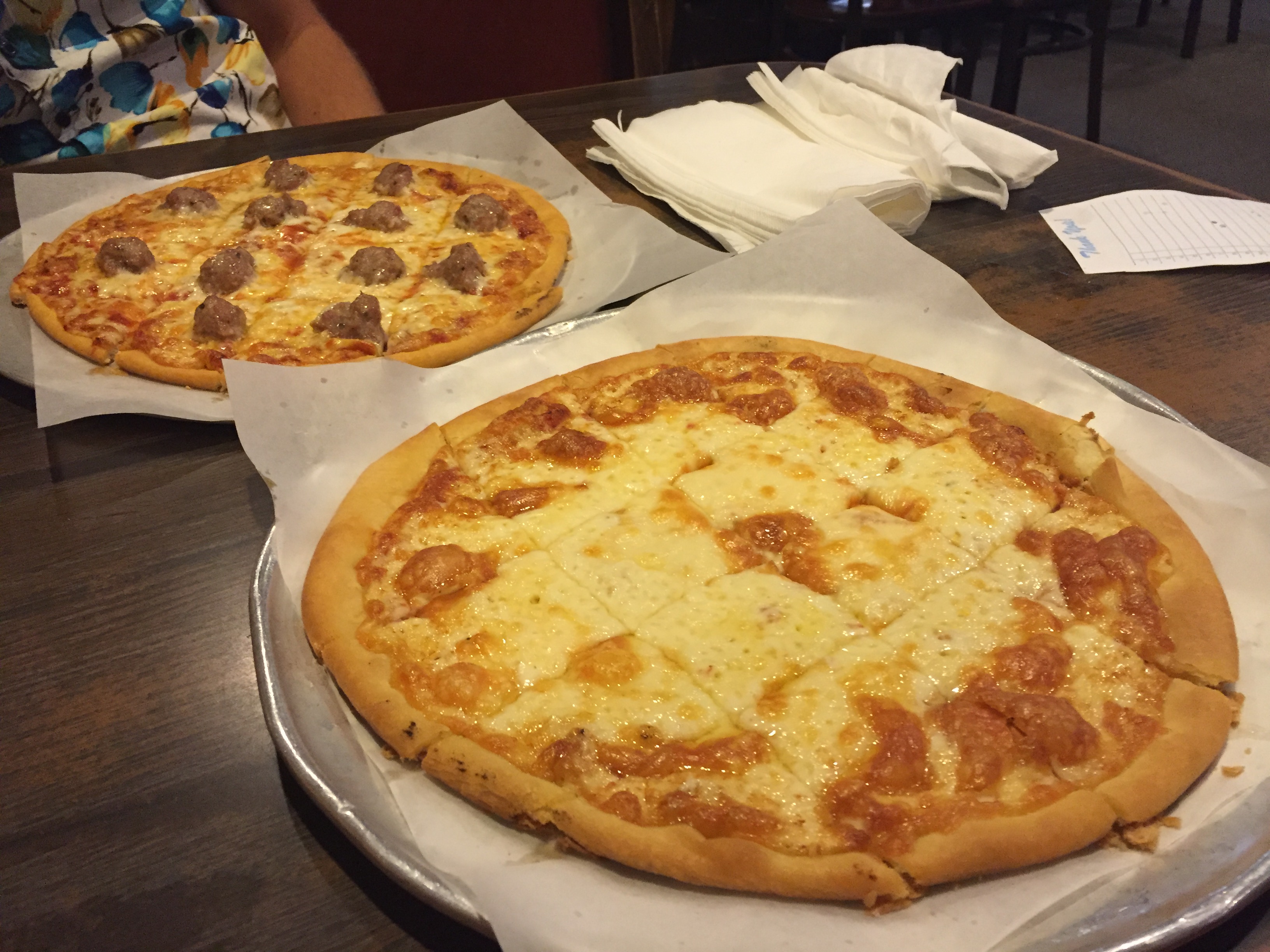 The latter has become tradition at G&D. It started about 25 years ago when Terzopoulos owned a nightclub. When football players, coaches and even Golden Girls would come to the club for some drinks, Terzopoulos would ever so slightly remind them to stop by G&D for some pizza afterward.

"Isn’t that what everyone needs after a good drink?" Terzopoulos laughed. "They just needed a little pizza to soak up the beer."

And so began the tightly knit bond between Mizzou athletes and the Greek pizzeria and steakhouse on West Broadway. 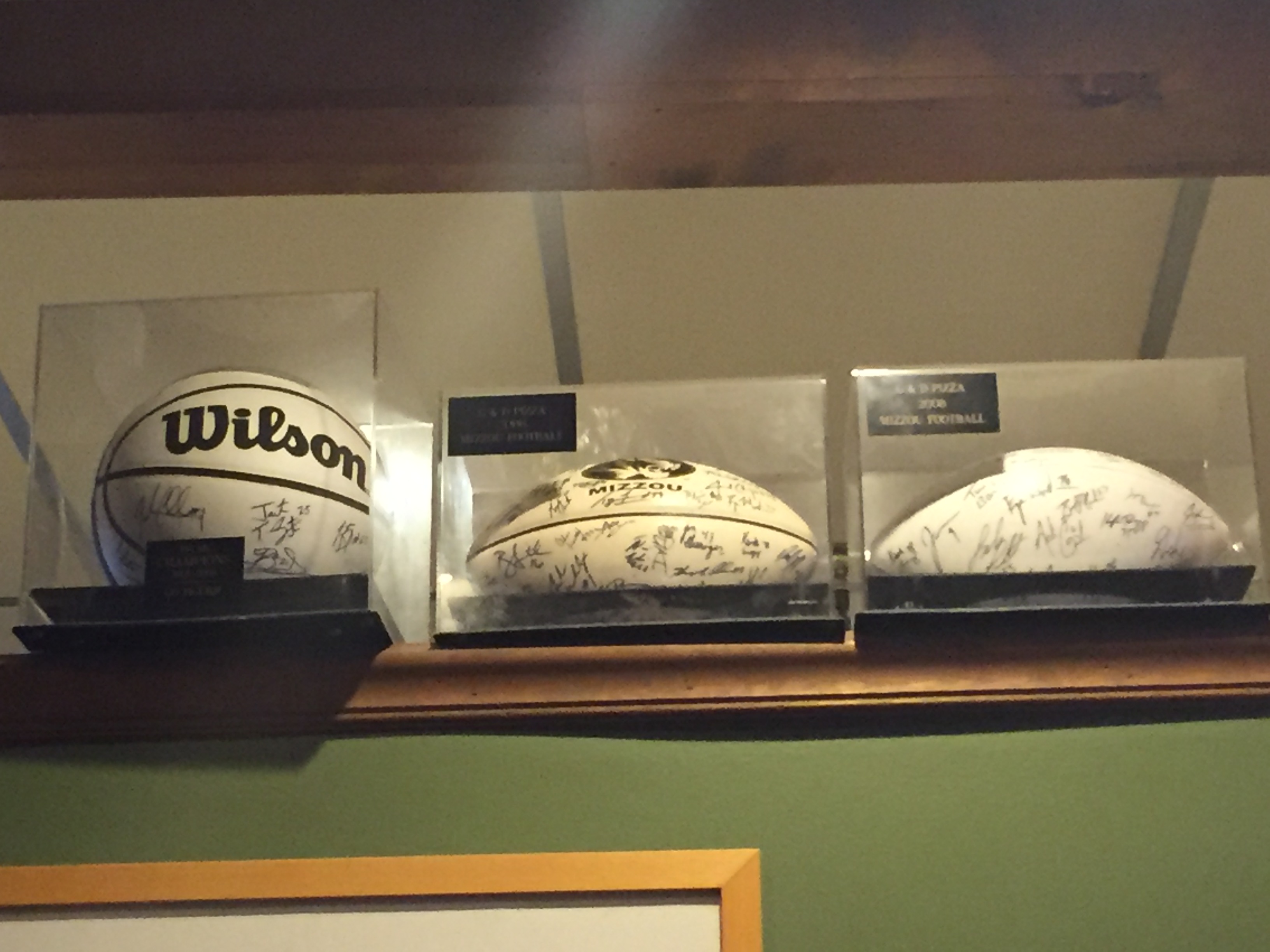 Terzopoulos and G&D host Gary Pinkel and Kim Anderson frequently, but one of the longest-held traditions occurs every Thursday evening when the football team’s offensive line takes up a considerable chunk of the restaurant. The tradition once included the Golden Girls, but Terzopoulos has found another way to keep the dance team a part of the restaurant.

Rayci Lee is one of the handfuls of former Golden Girls that Terzopoulos has employed. She’s worked at G&D for almost a year, and said it’s obvious how big of a fan her boss is.

"They’re always giving back to the Tiger community, that’s huge to them," Lee said. "Even the little things, like seeing him at the game and him coming down to the track to dance with us. He’s a Tiger fan to the core." 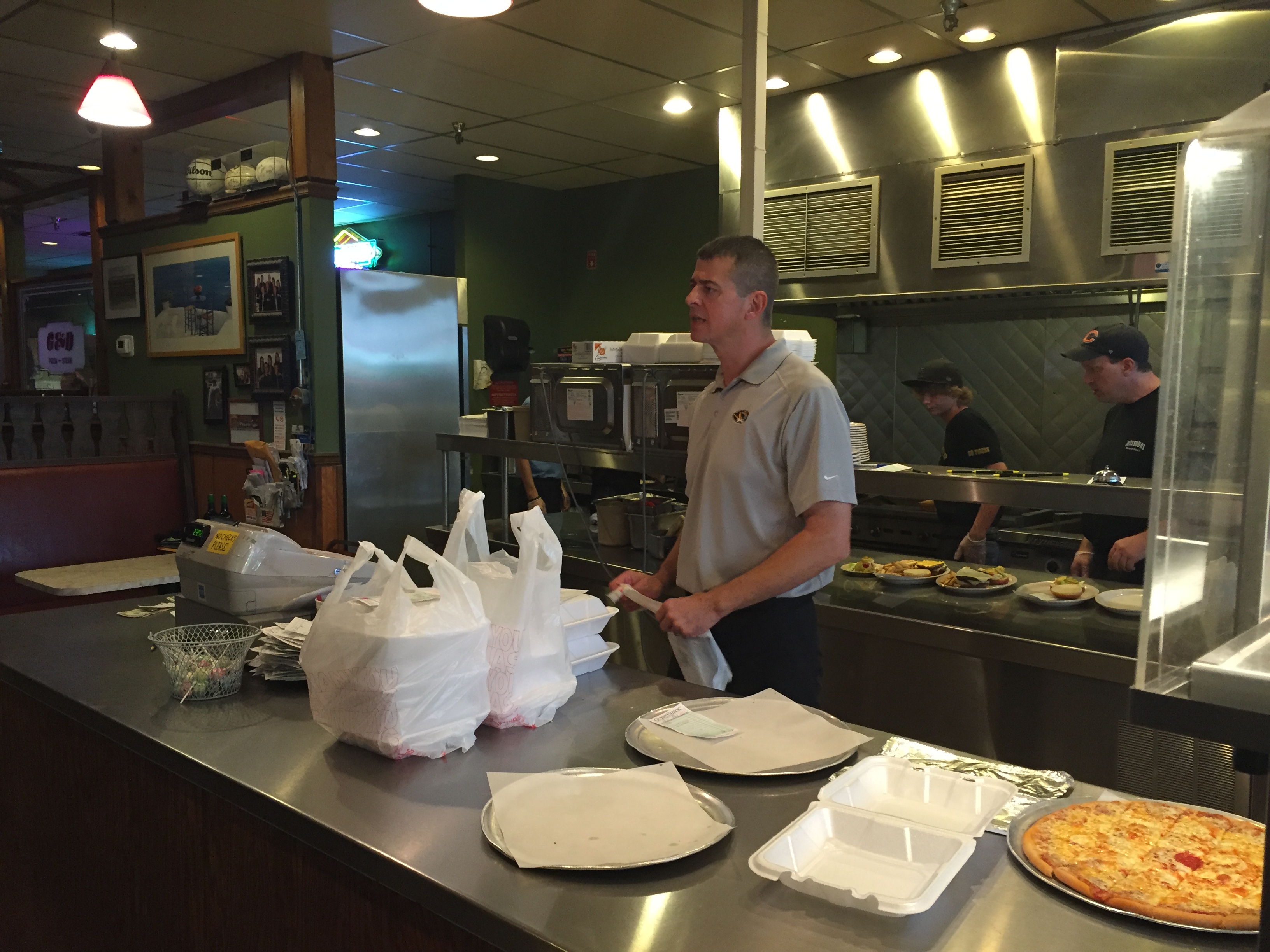 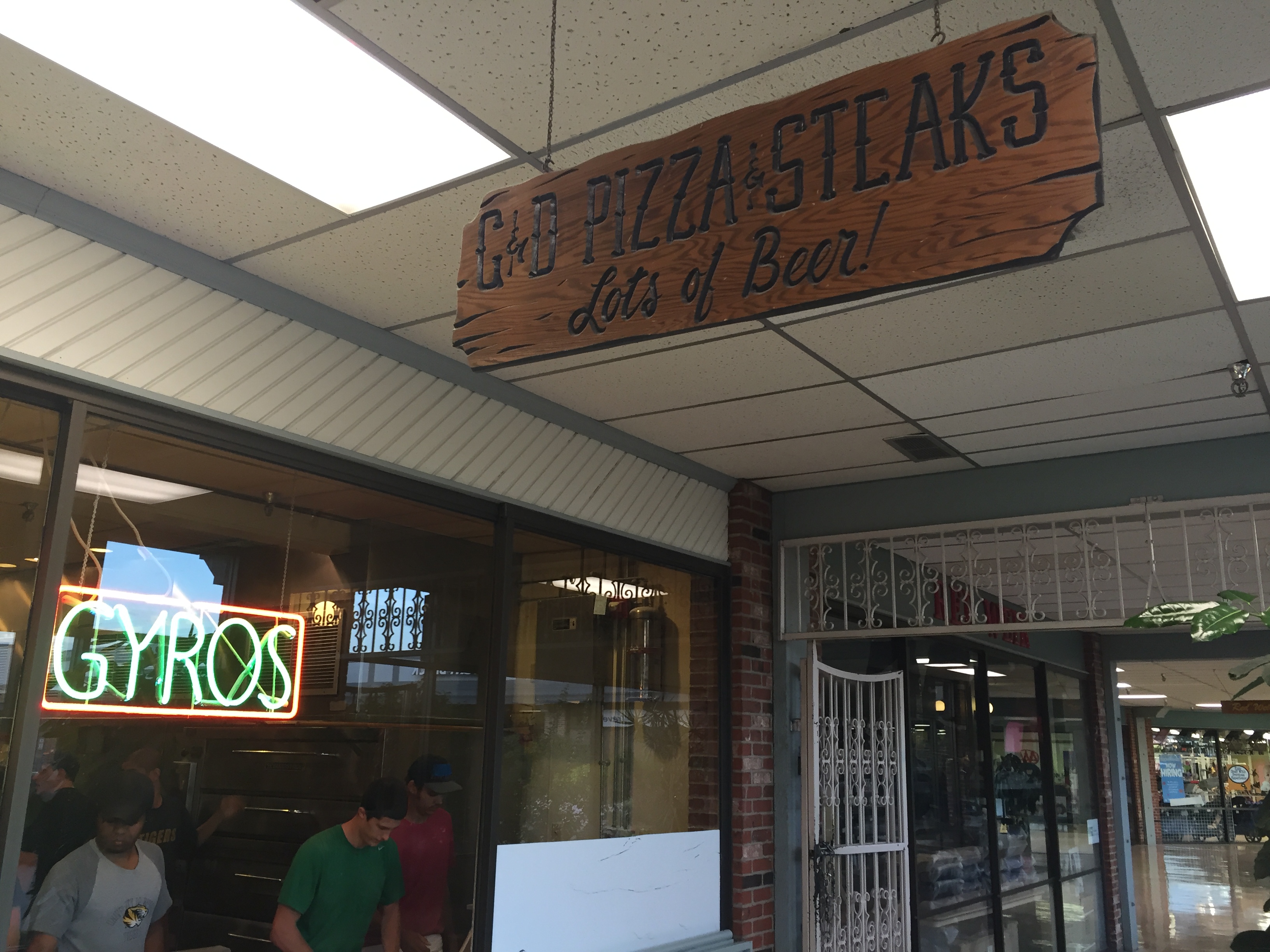 Terzopoulos said he always tries to support anyone from the Mizzou community who needs it. He helps with any fundraisers students might have and he provides jobs to students who need the money. In his words, he spends what he can to help the school out.

When it comes to running his business, Terzopoulos said he likes to remind his employees—especially the younger relatives of his—that in order to succeed, they need to earn their money by working hard. He runs the restaurant on the motto, "if you wouldn’t eat it, don’t serve it." He keeps that simple for his employees by serving fresh food, including freshly cut steak each day.

"We want to serve good food for our loyal customers," Terzopoulos said. "They deserve that, and at a reasonable price."

And as for their customers, there isn’t a word better than loyal to describe them. Terzopoulos said his regular customers years ago were students, and over the years he’s noticed the average age increasing.

"It’s the same people!" he exclaimed. "All the first students who ate here grew up, had a family and came back. It’s great that they remember this place."

And how could they forget? It’s easy for a regular to slip up on occasion and end the familiar M-I-Z with a good old G-AND-D! 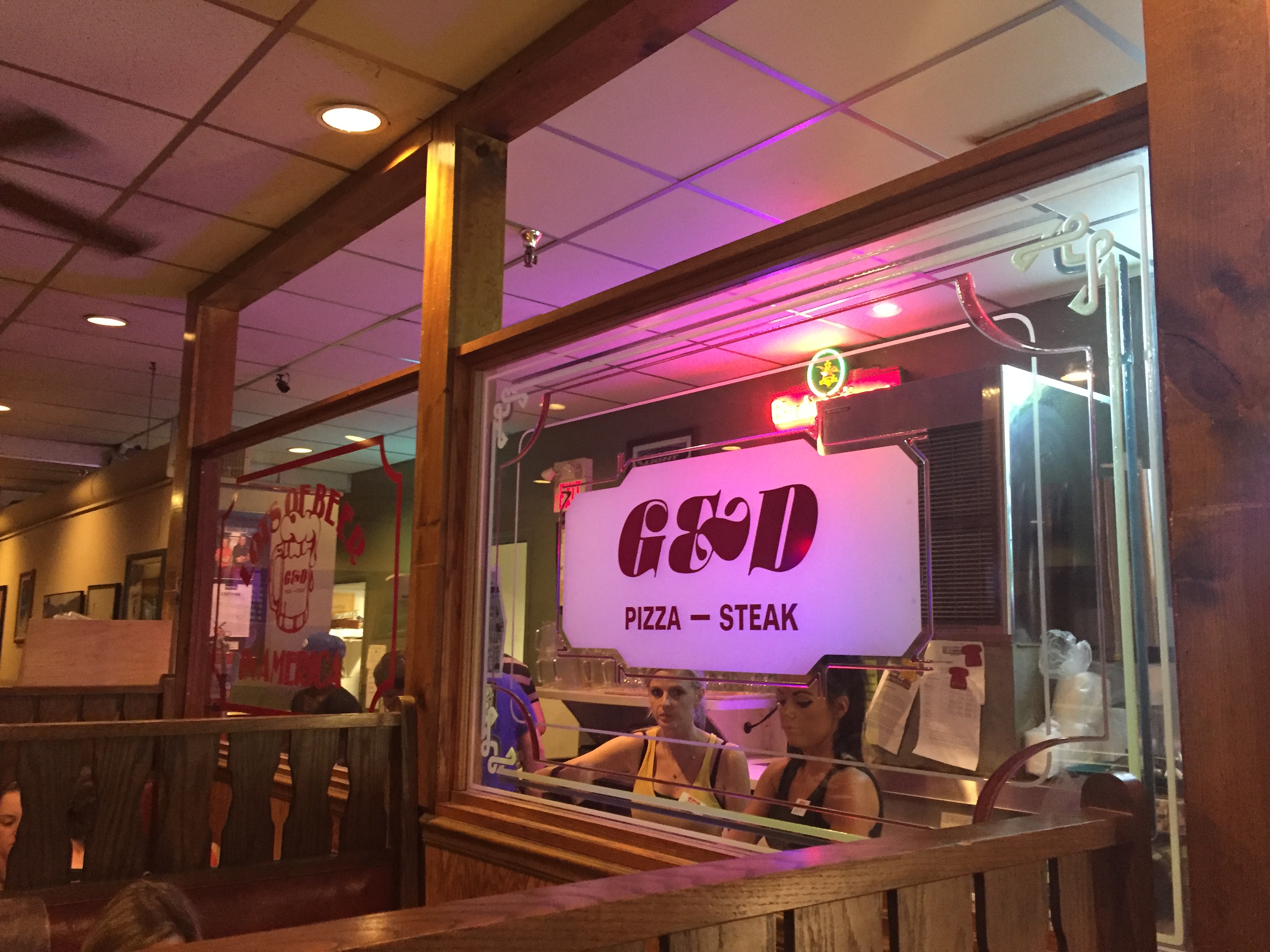