Missouri's Karissa Schweizer is a national champion, and Mizzou Volleyball is 2 steps from another SEC title

Share All sharing options for: Missouri's Karissa Schweizer is a national champion, and Mizzou Volleyball is 2 steps from another SEC title

I was on assignment in North Carolina this past week and spent a decent amount of time in Durham. On Friday afternoon, I walked around Duke's campus and took in the truly awesome Duke Basketball Museum and Sports Hall of Fame, which is more or less attached to the northwest side of Cameron Indoor Stadium.

Yes, it's a basketball museum first, and lord knows they've got plenty of basketball-related things to brag about. But I was as or more impressed with the other side of the museum, which celebrated Duke's other national and conference champions and very nicely displayed all of its athletics hall-of-fame members. There was a Duke Soccer video playing, which commemorated a recent soccer champion, and all the plaques from Duke's runs in sports like lacrosse and women's golf were prominent.

You can find a photo gallery of the museum here (the pics are mostly basketball, but there are a few non-hoops). It's really well done. It makes me wish Mizzou had something similar, and I'd like to think that with the vault that Mizzou Network is sitting on, there could be some fantastic multimedia pieces to such a museum.

Having such a museum is a constant, pretty, visual reminder of something of which we can't get enough reminders: "Hey, we can be really good at this." It celebrates accomplishments from all sports big (football, basketball) and small. And if Mizzou had such a museum, there would be quite the Karissa Schweizer display going up soon. 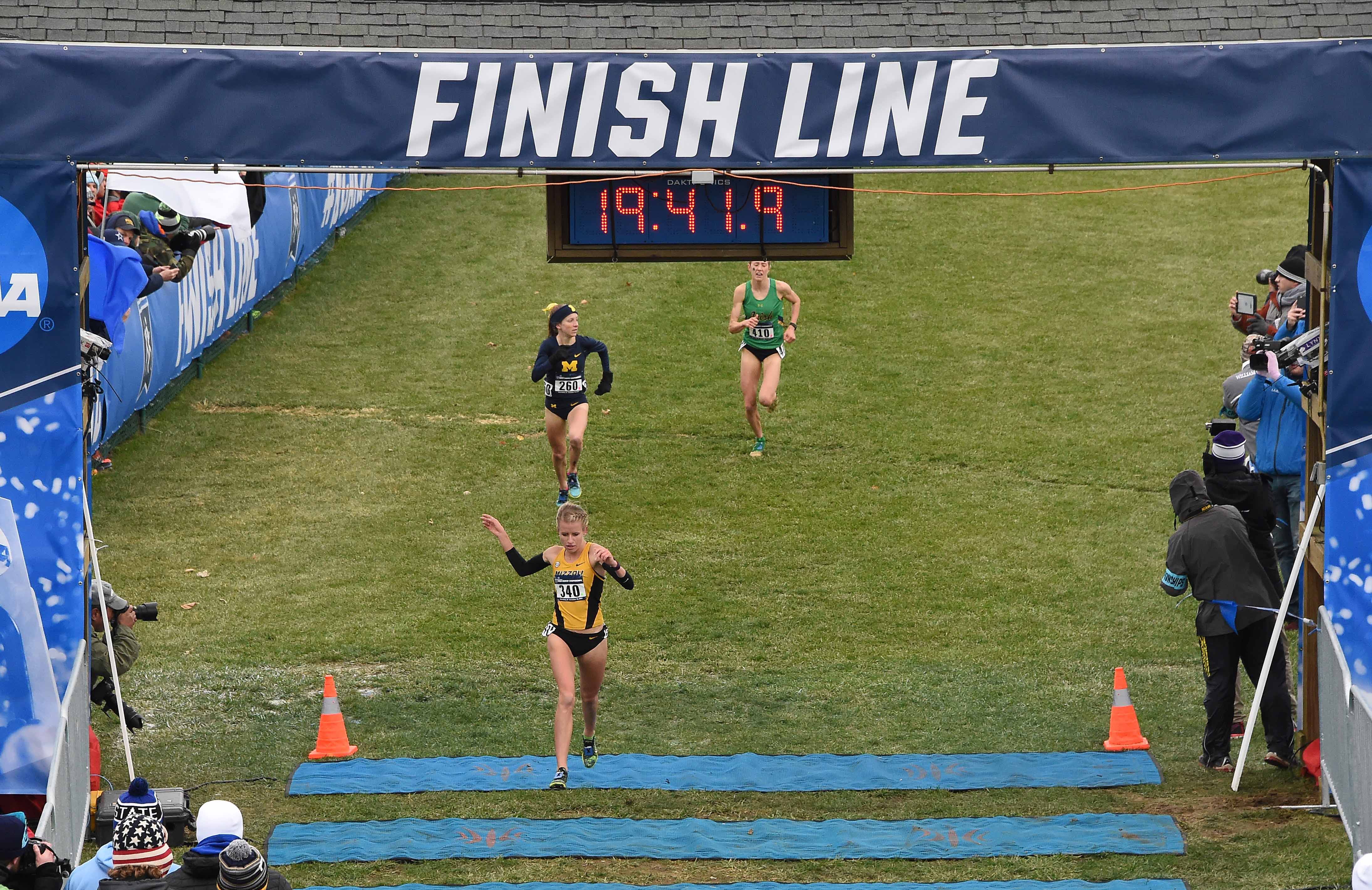 We'll talk about football later in the day, but when Mizzou wins a national title, team or individual, we owe it to ourselves to share and celebrate it.

What a finish in Terre Haute!
Schweizer of Missouri takes home the victory! pic.twitter.com/nFEbrBqj8e

She HUNTED. THEM. DOWN.

@MizzouVB left me with no voice! awesome win to such a nice pretty gritty team... your @MizzouWBB team loves y'all

Your new volleyball standings with a week to go in the race:

Mizzou plays at Georgia (1-15, 13-16) on Wednesday and hosts Tennessee (6-10, 16-13) on Saturday. Avoid upset in those two, and the worst the Tigers can do is tie for first. And since they went 3-0 against the two other teams tied with them ... well ... that would mean another "SEC Champs" banner in the Hearnes Center. Huge win yesterday.

MUtigers.com: No. 5 @MizzouWrestling Downs No. 6 Virginia Tech, 23-19 at Jesse Auditorium

We'll get into Mizzou's Orlando performance more in the next few days, but for now I'll just say that ... 1-2 is better than 0-3. Mizzou looked like crap early in the second game of the tournament against Davidson and couldn't rally. This time, the Tigers looked like crap early and rallied. That's ... technically better! Now to address the "looking like crap in the first half" thing...

The Missourian: Walton's big second half pushes Missouri past Tulane

The Trib: MU's Fabian Schwingenschlogl establishes himself as man to beat