Mizzou vs Arizona: Your Role in This

Do you want Mizzou to win? Well it’s put up or shut up time.

Share All sharing options for: Mizzou vs Arizona: Your Role in This

*Main image credit to Jack Peglow, the greatest Photoshopper in all the land!*

For the past six months (and even two years) the media, the fans and the administration have tried to figure out why Mizzou Basketball keeps losing and where the blame for that lies.

In the past, losing has been blamed on too many transfers and not enough Missouri guys. We’ve also heard that it’s because the previous coaching staff left the current one with a team that while talented on paper (stars schmars), just weren’t Kim Anderson guys, and lastly, academics. And you always hate when a player or team is felled by the always nefarious “academics.”

Tomorrow morning, Mizzou plays Arizona in Columbia, a daunting task to be sure and pulling out a victory will certainly be difficult. The numbers are not friendly to Mizzou’s chances, and Sam, well Sam in his post notes that the chances of pulling this out aren’t great either but he says if there’s a chance there’s a chance which means there’s a chance. 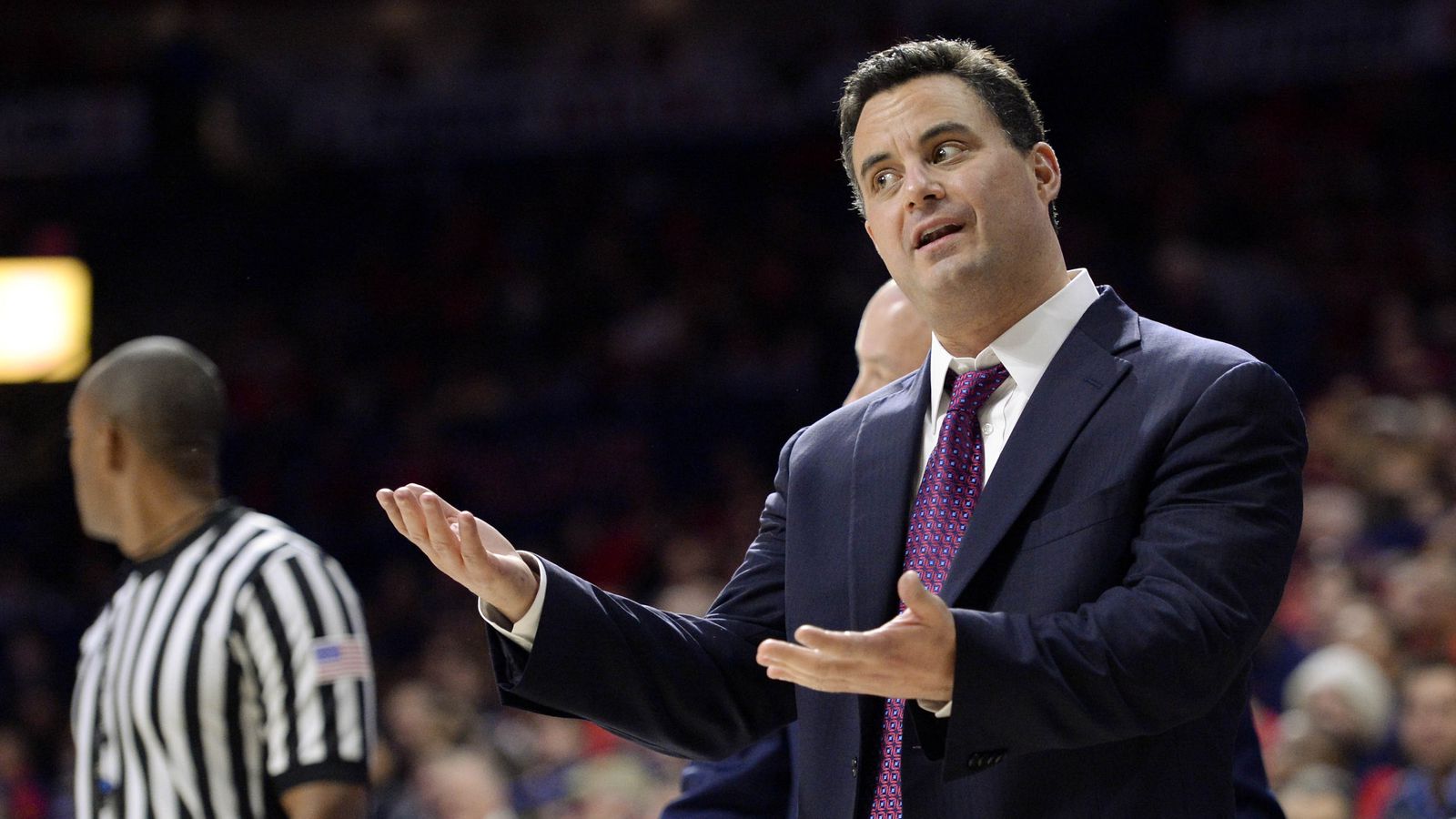 Mizzou-Arizona Preview: The Wildcats are young and shorthanded

There haven’t been any real big letdowns, but the Wildcats path to 7-2 hasn’t been as smooth as they’re accustomed to in Tucson.

But Mizzou has a chance, and that chance hinges on one thing. That one thing, is YOU Mizzou fans.

Right now you’re asking yourself, how can I, a lone person do anything to affect this game today? How can I make a difference?

First off, I’m not blaming the last two years and change on you, but come on, if it’s not the players, and it’s not the coach, maybe it is you and it is time to look in the mirror and accept responsibility for your role in this whole thing. Actually, I am blaming you. This is YOUR fault!

I mean, Kim Anderson even admits this is at least partially your fault. Take it away Kim!

So Mizzou fans and Students...... can we make it feel like The ZOU on Saturday???

And just for good measure...

Everyone is always talking about I miss when Mizzou arena use to rock...... well come out and make it rock and we will rock with you

Damn it people, he’s channeling Michael Jackson, what more do you need?!

Is it Cullen VanLeer’s fault that sometimes he can’t hit a shot to save his life? No! That’s on you! He’s a showman and showmen show out when the lights are brightest and the crowds are the liveliest. Have you tried to do something when really sad? Everything droops, EVERYTHING, so to can your shot. Make Cullen turn that frown upside down, the shot and the points will follow, it is known.

Stop saying KJ can’t go left, he can’t go left because he has no reason to. There’s no one there to go left to, the man goes right because that’s the choice you’ve given him.

Do you know why Terrence Phillips jumps over things, CONSTANTLY? It’s not because he’s showing off or he really wants that loose ball. He wants, nay HE NEEDS, to be on top of you, in you, all over you, like the most lovely pass first snuggie you’ve ever seen. He feeds off your touch, and the more fans that touch him, well the better he plays, this is science people.

You know what you, the fan control at the game? The reffs. They don’t know what the hell they’re doing out there. Some of you have kids, I know this because people with kids like to talk about them in the hope that you’ll take them off their hands for one tiny second, giving them the peace they crave. But like a child with a toy that makes noise the reffs want to blow that damn shrill whistle ALL THE TIME. They also are attention whores. They LOVE to interject themselves into the action.

Have you ever had a conversation with a referee (of any sport on any level)? They are the most interruption prone people you will ever meet, they can’t shut up or not interject. They crave attention like this article craves a purpose. So give them one. Shout, groan, moan and freak out in a way that requires them to make calls for Mizzou. Make every block turn into a charge. Turn every touch foul into a flagrant one. You can do this, you have the power. Reffs need to be loved and need to please, they’ll follow your lead, so long as there are enough of you to lead. Help them, help Mizzou, and by proxy, You!

Also, let’s not forget that the players just need you for guidance at all times. How will they know to play some good tough defense if you’re not there to chant “D” “FENCE”? Or if you’re the visual type of teacher, perhaps a big letter “D” and a “White Picket Fence” that you and a buddy can hold up together? Who doesn’t love arts and crafts? You’ve got hands, use them!

How will the players know when to shoot the ball when the shot clock or game clock are running down if you’re not there to count backwards? Have you seen where they place those things? All the way at the top of the backboard. Are you telling me you expect our Mizzou Tigers to focus on the ball, their teammates, the defender in front of them AND have to look up, taking their eyes off their opponent for seconds? HOW DARE YOU! Help them by counting down so they know where they are. Constant updates and direction, just like CNN used to be.

Hell, let’s not forget clapping. Clapping is essential to get our Tigers to do things. When you clap, they know they’ve done something well, and then they’ll want to do more things well, so you just keep on clapping and good things will come.

Finally, and most importantly, though this goes hand in hand with everything that’s been written above, you’ve got to get off your ass, leave the house and sit your ass back down into a yellow gold plastic seat and strap in.

You think you’re doing anyone any good watching from your home? The team can’t feed off you like a sports parasite, harnessing your energy and will to live, draining you of your emotions to ensure they can get to another level. Make the sacrifice. If you don’t live in Columbia, get in your car and drive over. If you live out of state, get on a plane, catch a train, take a tramp steamer, hitchhike your way across America, whatever it takes. Get to this game. This wonderful eleven in the morning affair against a team that will most certainly be sleep deprived and jet lagged has upset written all over it. Do you know what that does to a visiting team? That’s 15 free points right there if harnessed properly. And you can harness that energy and give it back. GIVE IT BACK and you’ll be repaid ten times over. The gloating over all the people that were wrong about this team, this coach, this university, this state, this whole damn world, you will get to own them.
Can you taste the vanity? Oh, I know you can, it’s a delightful sin, embrace it, goooooood, GOOOOOD!

I think you’re ready to support this team. I think you’re now aware of your shortcomings as fans and how you’ve been shirking your duties to this team from afar for so long. You can fix this, you can make this all better.

This is on you Mizzou fans, be the miracle today, make them feel you coursing in and out of them as they throw up shots, take charges and high five for 40 fantastic minutes. It’s in you, it’s on you, it is you…

Oh and if nothing else, FREE CHICKEN!!!!