With a couple of wins in Mongolia, Cox would become the United State's youngest Olympic freestyle wrestler since 1976.

With a 4-3 victory over four-time national champion Kyle Dake, Missouri's J'Den Cox won the U.S. Olympic Trials. He is now off to Mongolia for a shot at the Olympics.

The 86 kg weight class is not currently qualified for the Olympics, meaning Cox will represent Team USA at the "Last-chance" World Olympic Games Qualification Tournament, April 22-24 in Ulbaanbaatar, Mongolia. The top-three placers in Mongolia will qualify for the Summer Games. If Cox does not qualify in Mongolia, there is one more "Last-chance" World Olympic Games Qualification Tournament, May 6-8 in Istanbul, Turkey, where the top-two placers will qualify. If he qualifies, Cox will be the second Mizzou wrestler to qualify for the Olympics, following Ben Askren who made the 2008 National team.

Cox snuck by in his opening round match, defeating Clayton Foster by criteria, 7-7, before dominating 2015 World Team member, Jake Hebert in the quarterfinals. Cox defeated Keith Gavin, 3-1, in the semifinals to secure his spot in the finals.

Cox trailed 1-0 in the opening match after the first 3-minute period, but he steamrolled from there to an 8-1 victory and the series lead with a dominant second period. [...]

That didn’t stop Dake from rallying, erasing a first-period deficit for a 5-3 win in the second match, forcing a winner-take-all third match in the championship series.

With the Olympic trials title on the line, Cox jumped in front with a first-period takedown and fended off an increasingly desperate and feisty Dake for a 4-3 win. 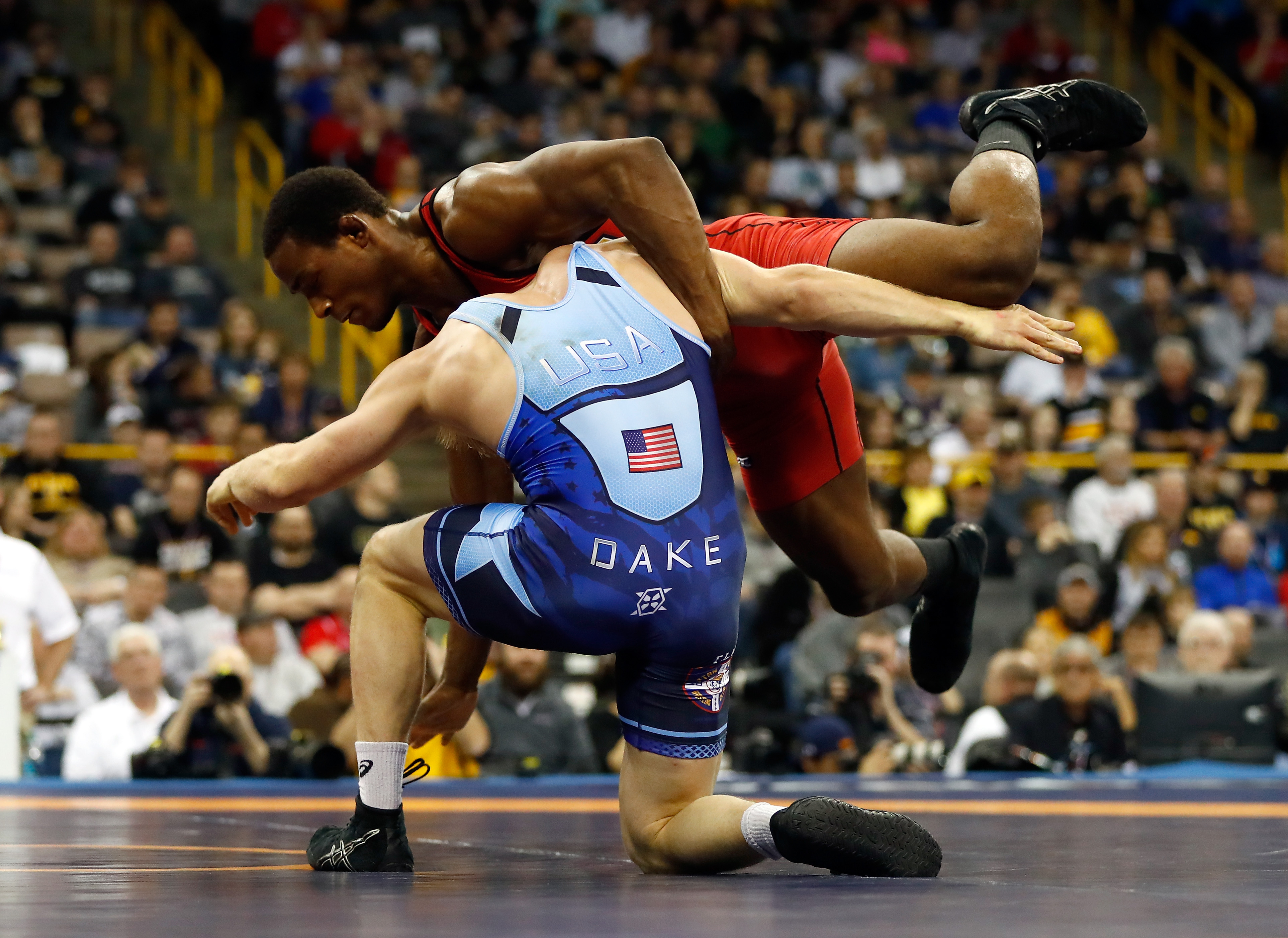 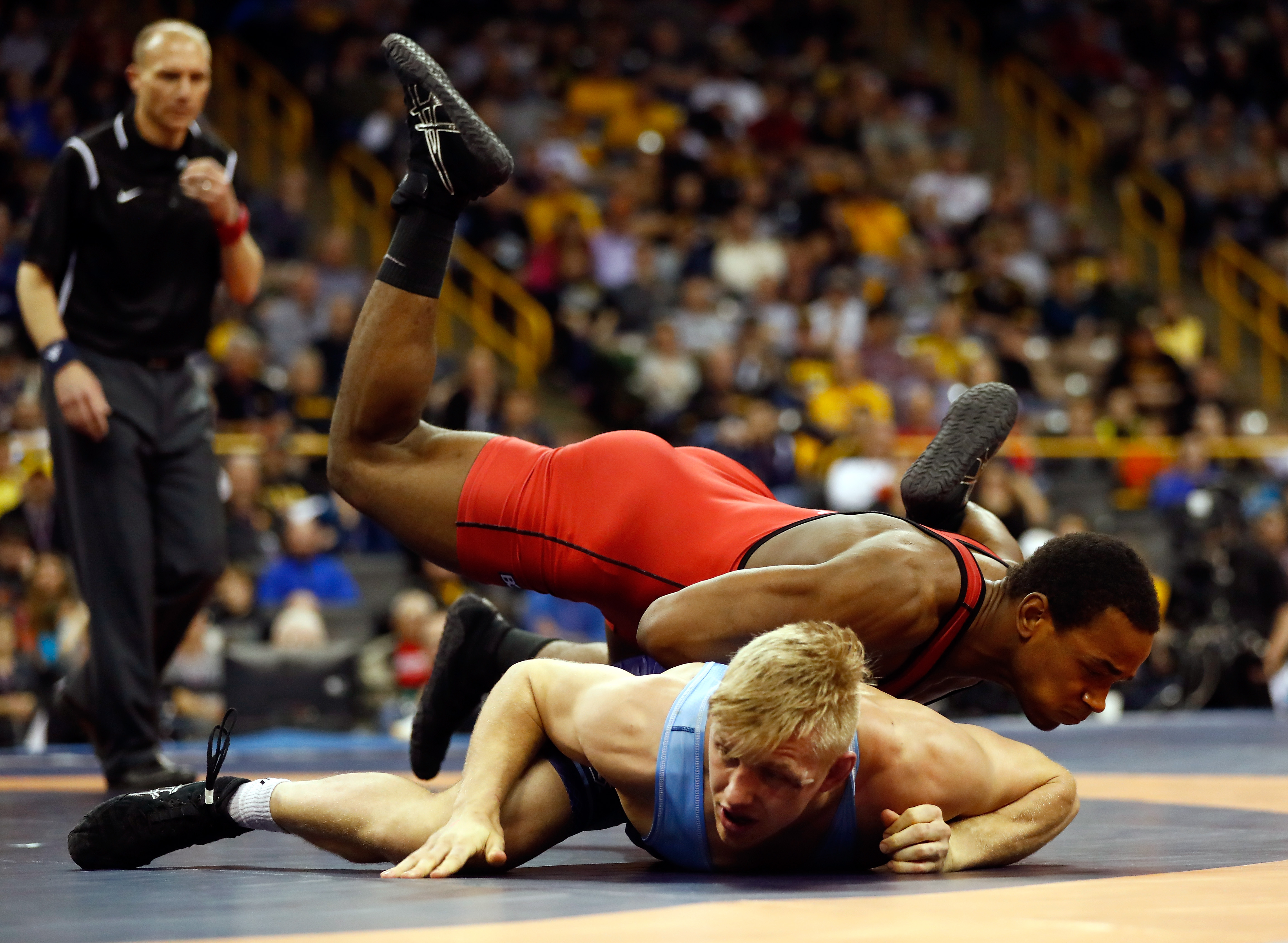 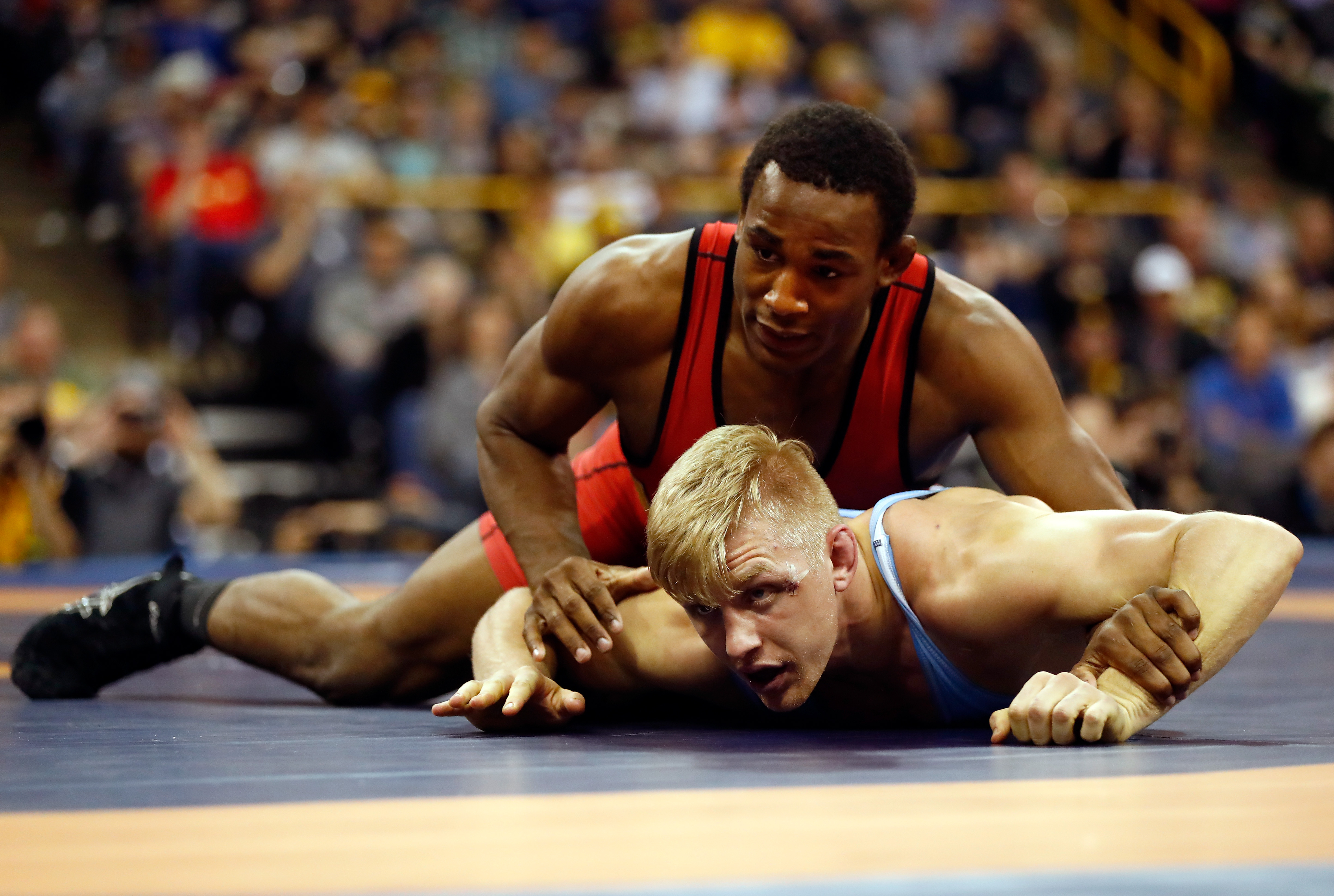 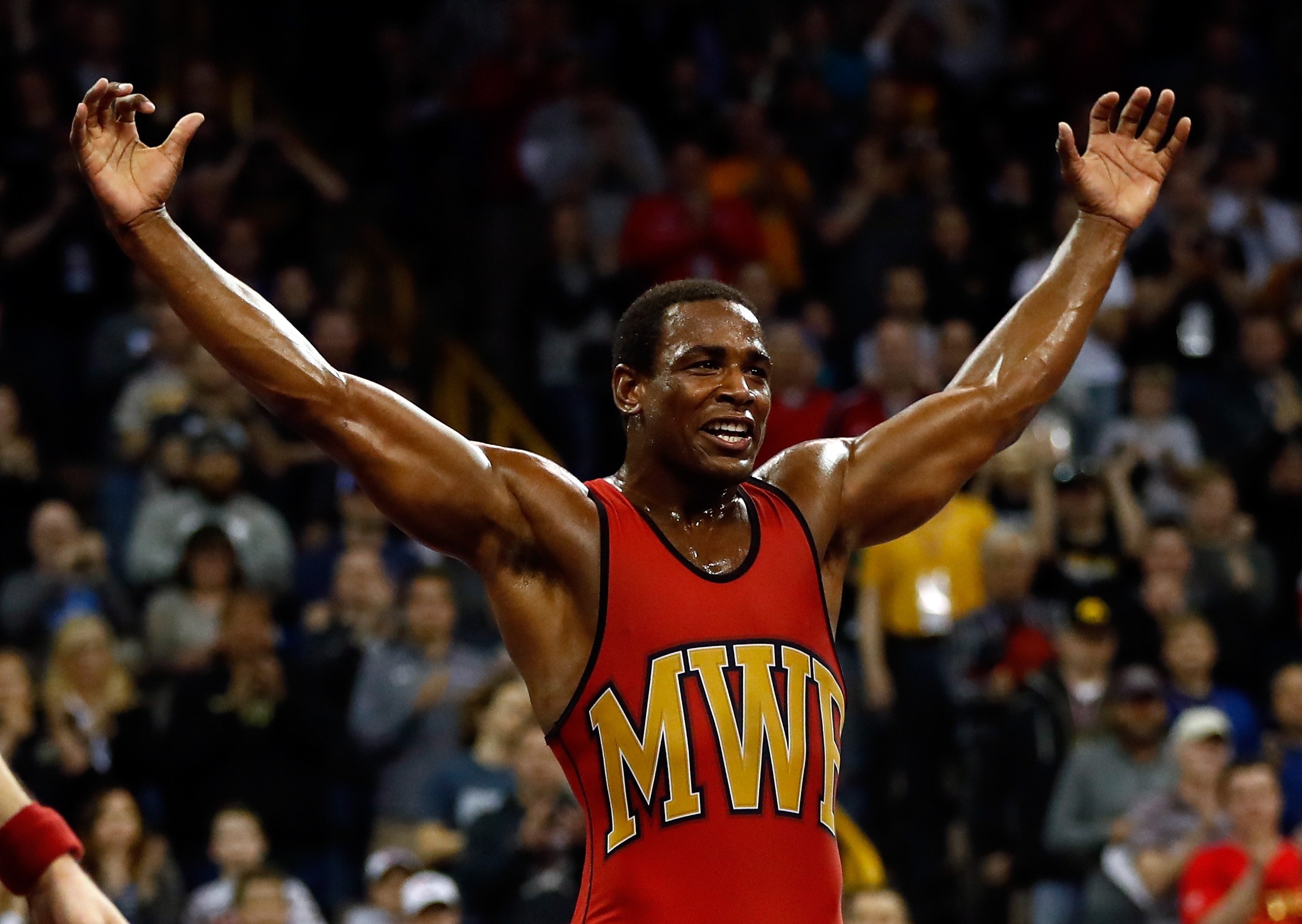 (All photos via Getty Images-Jamie Squire.)