Kim Anderson on Missouri's past two seasons: “I’m not absolving myself from blame.”

There’s nothing like being in the right place at the wrong time. Just ask Missouri head coach Kim Anderson.

Share All sharing options for: Kim Anderson on Missouri's past two seasons: “I’m not absolving myself from blame.”

Following the unexpected departure of head coach Frank Haith, former Mizzou great Kim Anderson was hired to captain the Missouri men's basketball program. And what started out as a dream come true has quickly turned into a never-ending nightmare. Mizzou has suffered through consecutive losing seasons in which the Tigers finished a combined 19-44. These disappointing results have earned Anderson a reservation on the hot seat.

"[Missouri Athletic Director] Mack Rhoades and I have had additional conversations since we talked last and I think that we’re on the same page. I agree with him that at the end of this year we can’t be looking and saying ‘well, we’re three or four years away before we’re relevant again.’"

Contrary to what many Mizzou fans believe, Kim Anderson isn’t the real culprit here. Anderson’s biggest mistake was agreeing to become the head coach of a ship that was already sinking. The Missouri basketball program has been on a downward spiral since they were upset in the first round of the NCAA Tournament by 15-seed Norfolk State. Losing winnable games and promising players via transfer wasn’t a trend that began with Anderson's arrival. Missouri was already dealing with these same issues under Haith

While the last few years have been mired by an NCAA investigation into the previous coaching regime’s recruiting, at the end of the day Anderson has to find a way to overcome inherited misfortune and simply win games. During his press conference on Tuesday, Anderson spoke about the current status of Missouri basketball with a Magic Johnson-like response:

"We have to be better. I wish that it was real complicated, but we just have to make more baskets and we have to stop the other team from scoring more points, and that starts in the practice gym. I think that we have the ingredients to be better, but we’re still young. I know that you’re tired of hearing that, but we have nine freshmen and sophomores. But we have got to learn fast."

And that right there is the tough part for Mizzou fans. Following his April 2014 hire, Anderson had to scramble to recruit players in order to fill the depleted Missouri roster. None of those recruits remain with the Mizzou basketball program.

Anderson was clearly thrown into a tough spot, but the fact he recruited those players can not be ignored. Not only has an entire recruiting class decided to transfer, but during their time at Missouri, every signee underachieved.

"I think that the biggest thing was that when I took the job it was in late April. We recruited guys that we didn’t really get to know. I don’t think necessarily, other than Namon [Wright, along with Jakeenan Gant], that they were guys that the previous staff had been recruiting. So it’s not like everybody knew each other. It was more of a ‘identify this guy, this guy’s available. You wanna come visit, you wanna come visit? You like it? Yeah. Do we like you? Yeah, here sign.’ It wasn’t like getting to know them, getting to know their families. And I think it works both ways, I’m not absolving myself from blame."

It’s easy for critics to point out that Anderson chose the players that ultimately decided to take their talents elsewhere, but in the grand scheme of things what other choice did he have? If he surrounds Ryan Rosburg, Wes Clark and Jonathan Williams with lesser talent or walk-ons there's a chance he doesn't make it through his first year.

"In retrospect, you could always say well maybe we shouldn’t have taken these guys and had multiple scholarships open for the next year and just taken a beating. Maybe we would’ve been better last year. Obviously we’ll never know. [But] as you look back, that’s one thing I’ve always thought about."

Other notable quotes from this week's Missouri media day gathering:

Kevin Puryear: Coach Michael does a really good job with me and Terrence, just teaching leadership. For me at the high school level I’ve always been one of the best players on the team, so I just always led by example. The vocal aspect isn’t something that I’ve always had. Those are things in this week alone that I’ve learned from him. He’s always very hard on us in the weight room. Quick transitions in between drills, never wants us to show weakness. If we’re tired he never wants us on our knees or anything like that because opponents prey on that. That’s the type of thing that we take seriously now, things that we really pay attention to.

On playing a smaller, more spread out lineup:

Terrence Phillips: I think it fits this team a lot more. KP put in a lot of work this spring and summer with increasing his range. So now he can be more of a pop 4 now. He was before but even more now with consistency. Frankie [Hughes], who’s a knockdown shooter. Cullen [VanLeer] coming back with a different mindset, a better mindset, he’s gonna have an excellent year for us. A spread game will give us a lot more pick and rolls.

Biggest changes from last season to this season thus far:

Feeling the pressure to perform:

Puryear: Coach Anderson is putting more emphasis on unity, togetherness. Coach Michael in the weight room, he's a type of coach that preaches no man left behind. That’s the type of mentality that we take whenever we take the court or the weight room. Just small things like that, always picking each other up and always encouraging teammates is something that is always talked about. That’s something that we always wanna put an emphasis on. 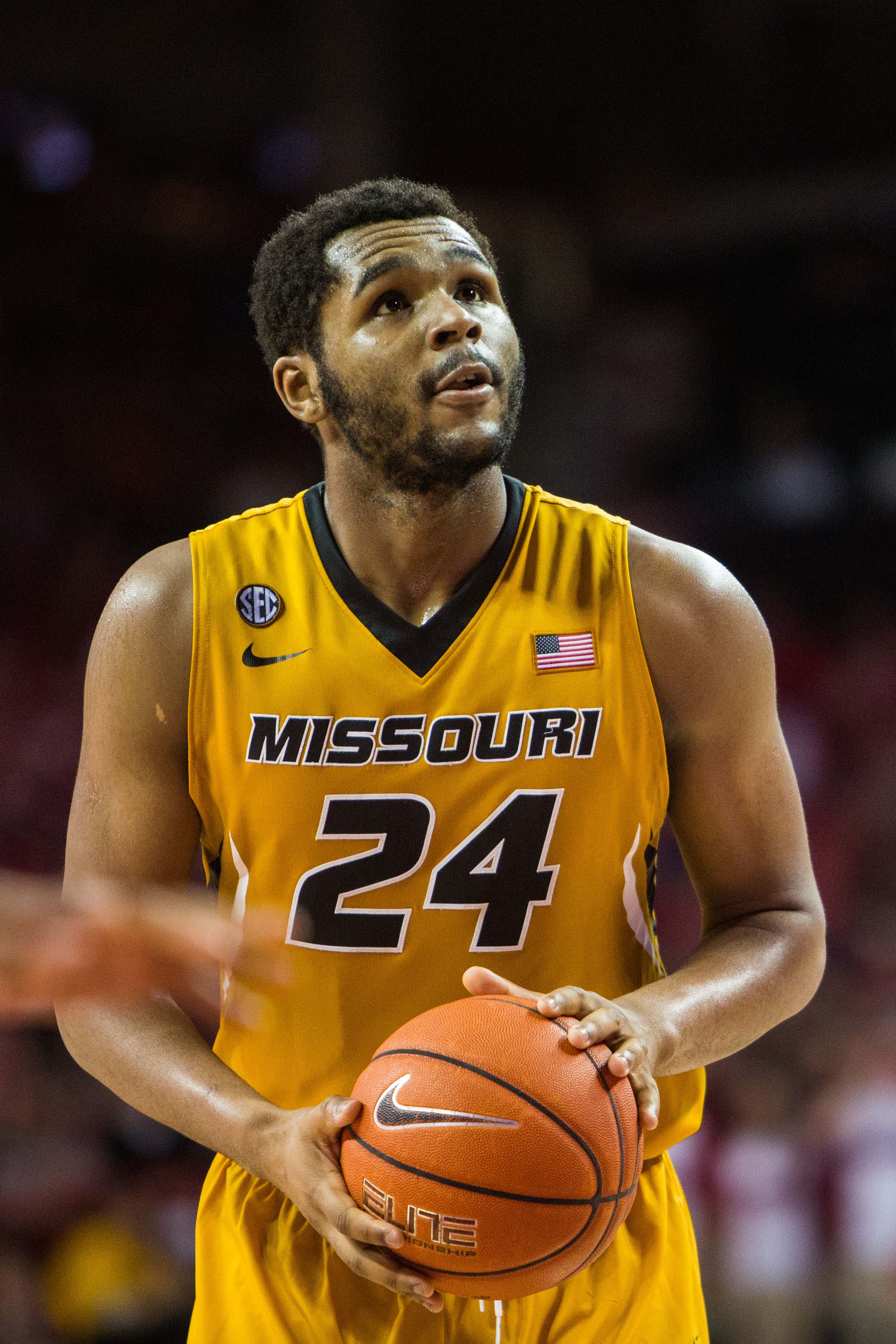