In 1932 Missouri dealt with a football protest, then hired a 23-year old head coach

Share All sharing options for: In 1932 Missouri dealt with a football protest, then hired a 23-year old head coach

For the first time in 15 years, Missouri has a new head football coach. I figure that's as good a reason as any to dive into the archives and read about previous Mizzou coaching changes -- the good ones, the great ones, and the terrible ones. And with the amazing depth of Newspapers.com, we can dive pretty deep.

Gwinn Henry wasn't Missouri's first head coach, but he was the first one to make a sustained impact. He coached the Tigers from 1923 to 1931, peaking with a brilliant four-year run (1924-27) during which Mizzou went 25-6-3 and 19-3-1 in the Missouri Valley. In 1924, his 7-1 Tigers were invited to play in the Los Angeles Christmas Festival against USC.

Henry, meanwhile, began to battle health problems. He had surgery to address an old football injury in the fall of 1931, then battled a significant attack of sciata (which, I'm assuming, is similar to or the same as sciatica). He was hospitalized for two months, and after beating Oklahoma in the first game after he hospitalized, Mizzou finished the '31 campaign by losing 14-0 at Kansas, 38-6 to Temple in Kansas City, and, most disheartening, 31-6 at St. Louis.

Things were awkward in Winter 1932. Henry was returning to full strength, but results had plummeted, and ... it was 1932. The country had entered a full-fledged depression. All but the most well-coiffed athletic departments were taking hard hits. By March, the combination of frustrated alumni and significant budget cuts got the rumor mill swinging. Henry had to deny on multiple occasions that he would be resigning or taking a leave of absence, at one point telling media that "such reports did not originate from within the athletic department."

In mid-April, the rumors persisted, and on April 12 came one of the stranger resignations you'll ever see.

Under unexplained circumstances, Gwinn Henry today tendered his resignation as head football coach at the University of Missouri, and it was immediately accepted by President Walter Williams, effective September 1.

Whether the resignation was the result of Henry's illness last fall, which kept him from the football field the latter half of the season, or was brought about by the athletic department's economy program, which called for a drastic cut in salaries for members of the staff, could not be learned. [...]

"I didn't want to leave here," Henry said informally, "but resigned only because I had to. I don't know why I had to resign: the president didn't seem to know, or at least he gave me no reason." He refused to amplify his statement directly.

Coach Henry said he was informed by President Walter Williams of the University that resigning was the best thing to do."

"I don't know why I had to resign." Don't let it be said that strange messaging from within the Mizzou athletic department is a new phenomenon. (Meanwhile, he resigned in April, and it was "effective September 1." Different times.)

As Henry was still popular with plenty in the Columbia area, this didn't sit well. Local businessmen organized a testimonial for him and demanded that athletic director Chester Brewer shed light on the situation.

Members of the University of Missouri football squad were on "strike" today as a protest against the resignation of Gwinn Henry, head coach.

The players refused to don their uniforms yesterday for spring practice, and signed a petition in which they objected to the withdrawal of Henry as coach. Leaders of the movement said there would be no more spring practie until Henry's successor is named, and that even then they would not return to the field unless the new coach should be acceptable to them.

"We believe that Coach Henry has been treated unfairly by the athletic governing body when it forced his resignation this late in the year," the players said in their petition. "Henry's loyalty to the school and his faith int he 1932 squad caused him to reject any offers from other institutions seeking a football coach, that had been made." [...]

Brewer and Dr. Williams set about on an awkward coaching search, honing in on a few different candidates. Abe Stuber, a former Mizzou letterman who had spent the last three seasons at Westminster, interviewed. (He would go on to land at SEMO, where he won 73 games and three conference titles before taking the Iowa State job in 1947. He went 24-38-3 there.)

Most intriguingly, Lynn "Pappy" Waldorf was under serious consideration and supposedly interviewed. (He would end up staying in Stillwater and going 15-3-3 in 1932-33. He took the Kansas State job for one year and went 7-2-1 there, then he spent 12 fruitful years at Northwestern and led Cal to back-to-back-to-back top-5 finishes and Rose Bowl appearances. He retired with 157 wins.)

Other names floated around -- young Ohio head coach Don Peden (who was 24-1-1 in the previous three years), even younger Notre Dame assistant Jack Cevigny (who would end up spending three years at Texas before dying in Iwo Jima during World War II), some former Tiger named Don Faurot. But after a while, Waldorf's name vanished from consideration, either because he didn't like what he had heard about Missouri's financial situation, or because Brewer and Williams had gotten attracted by a new name. Regardless, in early May, Mizzou flipped most of its attention to one man: Frank Carideo.

Of course, to counter any potential pros, all you really had to list was one con: He was 23 years old. He had spent the previous year as an assistant on Noble Kizer's Purdue staff (the Boilermakers improved from 6-2 to 9-1 that year, for whatever that's worth), and that was it. That was his coaching résumé.

This would have been like hiring Tim Tebow as Mizzou head coach 2011 -- you could have probably found plenty of enthusiasm for the hire on the Internet, but it almost certainly wouldn't have worked out well.

As would have been expected, though, Carideo interviewed very well. And on May 21, his hire was approved and announced. To say the least, he probably didn't cost as much as Waldorf would have. And his name put Missouri in the national headlines for weeks. (Again, Tebow.) It also generated some local enthusiasm.

The Notre Dame system of football was ushered into the University of Missouri yesterday afternoon to the apparent delight of sixty-four Tiger gridiron aspirants and more than 500 students and Bengal followers. And it was the consensus opinion of all the spectators that Frank Carideo's first day as head football coach at the University of Missouri was a decided success.

Still, Carideo only got to squeeze in one week of practice before the semester ended, and he couldn't do anything more until fall practice began on September 10. And just three weeks after that, a brutal 1932 season began with a visit to Evanston to take on a Northwestern team that had gone 7-1-1 the year before. After that: Texas. The Big 6 slate included trips to Oklahoma and Nebraska.

Mizzou did win in Norman. So there's that. And you could certainly say that the Tigers showed improvement throughout the season. After all, they only lost their last three games (to Kansas, Nebraska, and SLU) by a combined 47-12. That was a lot better than how the season began (Northwestern, Texas, and Kansas State outscored them 117-0).

Mizzou went 1-7-1 in Carideo's first season, and while you could write that off as a product of a tumultuous spring and a lack of time to install Carideo's system, those excuses ran dry the next year. Missouri started the 1933 season with visits from Central Methodist and Truman State (then known as Kirksville State); the Tigers went 1-1, beating CMU but losing to Truman 26-6. They then got outscored 167-18 in their final seven games.

Despite his age, Carideo was brought to Missouri to install a thrilling system of offensive football. And in 27 games, his Tigers scored 115 points. They were shutout 15 times and scored in double digits three times.

Carideo was dumped after three years and two wins. It completely derailed his own coaching career, at least on the gridiron. Following his Mizzou ouster, he landed at Mississippi State, where he served as an assistant for head coach Ralph Sasse (who would take the Aggies to the Orange Bowl in 1936) ... and also served as MSU's basketball coach. He went 43-39.

Mizzou, meanwhile, gave a closer look to the head coach of the Kirksville State team that had whopped the Tigers in 1933. Don Faurot was brought aboard in 1935. It was a slightly more successful hire. 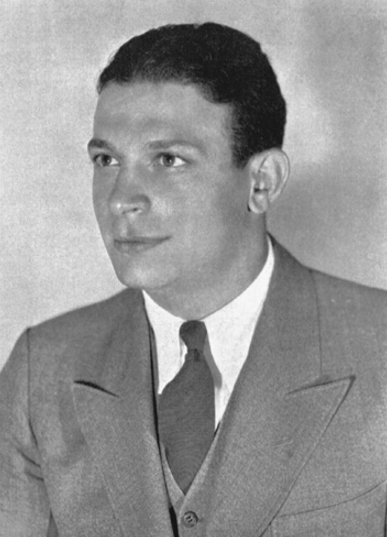