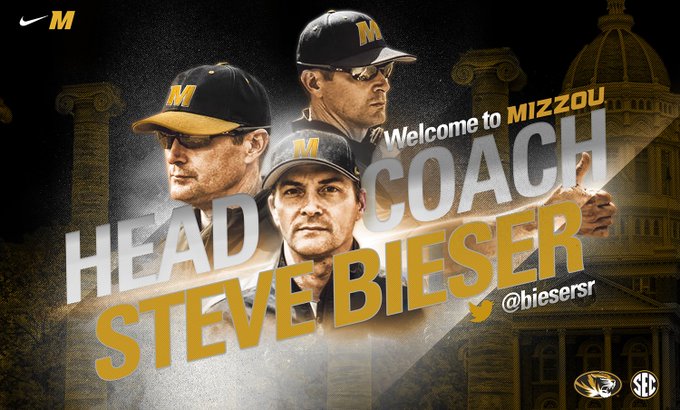 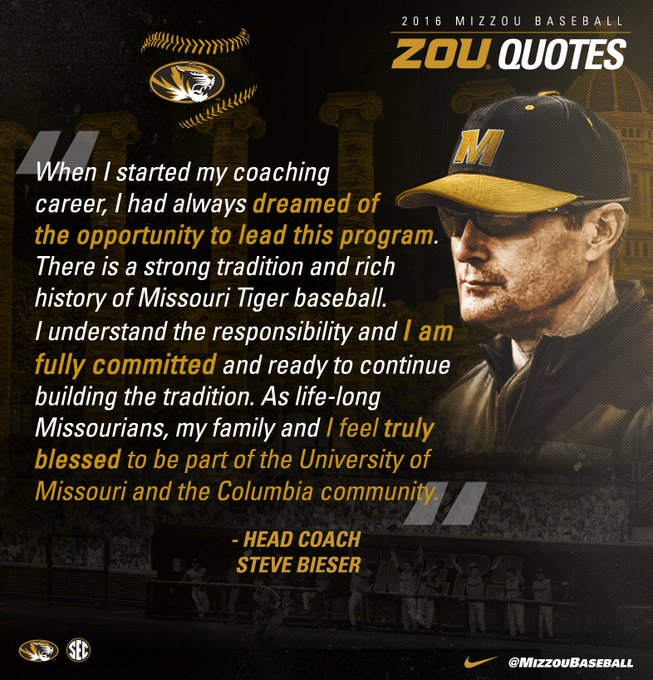 When I started my coaching career, I had always dreamed of the opportunity to lead #Mizzou - @biesersr #MIZ

The Missouri baseball coaching search was just long enough to see two or three different front-runners, but in the end, one of the first people linked with the job, took it. This afternoon, Missouri announced that SEMO's Steve Bieser, the only coach to win three consecutive Ohio Valley Conference titles, will be the program's 14th head coach.

A two-time OVC Coach of the Year, Bieser won 35 or more games in each of his last three seasons at SEMO, a feat that had been accomplished just once before he took over the program in 2013. Bieser turned in a .587 winning percentage in his time at SEMO, the best among any coach in program history.

Bieser turned in a banner year in 2016, as he earned his 100th career victory and opened OVC play with a perfect 12-0 record, the best start in program history. The season culminated in a regular season OVC Championship, an OVC Tournament title and the school's first NCAA Regional since 2002, qualifying for the Starkville Regional at SEC Champion Mississippi State.

Bieser will be presented publicly in a press conference set for 11 a.m. Friday morning on top of the McArtor Baseball Facility at Taylor Stadium.

After going 26-33 in his first season, Bieser's Redhawks ripped off an impressive run. And now the Ste. Genevieve native and former New York Mets and Pittsburgh Pirates catcher will get a shot at building a program in the SEC.