As per usual, the Mizzou Baseball program is shy about publishing an official roster until all the cuts and red shirts are final just before the start of the season. But at the exhibition game against the Illinois State Redbirds this past weekend, they did distribute a printed roster.

Here's a jpeg version of that roster: 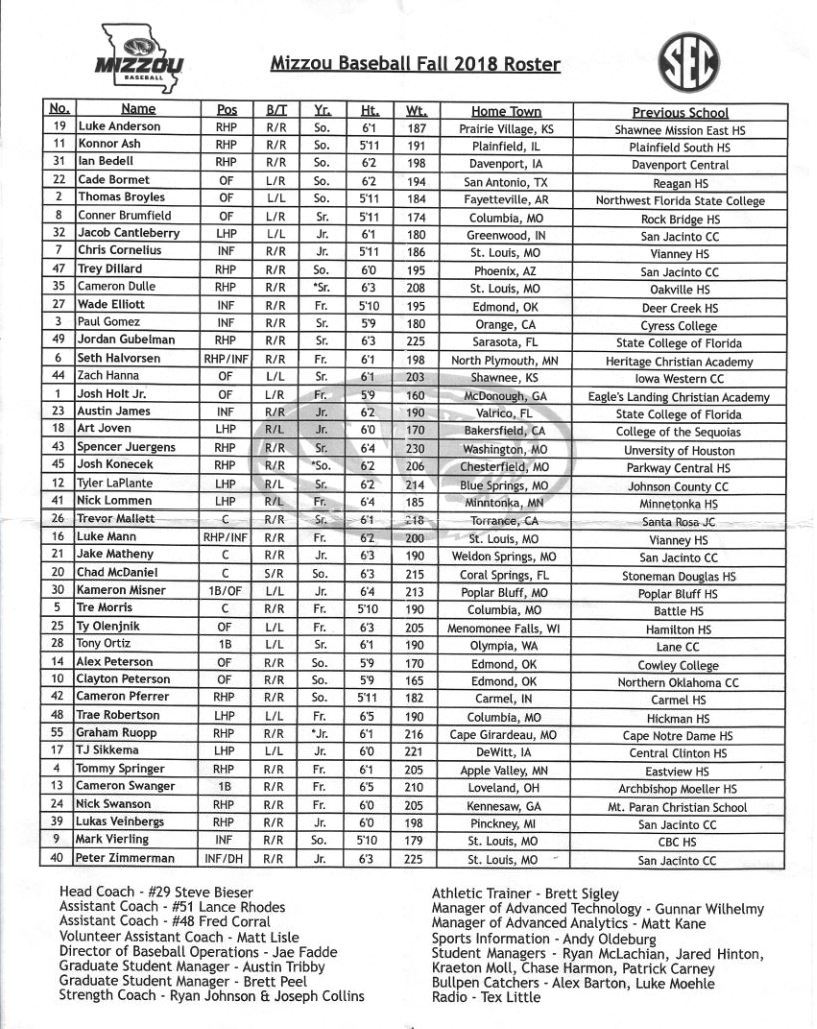 For a pdf file of this roster, click here.

Nice to see Battle, Hickman, and Rock Bridge all represented on the roster! https://t.co/IXlPLjP74i

I'll save you the trouble of counting the players on that roster. There are 42, which is 7 more than the 35-man limit for the regular season.

That's not at all unusual for a team in a top-tier D1 conference. In fact, I'm surprised the roster isn't bigger.

Why do big-time programs bring in more players than they'll need? Remember, there is no minor league farm system the coach can tap into if a player is injured or someone is under-performing. If a player isn't going to make it to the final cut, the only source of additional players is walk-ons.

Some of the freshmen will be red-shirted. Other players will be cut from the team before the roster-limit deadline.

Last year, in his second season at the helm of the Tigers, Mizzou Head Coach Steve Bieser demonstrated a preference for cutting under-performing upperclassmen, choosing to keep younger players. That may be in part because he wants to build a roster of players he recruited, moving on from Tim Jamieson's version of the Tigers.

Of the 42 roster players, 20 are veterans from last year's team. 11 are transfers from JuCo's and other colleges. 11 true freshmen round out the Fall squad. 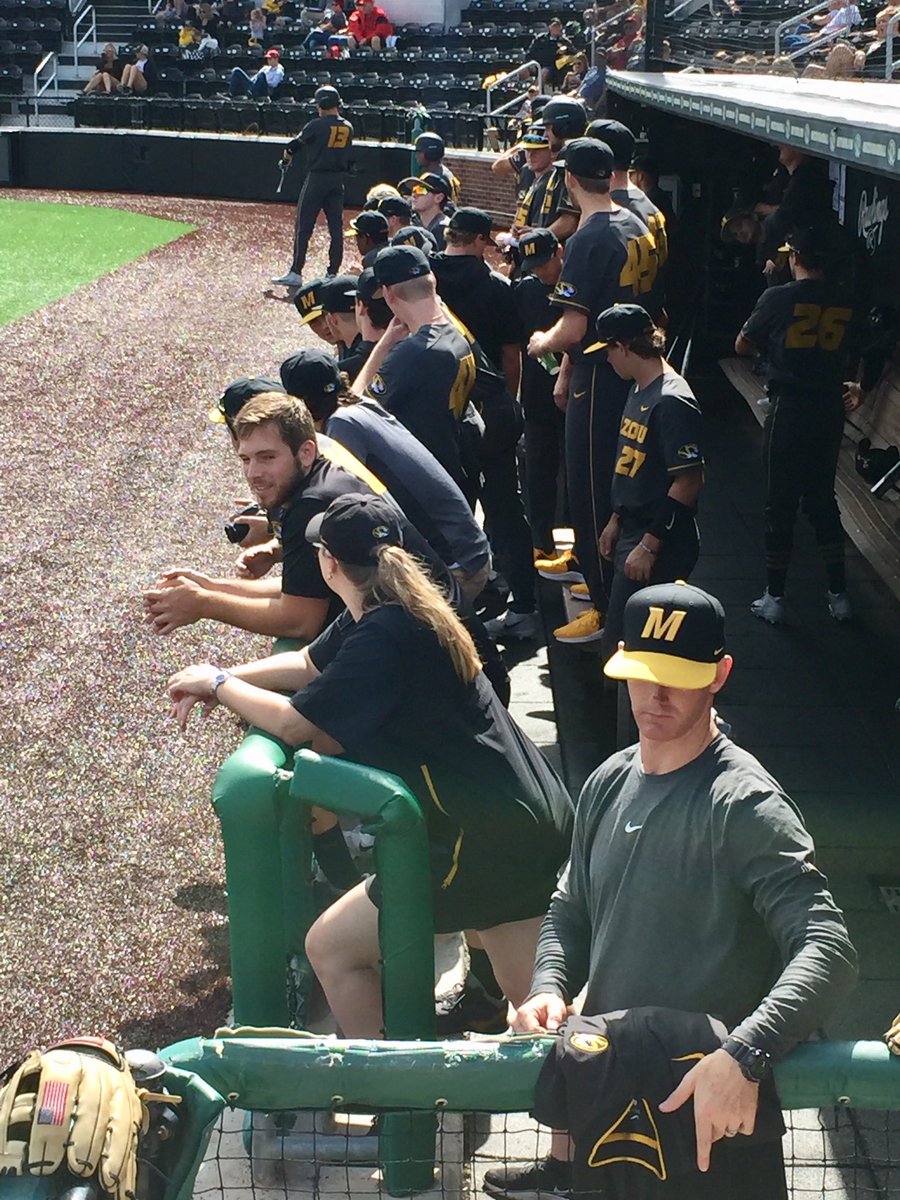 So can this roster of players take the Tigers back to the NCAA Regionals and beyond?

Baseball America ranked this recruiting class in the top 35 nationally.

D1 Baseball ranked the Tiger recruiting class 20th in the nation. They highlighted the following list as the top prospects among the Tiger newcomers:

You have more chances to watch this new version of the Tigers during the coming week, with another Black & Gold Game Friday evening and an exhibition game against the SLU Billikens Saturday afternoon at 1:00.