In a way, Barry Odom is the worst-case replacement for Gary Pinkel. And he'd be great.

It's hot board season!

Share All sharing options for: In a way, Barry Odom is the worst-case replacement for Gary Pinkel. And he'd be great.

At SBN, we've poked fun at Hot Lists. Local reporters, once tasked with talking about a job opening they're covering, will crank out a list of potential candidates at School A, and it will look exactly like the list that a reporter at School B produced a week earlier. National guys will talk like insiders ... and come up with lists that are about 90% similar for each school.

If you're seen one Mizzou hot list, you've basically seen all of them. That makes sense considering that a) everyone's flying blind early in a process like this and b) demands of the internet require you to provide a list before you actually know one.

I figure the smartest thing to do at this point, while we wait for random leaks of info, would simply be to talk a little bit about the most obvious candidates. And at the moment, there are only three of them.

(And yes, as a veteran of the 2011 basketball coaching search, in which I wrote profiles of something like 15 candidates and then watched a 16th get the job, I definitely know that talking about only three guys might feel a little bit silly in a few weeks. So be it.) 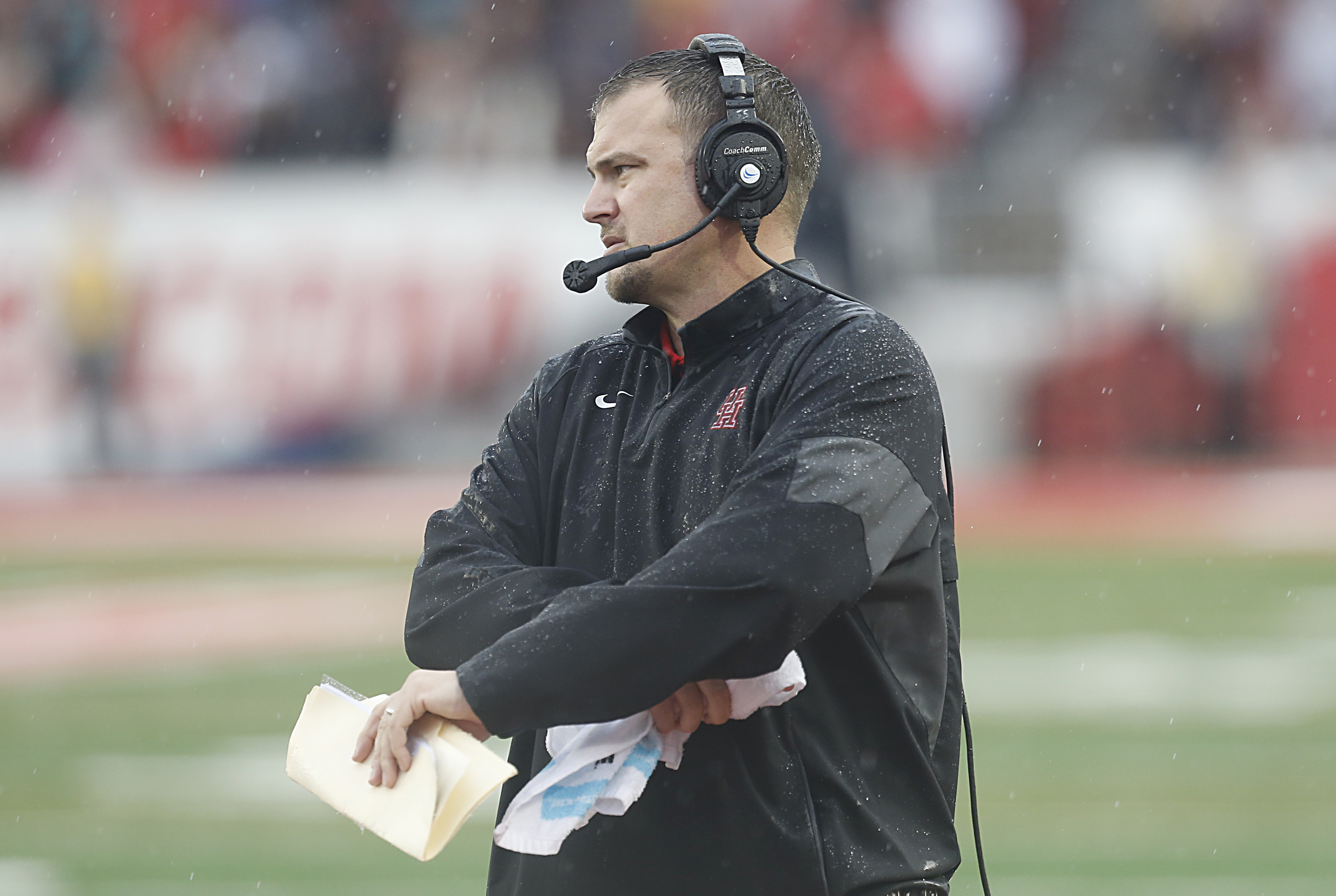 It's easy to get carried away by the hype, and it's easy to simply look at mid-major standings and get a read for which guys will get called up to power conferences in the offseason. Just check out the current F/+ rankings and compare that to most coaching candidate lists we've seen for most jobs of late. Right now, Navy's the highest-ranking mid-major, but if you ignore Ken Niumatalolo because of people's general fear of option football, then here's what you get:

Houston is the only one still undefeated, and people are likely putting Herman's name first because of that. Be wary. That said...

Damn, does he check every box. He was brilliant as Ohio State's offensive coordinator. He's showing signs of being a masterful recruiter -- with just 18 commitments, Houston's recruiting class currently ranks 32nd in the 247Sports Composite, with a five-star commit and a four-star commit. (A third player is four stars according to Rivals.) And ... well ... he's undefeated! No, the cupboard wasn't bare when he showed up in Houston, but Tony Levine isn't an awful coach, and Houston still only ranked 73rd in F/+ last year. The Cougars are 28th now.

People are making a lot of Herman's connections to Missouri athletic director Mack Rhoades. Rhoades hired Herman at UH, and maybe that means something. But getting Herman will require winning a bidding war. If Missouri were to pursue him, perhaps that would at least drive the price up for others like South Carolina. But Missouri also has a good amount of money to spend, so maybe it could WIN the bidding war if it chooses to go that far.

He's going to cost a lot of money, though, and he's got a pretty significant buyout. Plus, by most unofficial accounts, he would absolutely leave for the Texas job if offered it at some point in the future. Maybe that isn't a huge deal, but after a 15-year relationship with the last head coach, it might matter. 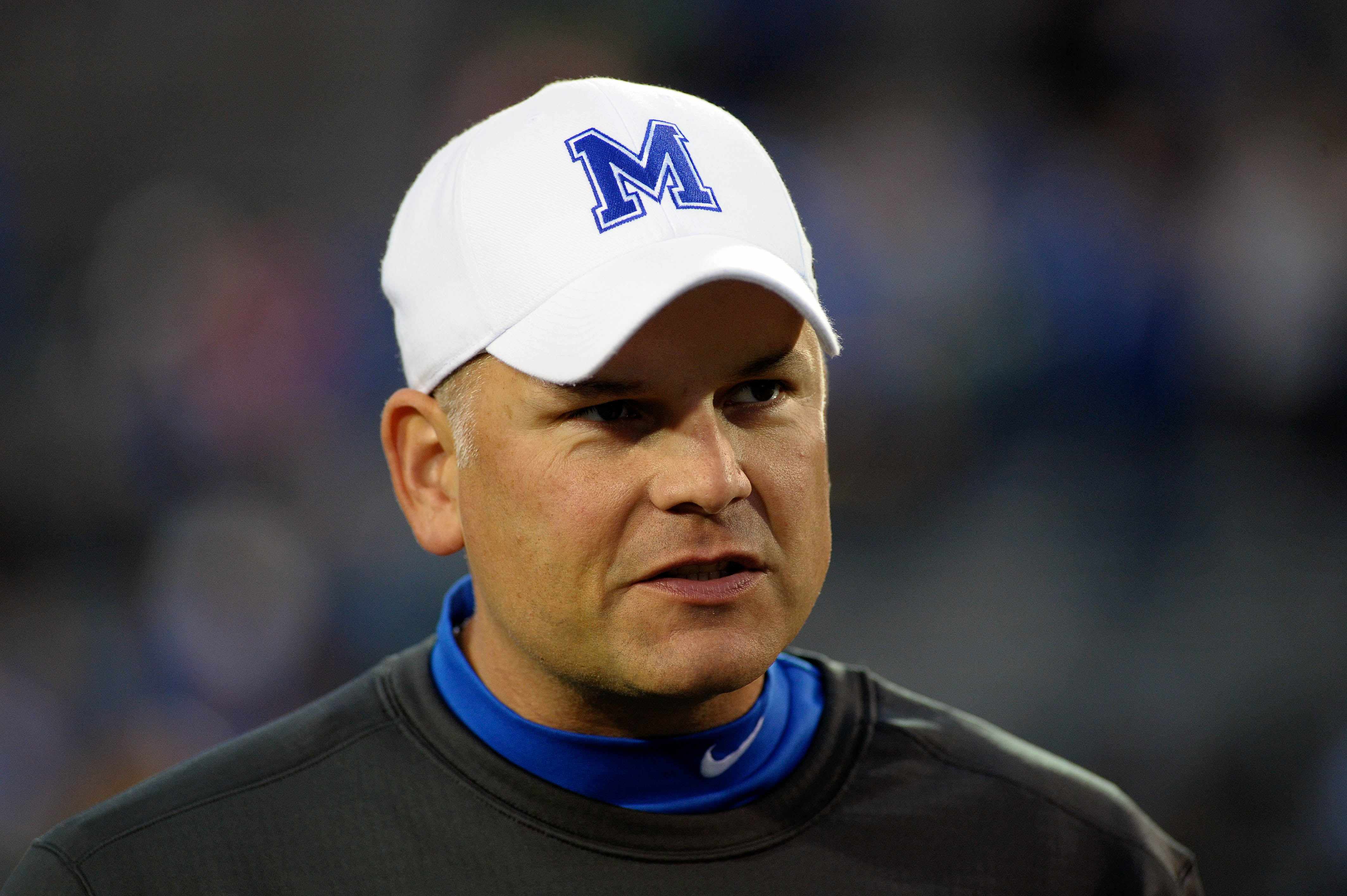 If you're looking for a good fit between coaching acumen and returning personnel, well, Justin Fuente might be one hell of a pick. Fuente was a perfect hire for Memphis four years ago; he inherited a program that was disorganized and disspirited, one that barely had enough scholarship athletes to field a two deep. Memphis had gone 5-31 in the three seasons before Fuente arrived, and after going 7-17 in his first two years, he's since gone 18-5. He filled his staff with great hires (including Barry Odom as his first defensive coordinator) and quickly gained traction on defense.

I talked to Fuente about his early building job in this piece:

An FBS team is allotted 85 scholarships. In 2012, Fuente inherited a team that had just 50. His first offense returned just three starters, but that's probably just as well, because the 2011 Memphis offense was atrocious.

"We had a long way to go from a physical standpoint. The overall health of our squad, from the emotional health to the physical health, it just didn't give us a chance. I felt like if I created a list of things to improve and presented it to the team, it would overwhelm them. We had to be responsible to each other -- coming to workouts ready, on time, all those discipline things. And we needed to develop some trust with our kids. We had players who had had different position coaches every year through their time in the program."

When you fall as far as UM had, there are no shortcuts. You have to make the best hires you can make, bring in the right kids, and begin the upkeep. And according to Fuente, you aim for pure coaching talent. If assistants leave for bigger jobs because they're so good, have a plan already in place.

"If you don't spend any time thinking about [succession], then you've got your head in the sand. It may not be set in stone, but you've got to have an idea for what might happen if there's turnover. You have to realize those things are going to happen and create a work environment people want to work in."

That was written before Memphis' 2014 breakthrough, and though Odom's departure (along with that of quite a few starters) has led to regression on defense this year, the offense has exploded in 2015.

Herman's got the sexier name right now, both because of his undefeated record and his Urban Meyer ties. But Fuente has aced a four-year exam, he's got ties to the southeast after recruiting it for a while, and having helped to mentor both Andy Dalton at TCU and Paxton Lynch at Memphis, he would likely coax quite a bit of production out of Drew Lock.

And yes, he would also cost a ton of money. His addition might be enough to keep Barry Odom as coordinator, but Memphis might also come after Odom to replace Fuente should he leave. 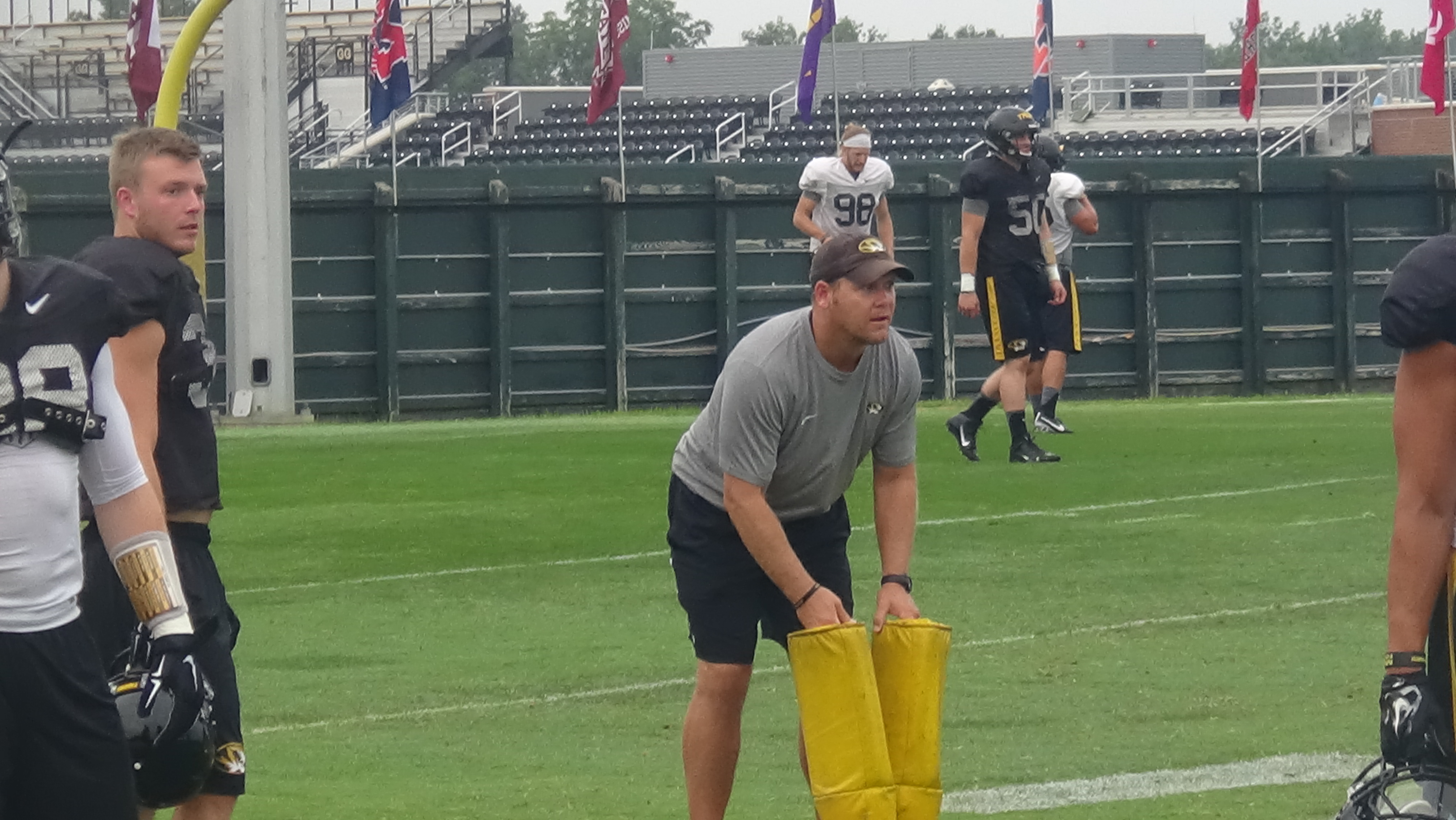 I've been sold on Barry Odom as head coaching material since he was a sophomore linebacker at Missouri in 1997. His acumen is obvious -- he was a good position coach for Gary Pinkel and a great defensive coordinator for Justin Fuente, and in his first year as Mizzou's D.C., he's managed to keep the Tigers in the top 15 in Def. S&P+ despite massive losses up front. He's a magnificent assistant, and he's already regarded as possibly Missouri's best recruiter.

Back when we pictured Gary Pinkel returning near the end of the 2010s, it was easy to craft a scenario in which Odom left for a head coaching job somewhere (Memphis, for example), then returned home to take over for Pinkel after he had gotten a little bit of experience. But now Pinkel's leaving early. Is Odom ready? Is Missouri so completely sold on him that it would hire him to lead an SEC team with no head coaching experience?

I don't hate the idea. We know the players love him, and in theory, promoting Odom would allow him to move Craig Kuligowski up to defensive coordinator (therefore keeping the best defensive line coach in the country in the fold), keep some other Pinkel assistants involved (Ryan Walters, for instance), and still bring in some new blood on the offensive side of the ball. If we think of this as the worst-case scenario -- if only because Missouri is probably the only power conference team considering him for a head coaching job -- it's a pretty great worst case.

If I were Mack Rhoades -- and thank goodness I'm not; I'm perfectly happy not living with this level of pressure -- the thought of pursuing Herman and Fuente (perhaps driving their price up for others if you don't think you can land them yourself) and going with Odom if you don't think you can land either of the big fish is pretty fantastic. In my head, Odom is probably the favorite for the job at this point, and I'm completely at peace with that. The lack of head coaching experience is a little bit scary, but then again, he's barely been a head coach less than Herman. If you've got it, you've got it, and if Mack Rhoades elects to make Odom Pinkel's successor, I could more than live with that.

And with that, we wait for actual news ... well, actual, semi-sourced rumors. And I'm sure in three days we'll have a completely different list of candidates to talk about.