Sorry your team is bad, but College Basketball is still GOOD!

Share All sharing options for: Sorry your team is bad, but College Basketball is still GOOD!

Does your college basketball team have you down? Does the prospect of another two plus months of losing basketball not sound appealing?

If you're like me, the team you pull for just isn't a good team. But that doesn't mean you can't still enjoy college basketball because there are lots of teams who can fill the good basketball void your team has left. So after you sit through another disappointing contest where your team doesn't play up to their ability, turn the channel and cleanse your palate and watch good basketball. Here are some teams you could watch instead, and even pull for if you're so bold. 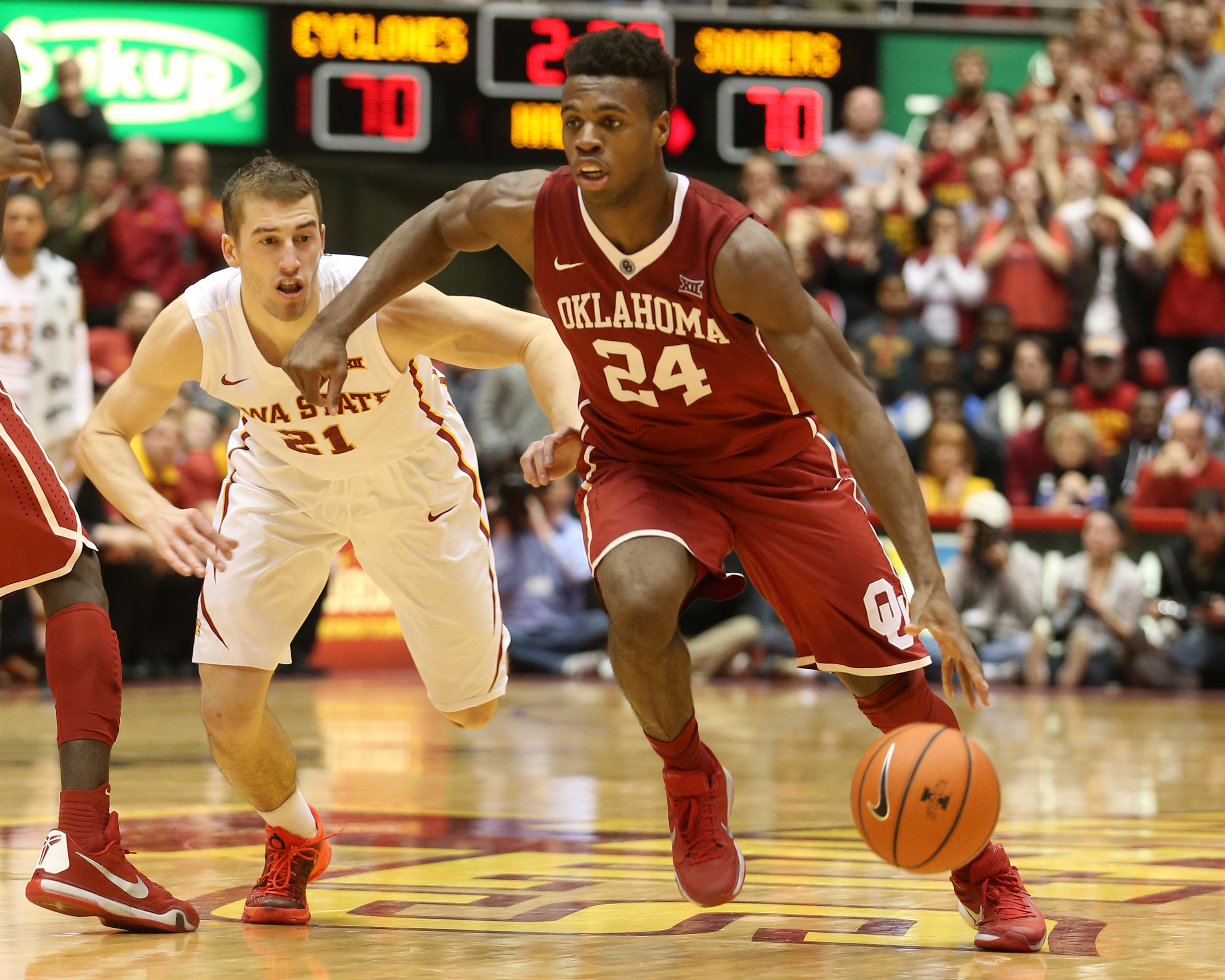 If you want to look for hope? Look no further than Oklahoma. They used to be bad! Now they're really good! Lon Kruger took over a bad program and slowly and steadily improved the talent and play on the Sooners roster. They've made the last two NCAA tournaments, but this years team is special. Reid Forgrave compared the Sooners to the Golden State Warriors by saying:

The analogy to Golden State isn't perfect, but it sure is fun to lay the two teams next to each other and compare them. Just like the Warriors threw the old NBA way of thinking out the window — that 3-pointers are fool's gold — Oklahoma is doing the same in a stacked Big 12. As a team, the Sooners are leading college hoops in 3-point percentage. The Sooners are shooting 46.4 percent, which would be the highest in Division I hoops since Green Bay shot 46.7 percent from three in 1991-92. Nearly 40 percent of their offense comes from threes, which ranks 13th nationally. They have Golden State's incredible chemistry, which comes from the Sooners' core four — Hield, Ryan Spangler, Jordan Woodard and Isaiah Cousins — having played together for the past three years, a rarity in today's college hoops.

And just like Golden State, which leads the NBA in assists, Oklahoma moves the ball exceptionally well. Perhaps the most astounding statistic from its trouncing of Baylor was that 29 of the Sooners' 31 field goals came off an assist.

For me personally, the Sooners are the only team in college basketball that I will go out of my way to watch, and I have this year. I've seen the Sooners play more than any other team not named Mizzou. I usually try to focus on the SEC for my non-Mizzou viewing, but I can't stop watching Buddy Hield and friends. Forgrave is right in how they share the ball and play offense like it's an orchestral movement. Oklahoma has long been one of my least favorite programs because of the old Big 8 days, just something about Billy Tubbs and Kelvin Sampson I never enjoyed (I'm pretty sure Eduardo Najera on his own is a reason to hate the Sooners). But these Sooners aren't those sooners, and their style of basketball is so much fun to watch.

Your next chance to catch them: Tonight vs Texas Tech, 6pm ESPN2 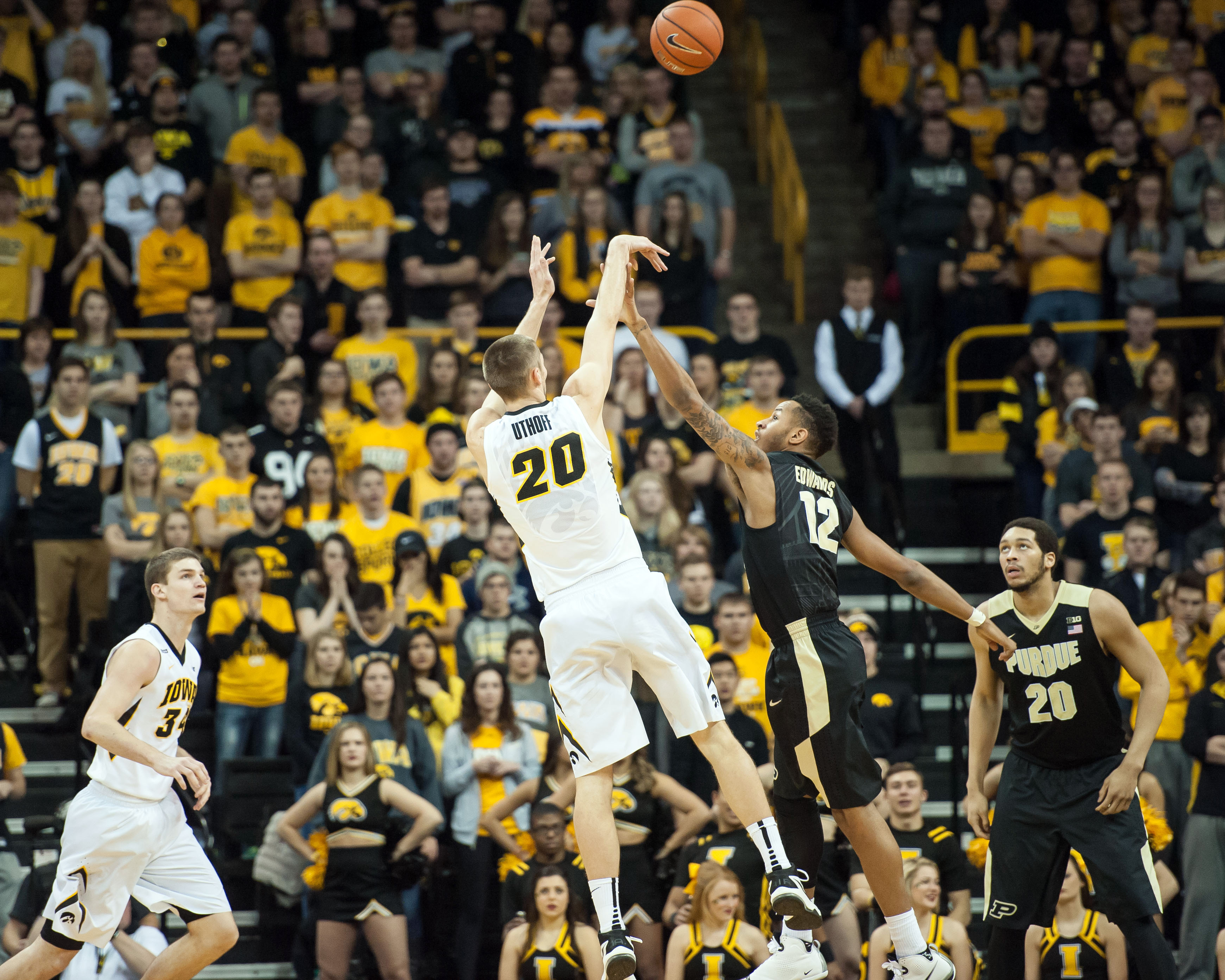 Most people might forget that Iowa began this basketball season by losing to Division II Augustana (the college, not the band) in an exhibition game. Yes, the Hawkeyes were happy that game didn't count, but they're even happier with the play of Jarrod Uthoff, who is averaging 19 points, 6 rebounds and is shooting the lights out. You may remember Uthoff as the kid who left Wisconsin with severe transfer restrictions, and attended Iowa by paying his own way for a year of school. It looks very much like Bo Ryan knew what he was doing with those restrictions as Uthoff has been virtually unstoppable in helping the Hawkeyes climb up the college basketball rankings. Second on the team in scoring in Peter Jok, a junior who went from 5-star can't miss 8th grader to an after thought after an injury, take some time to read Kevin Trahan's piece for SBNation College Basketball about Jok:

"When I first saw him, I thought he could play the one," McCaffery said. "He was a big guard and he was a big presence, but the more I was around him, I said this guy can really make shots, as a shot maker, but also who can drive, who can post."

Six years later, that's what Jok has turned into as a junior at Iowa. He has an offensive rating of 123.3 in Big Ten play -- 15th-best in the conference -- and he's also in the top 20 in the league in effective field goal percentage, three-point percentage, free throw percentage and steal percentage. And after a rough two years, he's a big reason why Iowa is off to a 5-0 start against a monster Big Ten slate, scoring 19 vs. Michigan State, 11 at Purdue, 23 at Michigan State and 16 vs. Michigan. He is averaging 14.7 points per game against KenPom.com top 50 opponents.

But Iowa is more than just Jok and Uthoff, they Hawkeyes are 6th in Adjusted Offense, and 14th in Adjusted Defense. Basically, they're a very good and balanced team, and they're fun to watch.

Your next chance to catch them: Thursday @ Maryland, 6pm ESPN 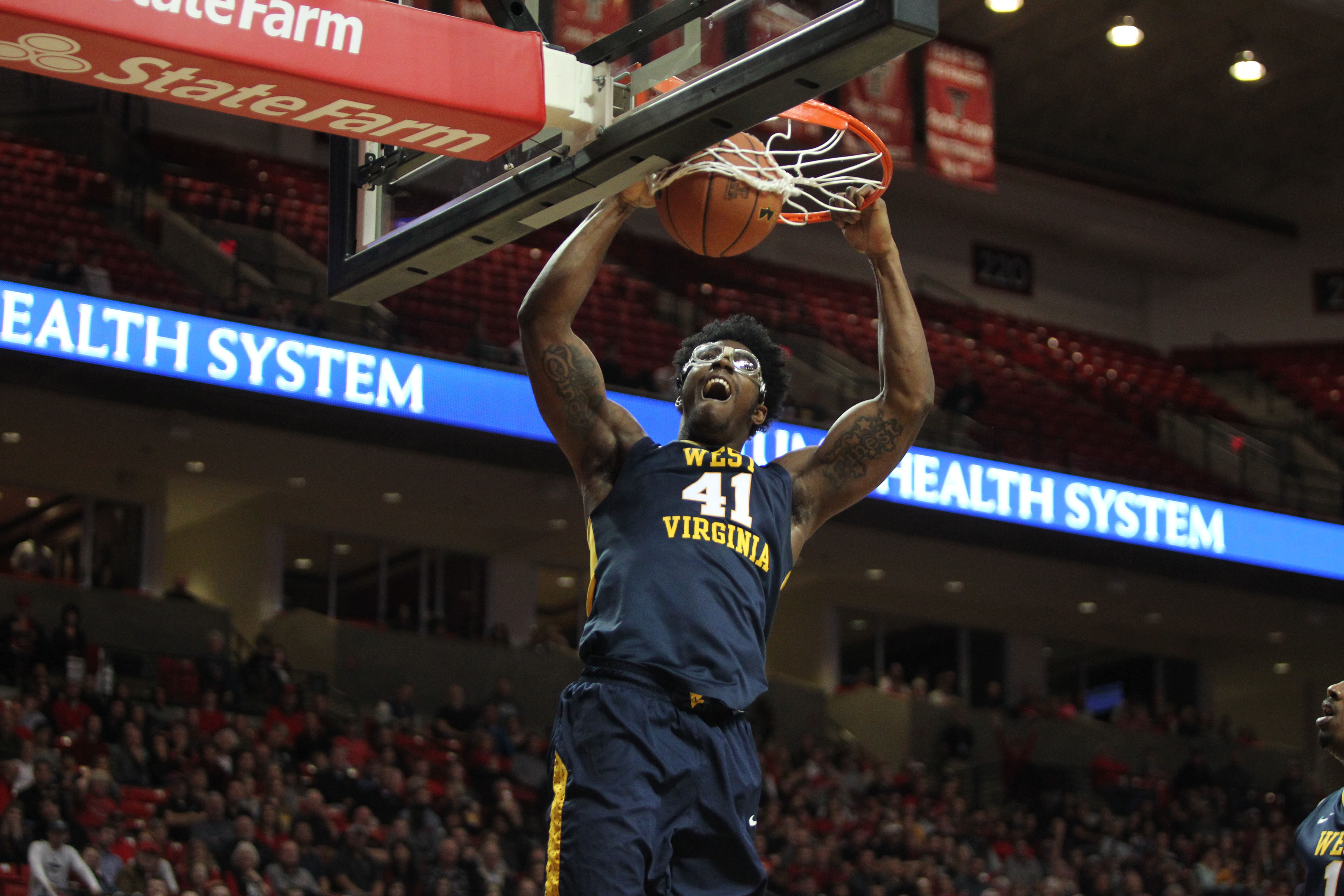 Bobby Huggins has things rolling in Morgantown, and the Mountaineers are playing a very fun, uptempo style of basketball. This is a nice departure from his Big East WVU teams that played at a very ugly plodding pace, but Huggins didn't really have the talent in place that he does now. There are four players averaging in double figures, and two others who average over eight points a game. They play nine deep and their defensive effort is maxed on every possession, and it shows as they have the second ranked defense in Adjusted Efficiency on KenPom. They create turnovers (and turn the ball over a fair amount themselves) so the game is usually played at a breakneck pace. Which is fun to watch!

Your next chance to watch them: Tonight vs Kansas State, 6pm ESPNNews 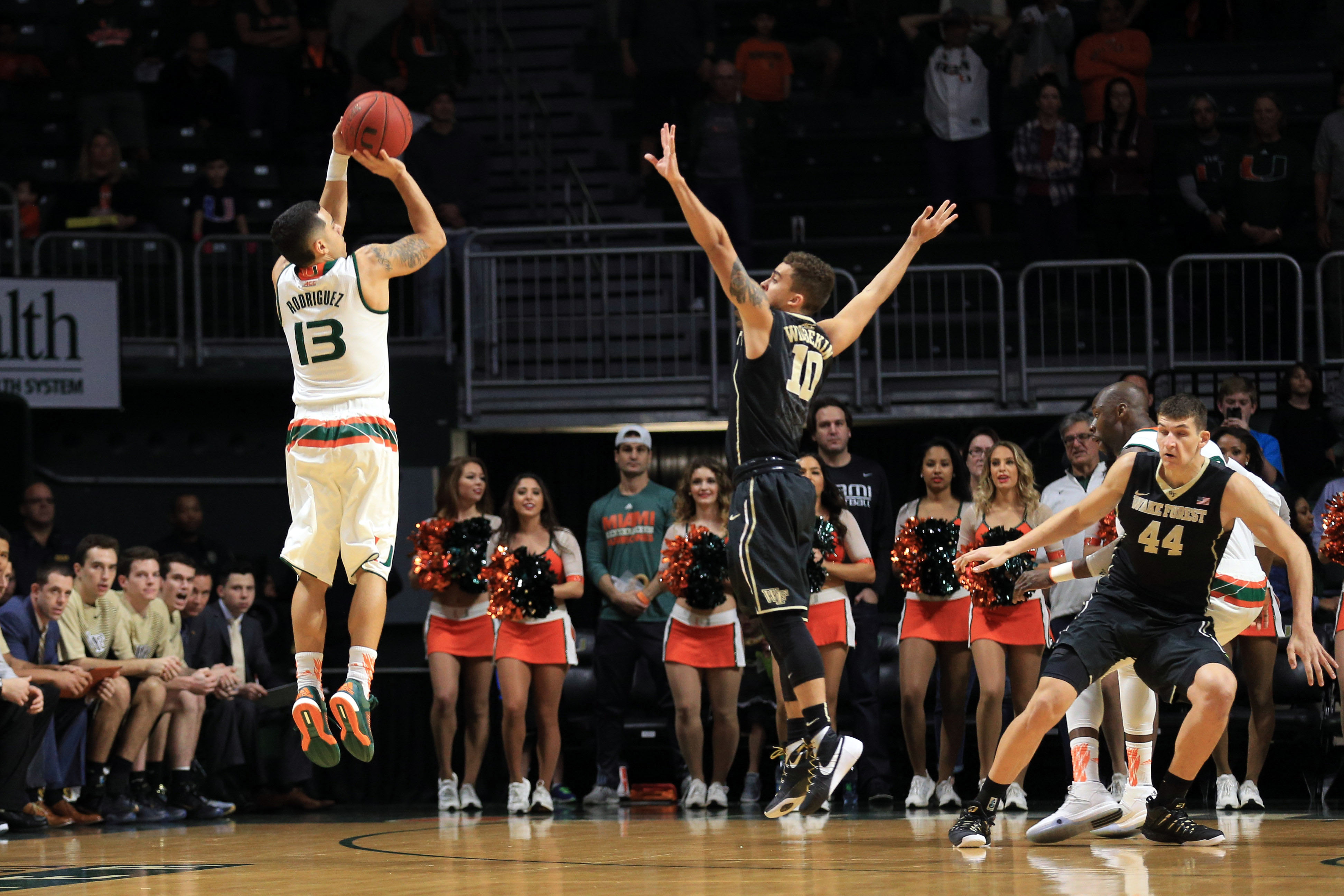 Maybe all Jim Larrañaga needed was a chance, after leading George Mason to multiple trips to the NCAA, including a Final Four appearance in 2006, Larrañaga took over for Frank Haith in Miami and has perhaps his best team of his tenure at this point. The Hurricanes are just a solid team on all sides of the court. They're the 22nd best offensive team in Adjusted Offense, and 17th best Adjusted Defensive team. They play in the hotly contested ACC, so wins aren't easy to come by, but they're projected to win 12 games in that league and only have two games left where they aren't favored to win. The Hurricanes are long, athletic and disciplined which makes them a fun team to watch. They're led in scoring by Sheldon McClellan who nets 16 points a game, and the rugged Tonye Jikiri grabs 10 rebounds a game, plus guards Angel Rodriquez and Ja'Quan Newton are exciting shot makers with a flair for the dramatic.

Your next chance to watch them: Saturday @ NC State 2pm ESPN3 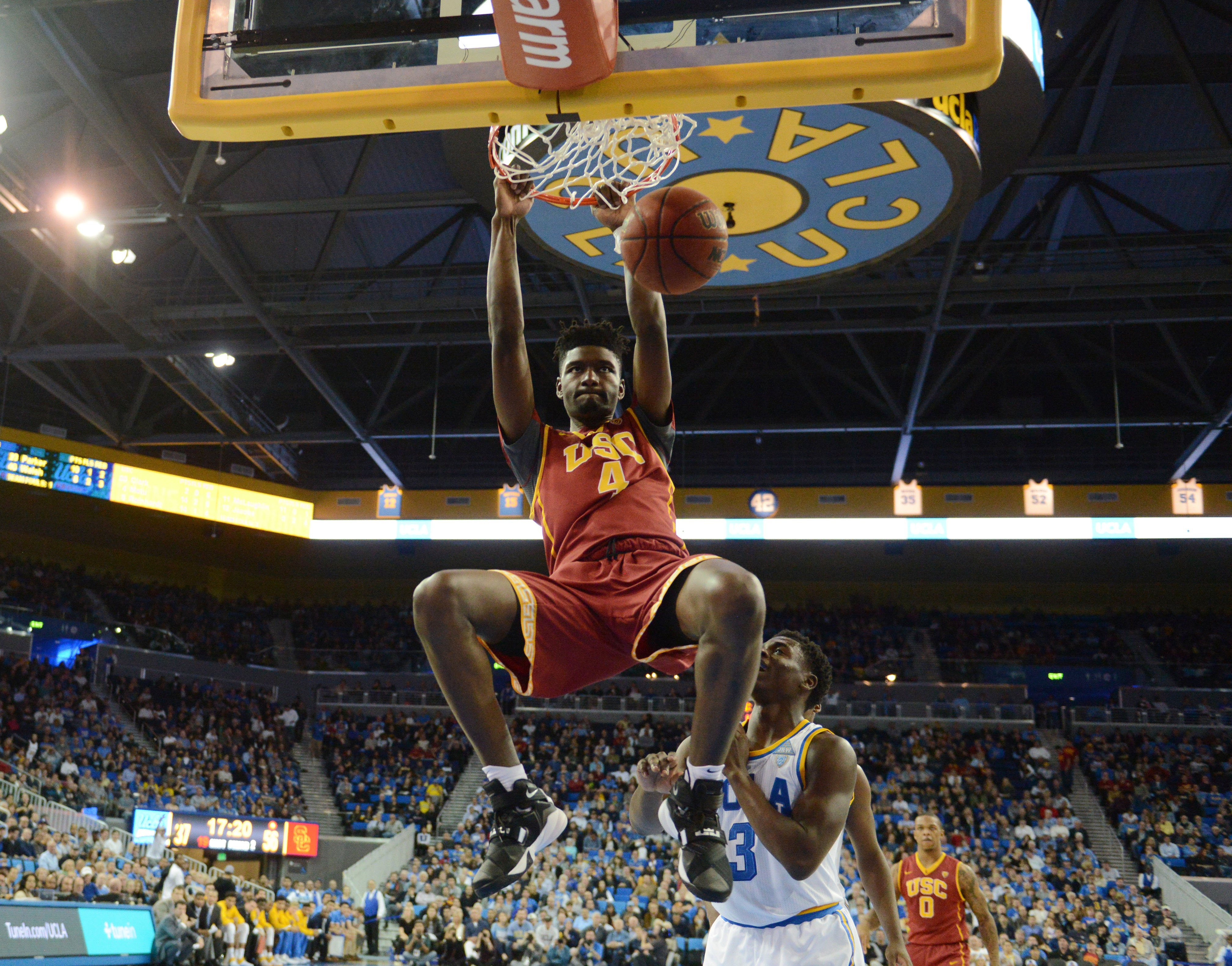 Andy Enfield made a name for himself as a coach in the NCAA tournament a few years when he took Florida Gulf Coast to the sweet 16. Most people didn't know that FGCU was a school much less a team that would beat Georgetown in the first round, and do so in fantastic fashion. Enfield has assembled a young and exciting group of youngsters that are playing with as much flair as Enfield's Gulf Coast Eagles did. They are led by five players who are averaging around 12 points, three of whom are juniors. If you like an uptempo attacking style, this is the team for you. Sure they play a little later in the day than you might be used to, but they make staying up worth it.

Your next chance to watch them: Thursday vs Washington St 9:30 CST, Pac12 Network

Power Conferences aren't your thing? That's ok, we've got you covered there as well!

Bryce Drew has now taken over Valparaiso as the head coach and has the Crusaders playing like an underdog no more. After a 28-6 campaign in 2015, Valpo is running roughshod over the Horizon league again and are expected to make another NCAA tournament appearance at the end of the year. The biggest mark for the Crusaders has been their attention to detail on the defensive end of the floor where they rank 1st overall in Adjusted Defense. Pretty good, Bryce, pretty good. They also only give up a 22.9% Offensive rebound rate, which is crazy. 6'9 junior Alec Peters leads the team in scoring and rebounding, and is supported by a solid group around him as he's the only player averaging more than 30 minutes a game, but they still go nine deep off the bench. Valpo plays in a good league and is in completely charge of the Horizon. That's no small task. So give the Crusaders a viewing.

Your next chance to watch them: Thursday vs Cleveland St 7:00 CST, ESPN3

By now everybody knows their bench, but what is overlooked is that Monmouth is actually a really good basketball team. They play fast (the 17th best Adjusted Tempo), shoot quickly (8th shortest possessions), and are led by the diminutive point guard Justin Robinson. Robinson stands at 5'8" tall, and averages 20 points a contest, 3.5 assists, 3.5 rebounds, and 2.5 steals. You can pay attention to the bench mob if you want, but the product that King Rice puts on the floor is fun and entertaining and have already beaten UCLA, Notre Dame, USC, and Georgetown. Ten players play 9 minutes or more so be prepared for substitutions and all kinds of up tempo fun.

Your next chance to watch them: Saturday vs Saint Peters 6:00 CST, ESPN3

These are just a few of the teams that I find myself seeking out on a regular basis. I'm a true hoops junkie, so I can watch  Mizzou and Mississippi State play and be fine. But for those with a weaker stomach, these teams will give you all you need when it comes to entertaining basketball.