With Missouri and Kansas scheduled to (sort of) renew their basketball rivalry in the name of charity this coming Sunday, let's dust a Jarrett Sutton classic. Any reason is a good reason to talk about Zaire Taylor, right?

Share All sharing options for: Remembering a Rivalry: 2009 Zaire Taylor takes down Kansas

Throughout the history of the Missouri/Kansas rivalry there have been games of all sorts. From top ranked teams vying for a national #1 spot to unexpected upsets, unforgettable names and legendary plays, Missouri-Kansas rarely disappointed. The constant was Norm Stewart through most of the years, as he battled Larry Brown and Roy Williams. Later, Mike Anderson and Frank Haith each had memorable moments against Bill Self's Jayhawks.

There are few moments in Missouri basketball history that will rank as high on fans lists than memorable wins against Kansas. Most can tell you where they were for those specific moments in time. Whether is was John Brown, Theo Franks, Lee Coward, Corey Tate, or today's hero, Zaire Taylor. It's been seven years since the Tigers played the Jayhawks in today's memory,

Being from Kansas City and growing up around KU fans that heckled me for years being a Mizzou fan, these games were personal. I got to witness two wins that were a snapshot of what were the two best seasons in my four years as a player. It was the game we circled, the game we knew would be pandemonium if we could keep it close, and a game that the fan base wanted more than anything. Sold out, loud, clutch performances, big play after big play. Zaire Taylor etched his name in the history of the rivalry, and program.

In 2009, not many respected or thought of Missouri basketball with high regard. The year prior the Tigers finished 16-16, and a 6-10 Big XII record good for a 10th place finish. With not many high hopes going into the season, Mike Anderson brought in 5 freshmen, 2 transfers, and yes the lone walk-on. Most preseason polls had pegged us to finish towards the bottom of the Big 12 Conference.

After a 20-4 start (7-2 in Big XII), winning 8 of 9 to crack the Top 25, and a down to the wire 4 point win at #16 Texas (yes with another game winner from big shot Zaire Taylor), it was Border War time. Our fan base was excited about our brand, knowing basketball was making noise for the first time in years. I specifically remember going to class that Monday morning to a professor finishing class with a "hope to see you guys at the game tonight, we’re going to kick their ass." I’ll keep that professor's name out of it.

Another random moment that stands out is the shoot-around with cameras plastered around the glass, knowing fully we were the game everyone around America would be watching. We were ranked 17th in AP and 19th in the coaches poll, Kansas was 16th in both and undefeated in conference play with an eight game winning streak entering that night. This was the first taste of what the Kansas game felt like for me as a freshman, and given the majority of our roster had never been in that kind of atmosphere before either, we were a little nervous.

It was a surreal feeling trying to run out of the tunnel, only to push the pile of media members out of the way to get to the floor. Going through lay-up lines, you looked up and saw nothing but yellow. I can’t remember if it was Gold Rush or not, but it was a sea of yellow and you couldn’t see where the student section ended. Everything meshed together from students, to alumni, to season ticket holders. It was a spectacular scene at 1 Champions Drive, but what followed would be a memory I will never forget.

What most won’t remember is we did not play well offensively, which was uncharacteristic to be honest with you. 16 first half points was all but pitiful, a season low that year in a half, during a year where we averaged 81.5 PPG. We shot poorly, trailed by 14 at the half, and were doubled up on the glass in the first half 30-15 (42-26 final).

We had lost 5 straight to Kansas going into that game, so we knew our senior leaders wanted this more than anyone else. At halftime, what came over me was a sense of calm, getting the emotions in check, and not playing on our heels as we did in the first half. We were an attacking team, and we had to dictate tempo. It’s what the Fastest 40 was designed to do. It was speed teams up, force turnovers, but also get oppositions tired when winning time presented itself late. We never took a play off, and made teams work. 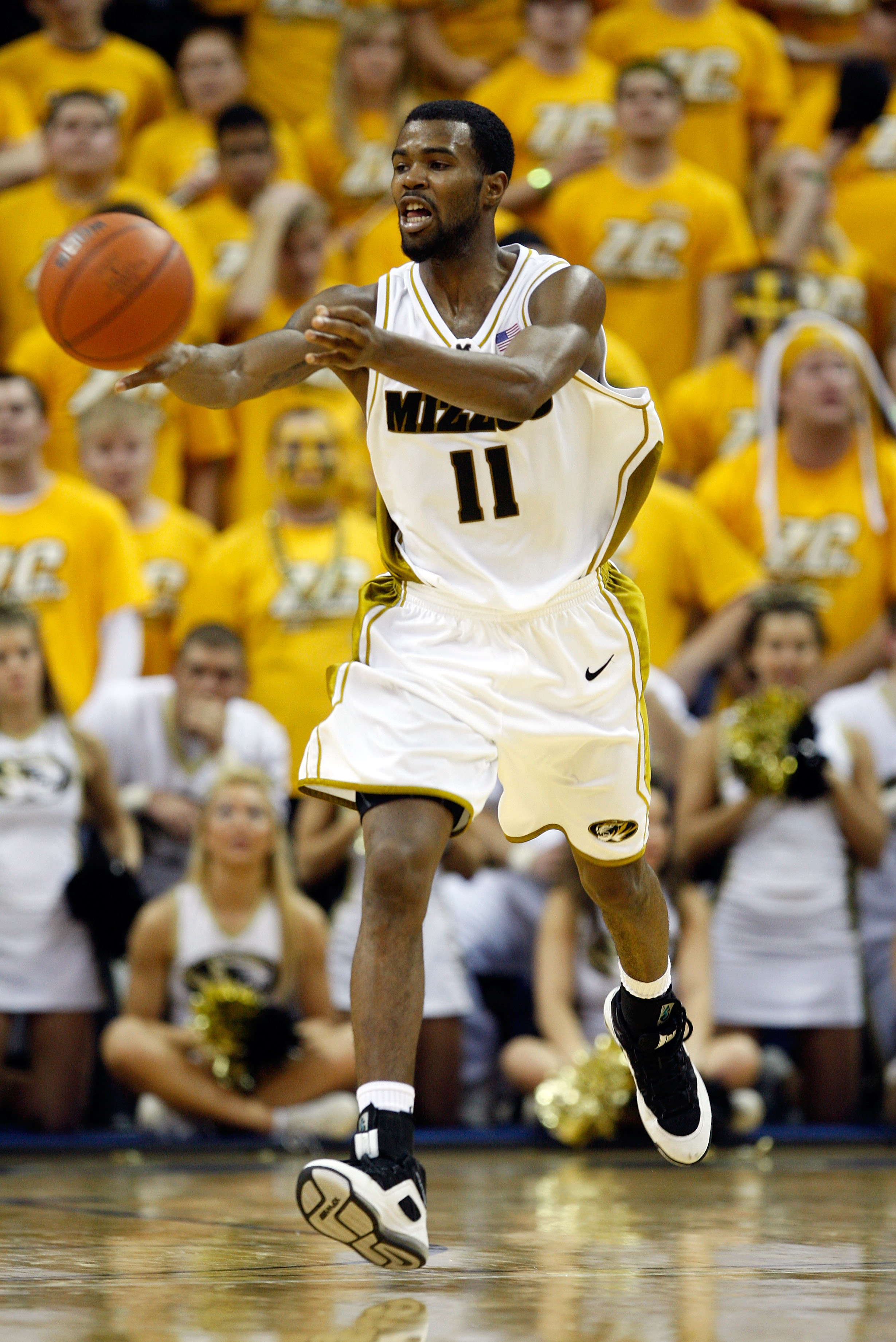 The last 6 minutes were where the game was won. Down 6, we were just 1-12 from behind the arc, but DeMarre Carroll hit a 3-pointer from the left wing that hit ever part of the rim, bounced around, and dropped to cut the lead to three. It was a quick shot in transition, we needed it to fall, and it gave us energy, and confidence.

After two Tyrel Reed free throws, we were down five with under five to play. We had two empty possession, and a hustle play that went to KU. Then Cole Aldrich converted two free throws and we were down seven with under four minutes to go. Matt Lawrence in his final home border war game got a huge offensive rebound stick back the very next possession, cutting it to 5 with 3 to play.

Something we worked on every day in practice was focusing on getting consecutive stops. This is when practice paid off as Sherron Collins had two crucial turnovers that led to a Leo Lyons no-look pass to DeMarre underneath to cut the lead back to 3 under 3.

Then came J.T. Tiller, Mr. Blue-Collar. After getting an over the back call on Cole Aldrich, J.T. knocked down 2 free throws to cut the deficit to 2. The very next possession, he forced a turnover in the back court where he dove 10 feet to get a loose ball but was called for a foul on Sherron Collins.

A moment that still stands out in my mind is Collins grabbing at his shorts, exhausted as he walked to the free throw line where he missed both attempts. He averaged 18 points a game, we held him to 9 that night. **Clank**  **Clank**

The clock now reads 1:30, and Leo Lyons had a baseline drive and was fouled by Cole Aldrich which led to two huge free throws to tie the game at 58, the first tie since it was 2-2 to start the game. We had fought our way back, and the 2-3 zone defense was outstanding. J.T. Tiller, an unsung hero all season, and the toughest defender we had, dove on the floor again with .59 seconds left to secure yet another jump ball that gave us possession (also the 27th Kansas turnover). It was fitting the next possession when J.T. made a quick back cut from the right wing to knock down a 17-foot jump shot with 48 seconds to go to give us our first lead at 60-58. Mizzou Arena was a mad house and Kansas needed a timeout but the building was so loud that the officials must’ve blew the whistle 10 times before we actually stopped play. No one could hear it.

Out of the timeout, Mario Little knocked down a huge short corner jump shot over Leo Lyons to tie the game with 23.5 to go. Coach Anderson called a timeout of his own, where he talked about spacing the floor, and getting an attack going at the rim.

Kansas played a man-to-man defense that tried to crowd the lane. J.T. attacked the middle of the floor from the left wing, hit Zaire in rhythm who had one of the most beautiful shot fakes to get separation from Reed, he stepped in to sink a 10-foot jumper from right outside the paint, with help from a friendly bounce.

Kansas was out of timeouts, so they heaved the ball down the court to Aldrich whose desperation shot banged off the backboard at the buzzer. I saw the red light around the backboard and the entire bench took off in a sprint right for J.T. What followed was a court storm for the ages, and a victory firmly planted as one of the greatest in our history. I remember Zaire saying in his postgame comments that he never realized how serious the rivalry was until that night, I don’t think any of us did. Including myself.