Share All sharing options for: Anthony Sherrils found a starting role in the spring and has refused to relinquish it

The Beef: Lots of pressure on Sherrils this year, as he entered the fall as the #1 at the SS spot. He did so by passing Browning on the depth chart, so I imagine a number of eyes might be on that matchup as the season presses on, especially if he is just on there due to injury. One of the better battles coming up.

Bill C.: The Beef wrote that a couple of weeks ago as we geared up to put out the Walkthrough series. It might be a testament to Sherrils that this hasn't really become a battle at all. Of all the position battles people have been noting, Sherrils vs. Browning hasn't really been one of them. And since we saw Browning playing pretty well in November, when Braylon Webb (first half) and Aarion Penton were both suspended against A&M, that's exciting.

Two years ago, Sherrils was simply a really fast guy. Nobody really knew if he was going to end up at corner or safety, or maybe even receiver. And then he had to deal with the effects of a traumatic car accident. One year ago, he was a special teams dynamo, one of the most noticeable players on the coverage unit.

And this year, Sherrils is evidently the starting strong safety. He's skinny for the position, but he's smart and has the speed to make up for mistakes. And while we wait to see how Barry Odom employs his safeties and how Sherrils performs on Saturdays, we've got some fascinating stories to read, stories that make him incredibly easy to root for.

Even at a young age, football was a safe haven for Anthony — an outlet from the toxic mix of gangs, drugs and violence that swirled around the Charlie Parker Square housing projects where he grew up.

After his father died, football also became important to Sherrils as a way to stay connected with his dad.

"All of it is for his father," said Debora Smith, who had been dating Montel Sherrils for eight years when he was killed and has helped look after Anthony since he was 3. "Whenever Anthony goes out on that field, he says a prayer to his daddy. That’s the first thing he does and he tells his daddy, this one’s for him. Everything that Anthony does he has dedicated to his father. It has pushed him."

A car wreck in June 2013 nearly took football — and that connection with his father — away.

The Tigers offered Sherrils in February of his junior year, and he accepted four days later. Harris was primarily a basketball player in high school and didn’t even have a profile page on the online recruiting services when he signed with Missouri a year later.

Both enter their sophomore seasons with legitimate chances of starting on Missouri’s defense. Their relationship has only grown since the time Sherrils unsuccessfully tried to check Harris.

"We’re both from the same city, both on the same mission, and that’s just to stay focused, go out here and perform," Harris said. "Put Mizzou on the map and put our city on our backs." 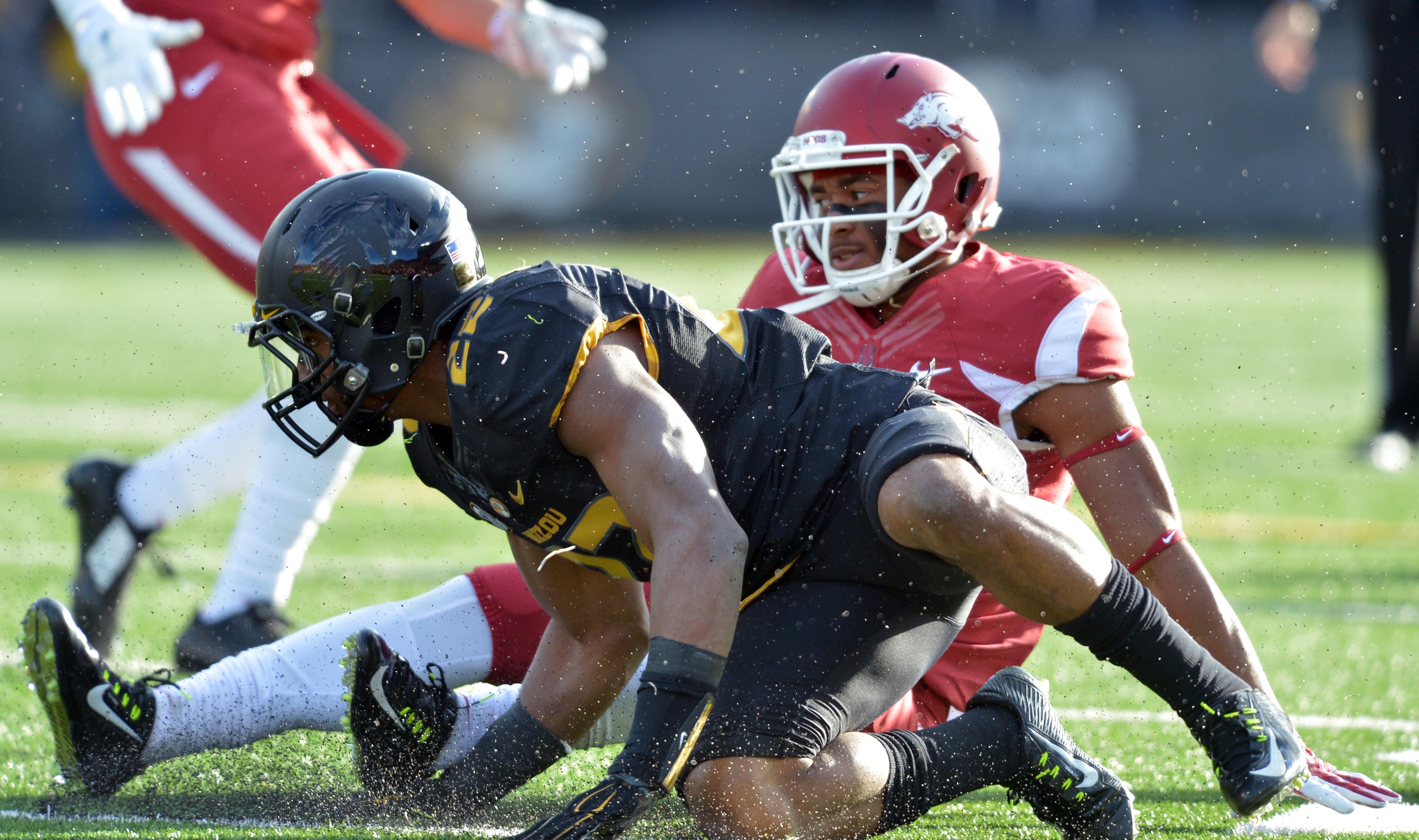