Those are pretty big concerns, though.

Share All sharing options for: Only the offensive line and backup RBs were concerns in Mizzou's easy win over SEMO

1. Good grades for ... almost everybody

Quarterbacks were fine yesterday. Receivers had a couple of drops but were mostly fine considering the youth. Defensive line was good. Lienbackers were amazing (one in particular). Defensive backs were fine (SEMO's star receiver Paul McRoberts had six targets, four catches, and 40 yards). Special teams was fine (and Corey Fatony was awesome). The freshmen were mostly fantastic. Mizzou's overall GPA yesterday was perfectly acceptable ... but the offensive line gets a big fat C-. And that's obviously kind of scary.

Now, obviously this comes with caveats. Russell Hansbrough had two carries for 23 yards before spraining his ankle and sitting out the final 3.5 quarters. Evan Boehm got hurt in the first quarter, limped around out there until halftime, then spent the second half in a walking boot. You lose probably your two best offensive players, and, go figure, your offense will probably have some issues.

Still, this hints at a concern that was growing in August already. The offensive line looked less than amazing in fall camp, which brought back memories of last year's early-season performance. The line eventually became a sturdy strength, but September was dicey. It's only a sample size of one, but so far, so dicey again this year.

It's a chicken vs. egg thing when it comes to running and run blocking. Ish Witter had almost nothing to work with and created almost nothing; with the lack of push the line was getting, it's conceivable that a healthy Hansbrough would have produced no better than Witter, but Witter doesn't really get the benefit of the doubt. He had about three good rushes last year, and while that was enough to make me pretty confident in him, he still bears the burden of proof. In two carries, Hansbrough gained only 10 fewer yards than Witter did in 13.

This definitely isn't an all-is-lost situation, more of a cautionary tale. Hansbrough said he'll be ready for next week, but it's not really his say. If he or Boehm are to miss more than a couple of weeks, then all eyes will be on Witter, Alec Abeln (who moved from guard to center in Boehm's absence), and the right side of the line, which, to my sun-baked eyes, suffered more than the left side.

"Wow, that was some fast pursuit from the backside. Oh, it was Kentrell."

"WOW! Someone blocked a quick kick! I'm not sure I've ever seen that bef--oh, it was Kentrell."

"Wow, someone's shaking hands with every single member of the event staff after the game. Oh, it's Kentrell."

I'm not sure even Sean Weatherspoon had as perfect a performance as Kentrell Brothers did yesterday. Eight solo tackles, eight asissts, 1.5 tackles for loss, a blocked quick kick ... Brothers was everywhere. He and Mike Scherer joked in fall camp about their not-so-friendly tackles competition; Scherer was a little banged up, apparently, but Brothers was stealing his tackles regardless. He carried a pretty large chip on his shoulder in the summer and into fall camp, and if this is the result, someone needs to keep making sure he's nice and angry.

Kentrell Brothers blocks the punt and Aarion Penton recovers it and takes it for a touch down! pic.twitter.com/d8Udd4DBfD

Is he Neo from the Matrix now? https://t.co/C1hlmDY2YX 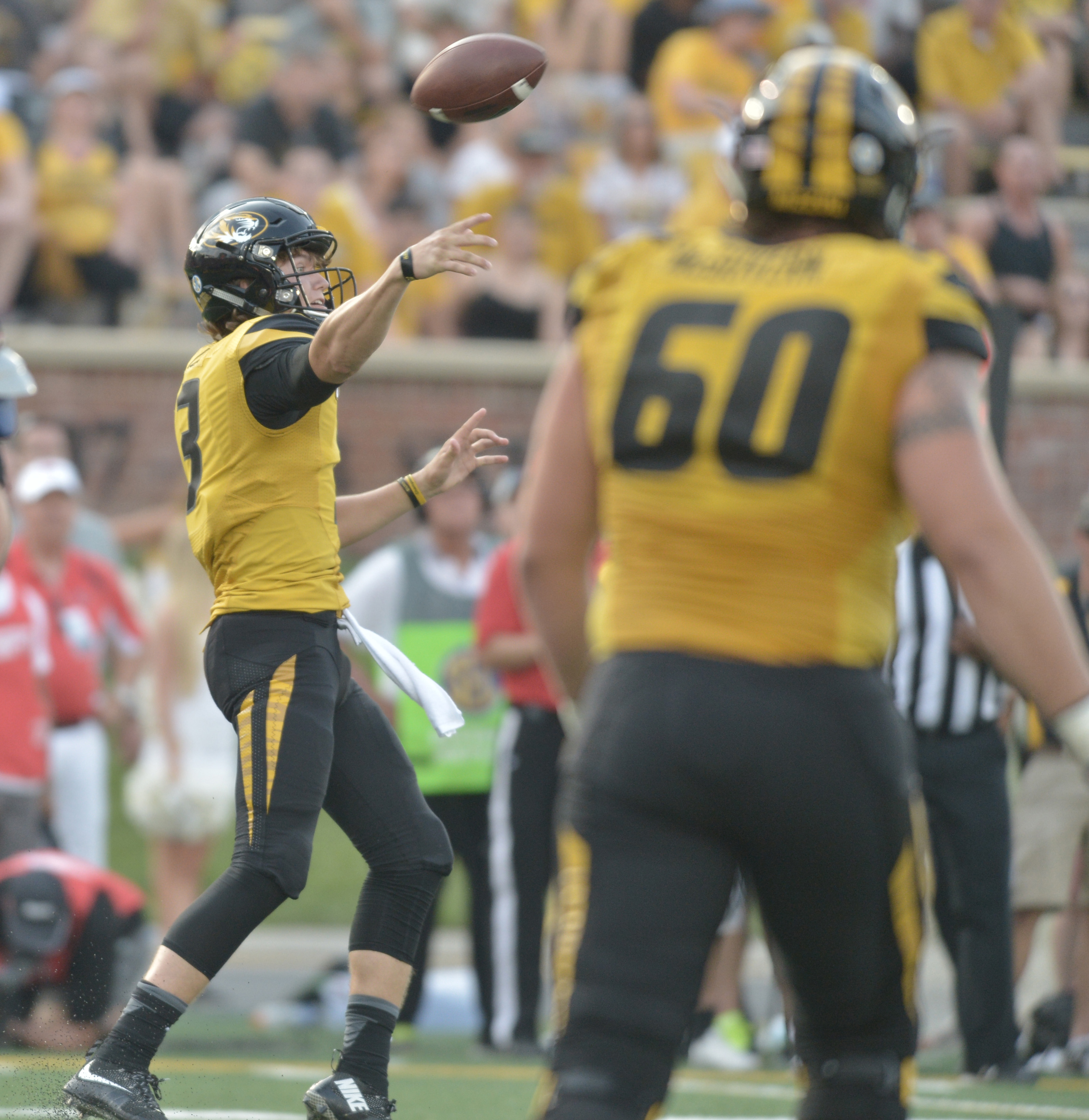 Drew Lock attempted 11 passes (including sacks) and gained 133 yards. Corey Fatony averaged 46 yards per punt and 64 yards per kickoff (with three touchbacks). Keyon Dilosa, DeSean Blair, Emanuel Hall, and Thomas Richard had six catches for 59 yards. Terry Beckner Jr. was invisible early and quite visible late. Nate Howard wreaked havoc in the fourth quarter (1.5 tackles for loss and a left tackle who probably had to question his love of football after the game). Brandon Lee almost picked a pass off. Walter Brady blazed into the backfield a couple of times. Terez Hall, Grant Jones, Josh Moore, and Tavon Ross spent some time around the ball.

Mizzou's upside in 2015 was going to be determined in part by how quickly some true and redshirt freshmen were able to make an impact. Without freshman contributors, the last two years of attrition were probably going to catch up to the Tigers.

It's just one game, and it was against an FCS opponent, but the freshmen very much passed their first audition. Fatony was awesome, and Howard stood out the moment he saw the field (and not only because of his Clarence Green-esque locks). And yes, Drew Lock just keeps tantalizing. We got a decent look at Mizzou's future yesterday, and it was exciting ... exciting enough to help the present tense as well.

Here are some random tidbits I felt like mentioning: