University of Missouri Head Football Coach Barry Odom has added Glen Elarbee to his new coaching staff, as announced today. Elarbee will serve as Mizzou's offensive line coach, a position he has coached successfully for the past six seasons at several programs, including the last two while also serving as co-offensive coordinator at Arkansas State. In 2015 the Red Wolves went a perfect 8-0 in Sun Belt Conference play to win the league championship and earn a bid to the New Orleans Bowl, thanks largely to an offensive line which paved the way as ASU ranked 12th nationally in scoring offense (40.0 avg.) and 15th in the nation in rushing (231.3 ypg). [...]

"I've had a chance to coach against Glen in three of the last four seasons, and after every game we played I came away with a lot of respect for how his group played," said Odom. "He's been around a lot of very successful offenses that from my first-hand experience play with great toughness and attention to detail. Glen also has strong recruiting relationships in areas that are important to us – he grew up in Georgia and has recruited there and in the southeast region heavily, as well as in Texas, and that will bring value to our staff. I know Glen is excited to get going here, and we're excited to have him," he said.

Odom faced off against Elarbee this past season when Mizzou won at Arkansas State. The two also matched wits in 2012 and 2013 when Odom was at Memphis, and while Elarbee was at Middle Tennessee (2012) and Houston (2013).

"I'm really grateful for this opportunity," said Elarbee. "I've seen Mizzou firsthand several times at various stops and have always been impressed with the support they have and the environment their fans create. Obviously, I had a chance to go up against Coach Odom several times recently, and I have the utmost respect for what he's done defensively. I thought each time he was always one of the biggest challenges we faced schematically. Personally, I've gotten to know him on the road recruiting and am really impressed with the kind of person he is. Having a chance to work with a guy like him is a no brainer, and I'm excited to get up there and get to work with this staff," he said.

Not head-turning stuff, but ASU's line was quite young in 2014 and improved significantly in his second year in Jonesboro. The sack rates were good in the one year when the offense wasn't led by a freshman (Houston 2013) or a run-first, mobile guy (ASU 2014-15), and the run blocking was average or above average in three of four years. Considering the level of talent, that is a solid performance.

One other potential factor: he was known as a strong recruiter for ASU.

I’m told Glenn Elarbee’s recruiting strength is in Dallas and Houston. #Mizzou clearly putting an emphasis on getting back into Texas.

Obviously Elarbee's hire is of particular interest to Missouri fans. The offensive line was both a) loaded with seniors and b) completely ineffective in 2015, and Elarbee's first Mizzou line will be quite young, as was ASU's in 2014. The level of talent will be higher, from a recruiting perspective, but he's got his work cut out for him.

With apparently one more hire to go, Odom has put compiled a staff with younger guys, older guys, guys with big-school, and guys with smaller-school experience. Now we just have to wait and see if the staff is actually any good. 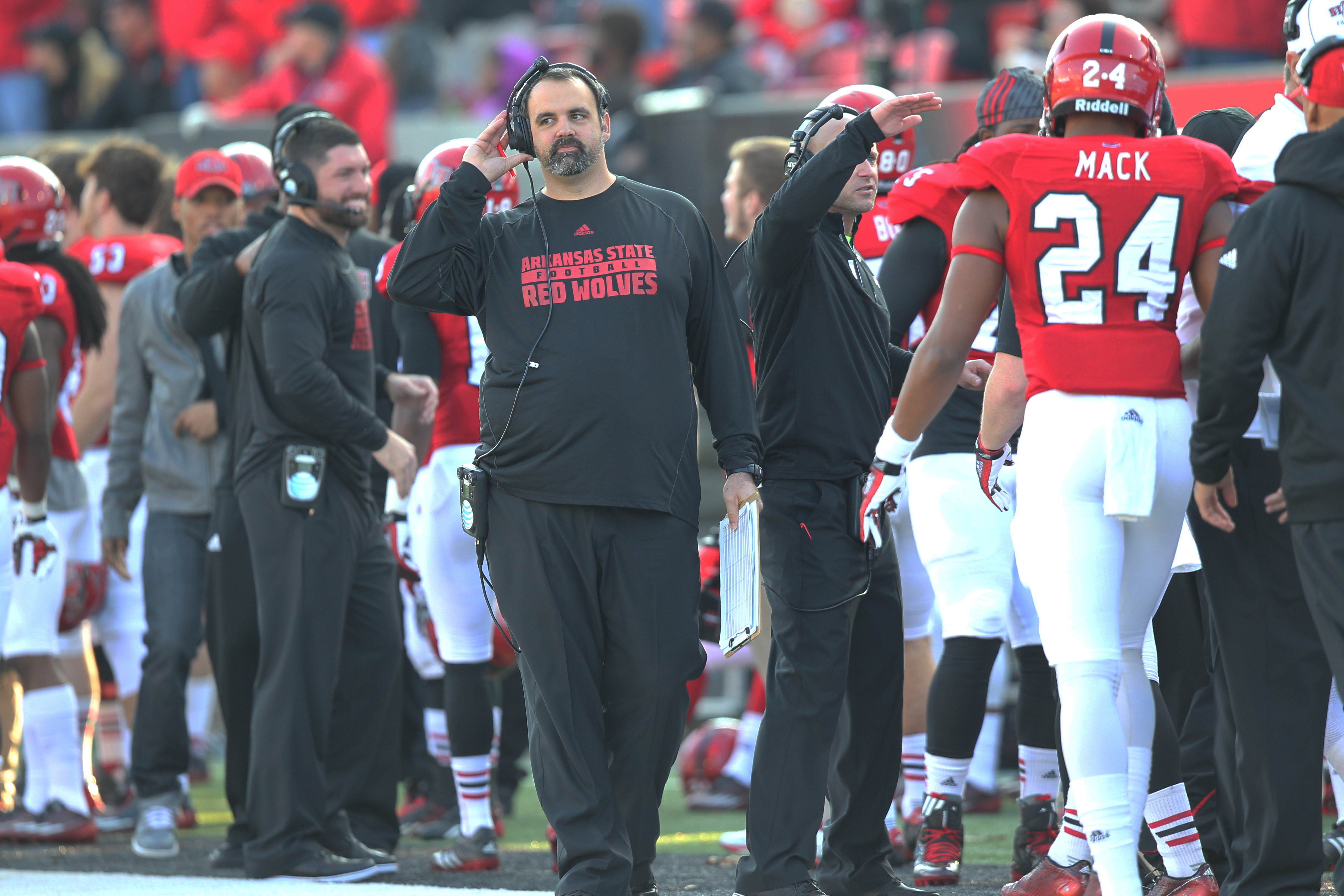 Also, this nugget from @TroySchulteADG: Elarbee's the dude who came up with the sideline playcall placard idea- https://t.co/8Z20N6wKtd.

It all started in Stillwater, Oklahoma, in 2008. Glen Elarbee, a 28-year-old graduate student at Oklahoma State at the time, answered coach Mike Gundy's request to find a way to speed up messaging between offensive coaches and players.

"It's one of those things where you see them, and it's a cool story at parties," said Elarbee, now co-offensive coordinator at Arkansas State. "I was part of that. I haven't done too many things in my life that are really that cool. It's kind of neat."

"I made it on Power Point," he said. "It was this huge card with four squares in it. It was way too big. It was basically a debacle."

UPDATE #2: Elarbee turned down the OL job at Maryland a few weeks ago. In demand!