Josh Heupel's 2016 Missouri offense will have interesting options and pure quantity at nearly every position and almost no proven quantities whatsoever. ¯\_(ツ)_/¯

Share All sharing options for: Quantity will trump known quality for Missouri's 2016 offense

Because of position changes and whatnot, looking at a potential defensive depth chart requires a little bit more creativity than looking at the offensive counterpart. But it is perhaps still a useful exercise to project next year's three-deep on O, just to get a feel for the biggest spring battles and the biggest challenges for offensive coordinator Josh Heupel. We're still awaiting two more assistant hires -- an offensive line coach, then another as-yet-undefined role (tight ends, special teams, some combination) -- but while we wait, let's walk through the offense, for better or worse.

Thinking about the quarterback position is awfully strange right now, isn't it? Maty Mauk has been reinstated, but it doesn't seem like many think he will be in Columbia by next August, either because he'll eventually get dismissed or because he will transfer. After what we've experienced with Mauk over the last few months, it's certainly easy to make that assumption, and I find myself doing exactly that. But if he stays and has his head on straight, then he might be a more advanced option than Drew Lock in 2016.

Beyond that, there are more questions. Eddie Printz is scheduled to graduate in May -- will he utilize his graduate transfer options and leave town? Will Marvin Zanders stick around to perhaps carve out a role despite being in the same eligibility class as Lock? Does Lock take a nice step forward under Heupel's guidance and pass even a good, steady Mauk? Rumor has it that Missouri might be willing to take two quarterbacks in this February's signing class. If nothing else, that tells you that the coaches are asking plenty of questions themselves. 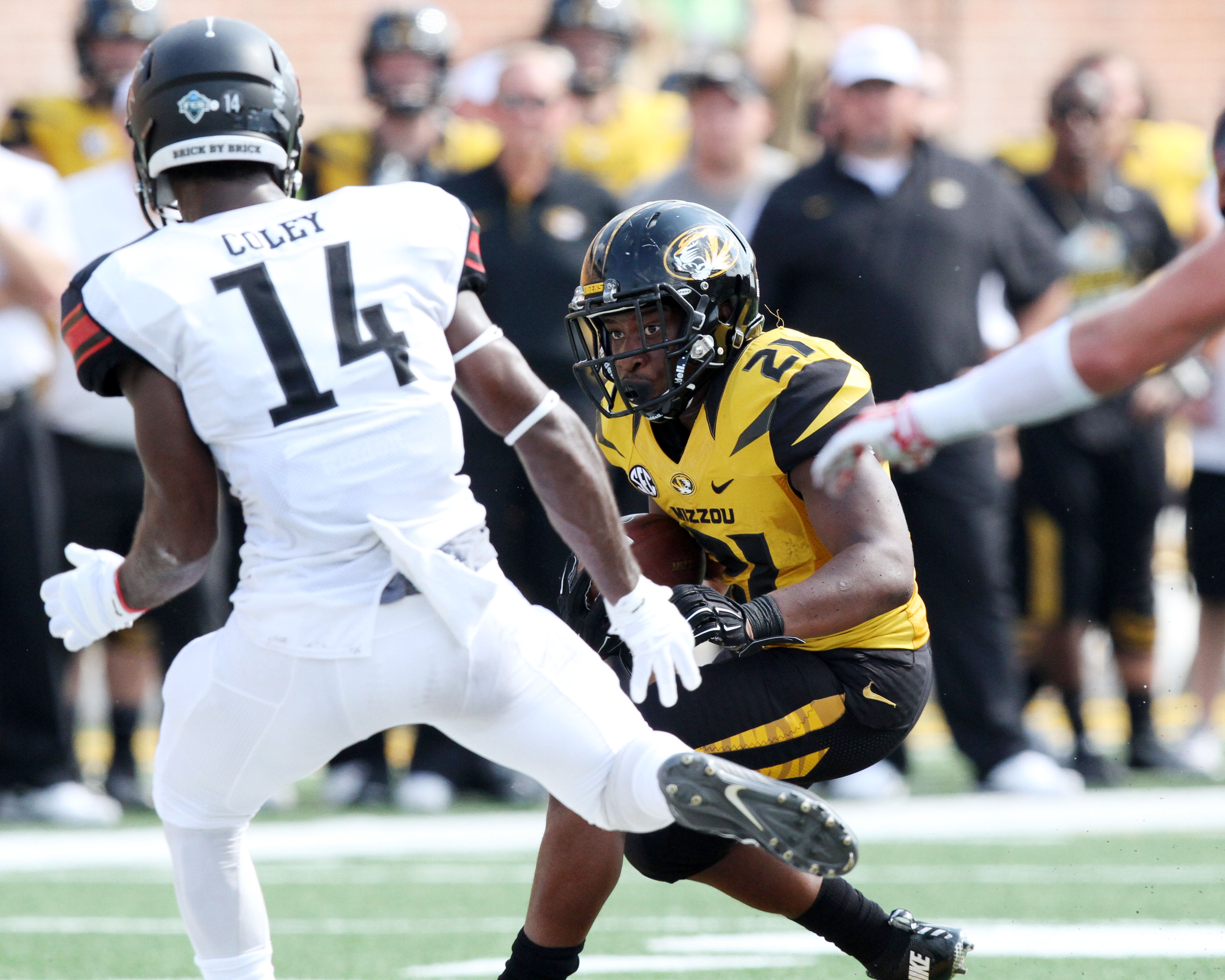 What does Josh Heupel mean for Drew Lock?

A fresh start in the run game

The run game is obviously important, and it has to improve dramatically over what it was last year. So what is Heupel inheriting?

What does Josh Heupel mean for Drew Lock? A fresh start in the run game

Considering how unproductive the running back position was last fall, I find myself pretty optimistic about it nonetheless. I thought Witter made some nice progress late in the year, and I think his pass-catching ability will be of great use to Heupel. Beyond that, there's a variety of weapons, sizes, and skill sets from which to choose. Abbington might be ready to take a nice step forward. Walters was considered by many to be better than Witter before he was lost for the season to a knee injury. Marquise Doherty looked quite polished in fall camp, and word was that Ryan Williams had surpassed Doherty, however briefly, in the fall. And even with the decommitment of Darius Anderson, four-star Nate Strong is still expected to sign. Quantity improves the odds of quality, and Mizzou has high quantity.

What Mizzou doesn't have is an obvious H-back candidate. Heupel has utilized the position through the years, but aside from moving a tight end into the backfield when need arises (something Josh Henson did plenty of times), the options are limited. At a lanky 215, Abbington is the biggest running back, and all of the tight ends are a little too tall to fit the natural H-back prototype (which I'm envisioning as about 6'2 or 6'3, 230 to 240). Still, there are three pretty interesting tight ends on the roster, and the receivers are mostly big. So there's that. 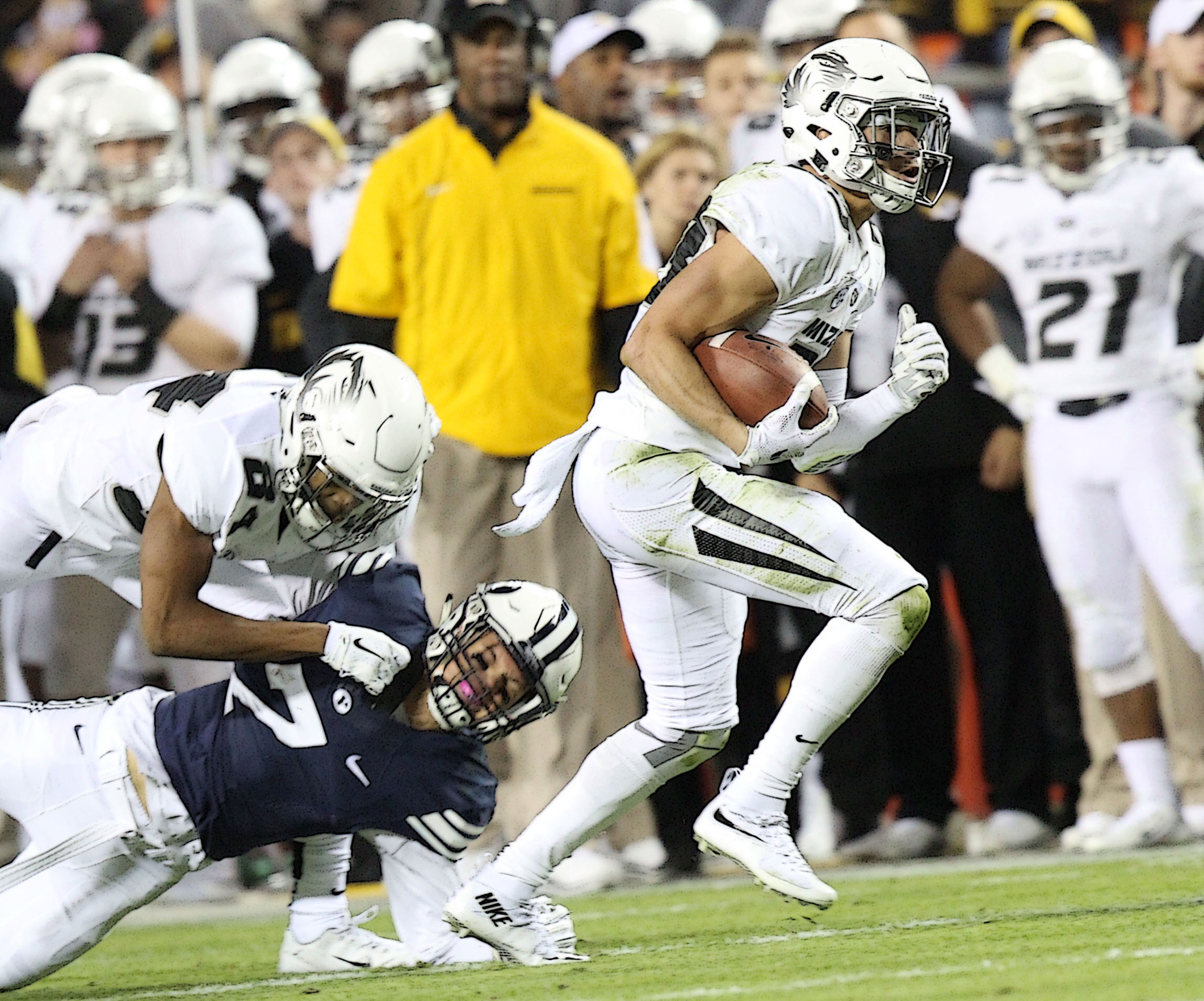 As with the running backs, I find myself excited to follow some of the depth chart battles at receiver. Nate Brown and J'Mon Moore are the obvious veteran leaders in this unit, but they didn't exactly distance themselves from the pack with their 2015 play. Meanwhile, Emanuel Hall and Cam Hilton (if he doesn't move back to safety) showed flashes, Ray Wingo is fast, and DeSean Blair, Johnathan Johnson, and Justin Smith were among the stars of fall camp. Blair was slowed first by drops, then by a concussion suffered in a car accident. Johnson suffered an injury in August and redshirted. And the staff evidently felt Smith needed a little bit of polish before he was completely ready.

A year later, any of those three could be ready to challenge for a starting spot. So might Hilton, Dilosa, and Hall. Mizzou has added a layer of experience to this reasonably high-ceiling unit. We'll see how much improvement it can make under new tutelage. 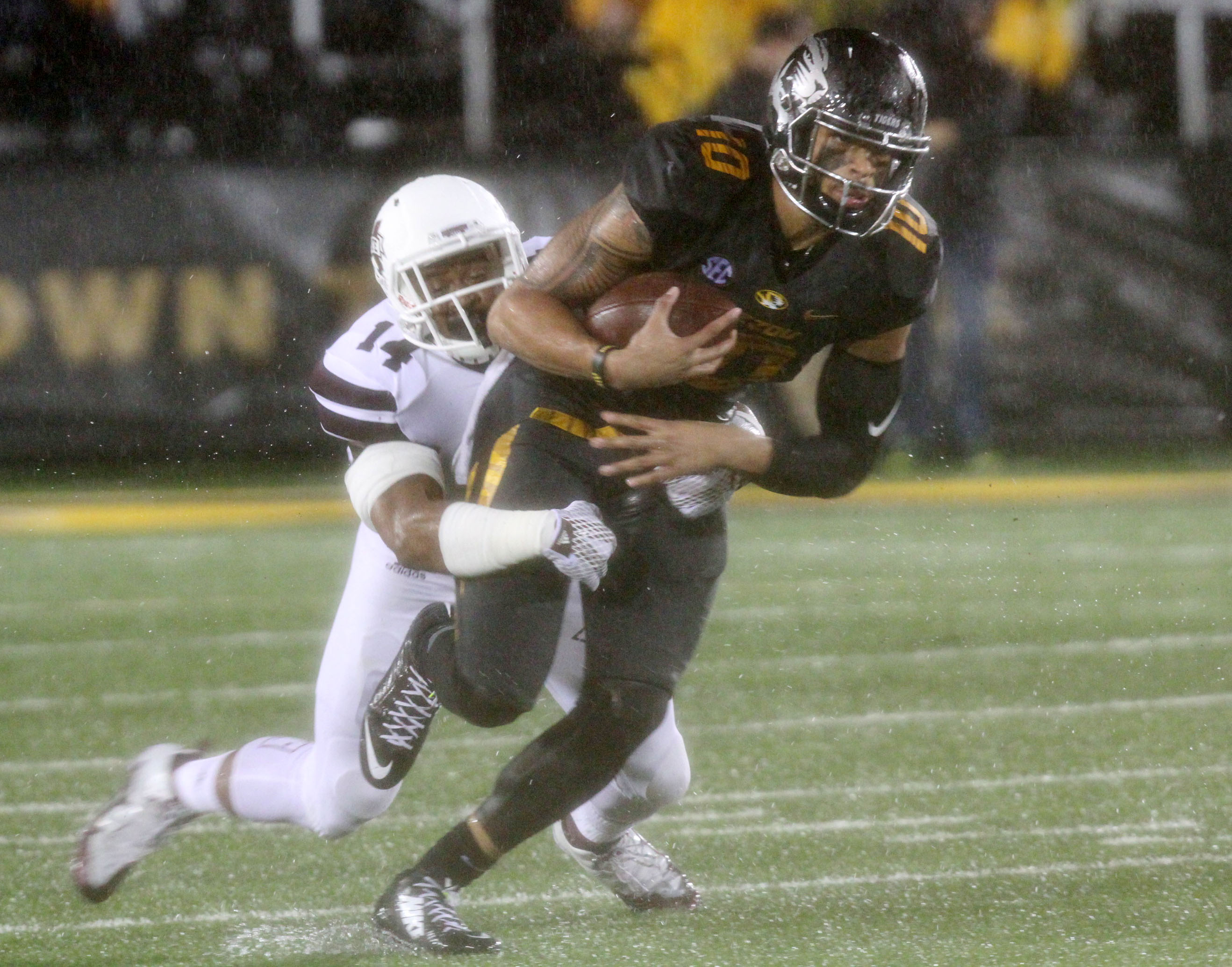 You'd like more than three tight ends on the roster considering that those at the position might also be serving as H-backs. Granted, a fourth tight end (Albert Okwuegbunam) is still committed and expected to sign in February, but he'll need to put on some weight before he can play too much of a fall role. Injuries could derail progress here, but in theory, if Reese, Culkin, and Blanton (who, like Smith, evidently needed a little more polish before seeing much of the field in 2015) can stay healthy and engage in typical year-to-year improvement, this unit is a potential strength.

I gave up on Jason Reese about nine times last fall. His ability to oscillate between making nice plays and dropping easy passes was maddening. But the staff obviously liked him, and it wasn't hard to see why. His ceiling appears higher than Culkin's, just as his floor is lower. Again, we'll see if he's able to break through with a new set of coaches.

You like competition? Well this offensive line is for you! Only two players return with any starting experience (Crawford and Abeln), and neither lit the world aflame last year. Crawford battled injuries, and Abeln was demoted on a couple of occasions before finishing the season back in the rotation.

Crawford has seen time at both tackle and guard, and Abeln has played guard and center, so it's hard to know for sure where either will end up. I assume Abeln gets the first crack at the center job, but we'll see. Meanwhile, guys like Paul Adams, Mike Faircihld, and Malik Cuellar could also end up either inside or outside.

There's an obvious experience issue here, but that can be overcome with a combination of good coaching and raw talent. The biggest question mark for this unit in 2016 might simply be one of size. The younger players are probably already about 20 pounds heavier than their 2015 weight listings (or at least, they will be when spring ball rolls around). But of this group, only Pendleton and Bauer (who, last we heard, was still dealing with lingering injury issues) were both on the roster and listed above 300 pounds last fall. Re-signing Powell is a nice step for general size, but you'd like to see guys like Adams, Fairchild, Crawford, Rhodes, and Harris all starting spring in the 295-310 range). And the athletic Bailey and Owen probably need to be at least around 285 to be effective.

I look at this line with equal parts dread and fascination. This is the perfect time for a new offensive line coach to come in (and maybe a new strength coach, too?), and the new guy will have options, especially if Missouri is able to hold onto current commits Trystan Castillo, Royce Newman, and Trevour Simms (who is at least sort of committed).

It's all about quantity for Missouri in 2016. Aside from Nate Brown, J'Mon Moore, Nate Crawford, and maybe Ish Witter, there aren't any surefire starters in the bunch, but Mizzou has 2-3 interesting options at QB, 3-6 at running back, about 10 at receiver, three at tight end, and about 12-14 at offensive line. If Heupel and his staff are able to hone in on a certain selection of guys, and they gel pretty quickly, it's not out of the question that Mizzou could improve relatively significantly on offense next fall (and yes, "significant" improvement just means being mediocre). But with so few guaranteed difference-makers, that's far from certain.