Mizzou continues at the NCAA Track & Field regionals in Austin today, a rebound from Taylor Gadbois could be vital to Mizzou Softball's success in 2016, and ... of all the things to combat, Big 12, you choose home-field replays?

[in best Don Pardo voice] And now, a message from Coach Gary Pinkel...

How's it going at the Track & Field regionals?

MUTIGERS.COM: Peoples is First to Qualify for NCAA Championships

11.49w and 4th for Jackson in heat 3, we'll have to wait to see if she qualifies on to tomorrow #ncaatf #tigertough pic.twitter.com/TxUqb9rRVS

Checking out @MIZ_TrackField while at #SEC spring meetings. Follow them to learn who will be at the #NCAATF finals.

Absolutely tremendous job done this season by The Trib's Blake Toppmeyer, by the way. This piece is no exception.

The Trib: Ten storylines that could define MU's 2016 softball season

6. Will Taylor Gadbois regain her All-American form from 2014?

However, because of Gadbois’ reliance on the tap-slap, infield defenses played on top of her this season, even more so than last year. Third basemen would stand about 30 feet from Gadbois. It put a higher premium on Gadbois placing the ball into just the right spot.

Midway through the season, Gadbois said she had been trying to hard-slap the ball through the infield to combat the defensive positioning. That led to a lot of popups and strikeouts, and she reverted to focusing on her tap approach.

I think a key tool for Gadbois would be for her to become a more effective bunter, giving her a second tool at her disposal. Gadbois does bunt occasionally, but given her speed, I think she could learn to utilize it more. If she could get drag bunts up the first-base line, she’d be difficult to throw out. MU’s No. 2 hitter, Emily Crane, is a master bunter. Maybe Gadbois can pick into Crane’s knowledge.

Because so many other players emerged in 2015, Gadbois' regression wasn't as big a deal as it could have been. But with Kelsea Roth gone, and with Corrin Genovese's departure leading to potential defensive regression, Mizzou's going to need Gadbois to pick up slack next year.

Part of the Big 12's new sportsmanship policy: Schools can be subject to penalty if they show controversial replays too much in a venue.

SB Nation: The Big 12 might have found the dumbest rule possible 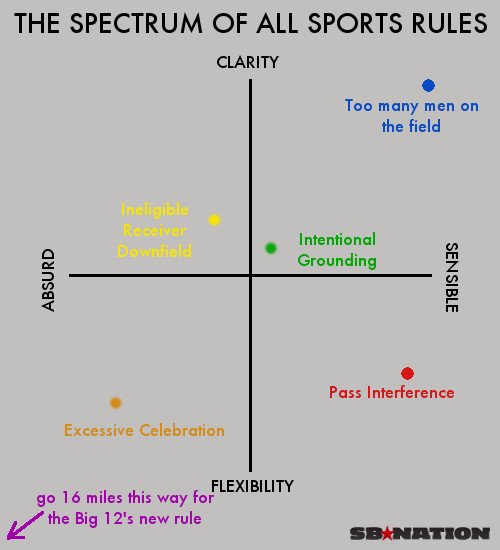