Yell at me, Andy Hill!

And I love that Emanuel Hall's "big brother" ... is a redshirt freshman.

Some pretty cool insight from Henson

"You have to start somewhere," Henson said. "You have to have a base of who you are (as an OC) and who you're trying to be. But, in the journey to get to that point, you've got to have flexibility. You've got to say, 'Boy, we're not really good at this. Let's do more of this.

It's a viewpoint that looks at the entire picture, and doesn't just wear blinders containing Henson's vision to one side of the ball. Henson knew that Missouri's defense was the team's strong suit last year: "We could maybe get a little conservative for a couple of games, get our feet back underneath us.

"We did that against Vanderbilt and Kentucky, and then, really, you look at those last five games of the regular season, we averaged 425 yards. We had 423 yards on a good Arkansas defense that held Texas to 56 yards a few weeks after they played us."

(Spoiler alert: I'm going to be posting some outtakes soon from my conversation with Gary Pinkel, which resulted in the Thursday portion of this piece. And in it, he talked about the same post-Georgia "Let's change" conversation.)

"We'll watch the first game and see where we're at," Henson said. "But I think there's some things that we're doing that are new and different that will give us some good wrinkles as far as our quarterbacks being efficient and really helping our run game."

It's always a give-and-take when it comes to what's working for an offense.

And on the defensive side...

The first-team defense has given up 326 yards and two touchdowns on 22-of-41 passing, most of it against the second-team offense.

It’s not exactly cause for panic but maybe a bit of concern.

"There’s corrections technically, there’s corrections schematically and things we will continue to address and work on," Odom said. "Defensive football is about playing with great emotion, not giving up big plays and getting the ball back for your offense. Those are the things we talk about every day. It’s our responsibility to limit those and find out a way to stop it."

Odom likes the progress he’s seen from his group despite the gaudy offensive scrimmage statistics. He believes the defense is past the getting-to-know-you phase with the new coordinator.

The defense has enjoyed a relatively injury-free camp among players on the two-deep depth chart.

"When you have success, you realize you’re a good football player," Scherer said. "Sometimes, when you come in here, you’re coming from high school, where you’re the best. You come in here and think you’re terrible, and you go through a tough stage with that, which some kids are going through right now.

"Once you get your confidence back and trust in your ability and yourself, it really takes your game to another level. So, once I was able to trust in myself last year, it helped me out a lot. Building on that all summer and just knowing what I can do this year, when I’m working out and training every day, thinking about the possibility of the things I could do this year, it really drove me to get better every day."

The good news: Murfreesboro is close to Nashville

And Nashville is a lot of fun.

I'm not sure I understand needing to take a 2-for-1 with MTSU, especially with the one being that far out (one assumes Mizzou will try to get that moved, though like Arkansas State did this year, MTSU could always put its foot down), but I assume there are a lot more moving pieces to football scheduling than we realize.

I searched for Ellison in our Getty Image archive and came up with this beauty: 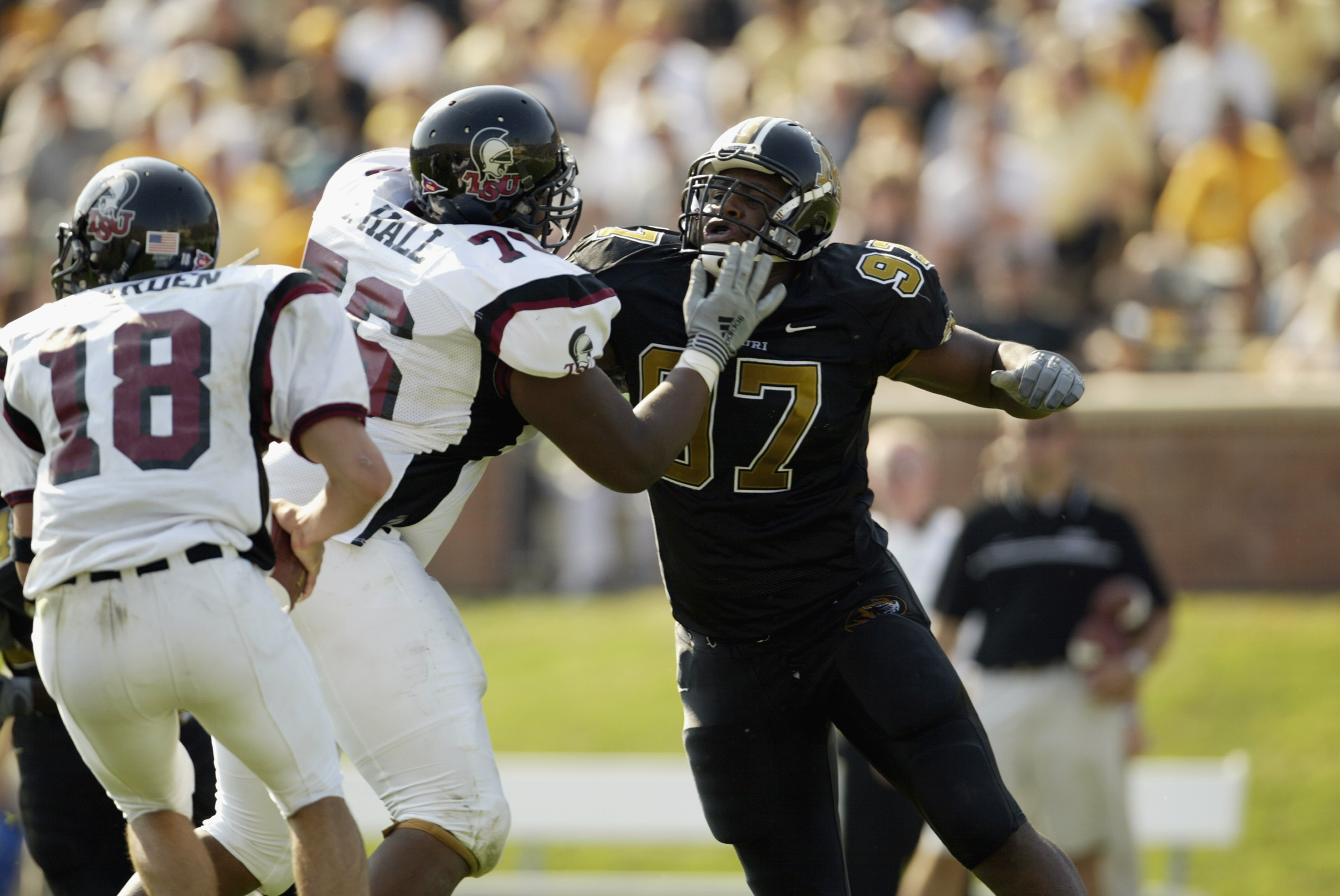 Next up for Soccer:

First up for Volleyball:

What happens when Mizzou hoopsters transfer
The Trib (Steve Walentik): Players have rarely made mark after transferring from MU program in past 11 years

MIZ-MOLLY
The Trib: Kreklow, No. 1-ranked Americans improve to 3-1 at FIVB World Cup