This is the sixth consecutive season that Mizzou has clinched a top-16 national seed.

COLUMBIA, Mo. - Mizzou Softball (39-14, 14-10) has been selected to host an NCAA Regional this weekend for the seventh-straight season, as announced Sunday by the National Softball Selection Committee. The Tigers received the No. 10 overall seed and are the top-seeded team in the Columbia Regional.

Mizzou has now secured an NCAA Tournament berth for the ninth time in head coach Ehren Earleywine's nine-year tenure. The Tigers have won six of their past seven NCAA Regionals, reaching the Women's College World Series three times in that span. It's the sixth consecutive season that Mizzou has clinched a top-16 national seed.

In 2015, Mizzou posted a 14-10 record in the vaunted Southeastern Conference and finished the regular season with a 39-14 overall mark. Joining the Tigers in the Columbia Regional are Louisville, Kansas, and Indiana State. Mizzou opens its postseason on Friday, May 15 against Indiana State at 6:30 p.m. CT at University Field. TV information will be announced once it has been determined by tournament officials. 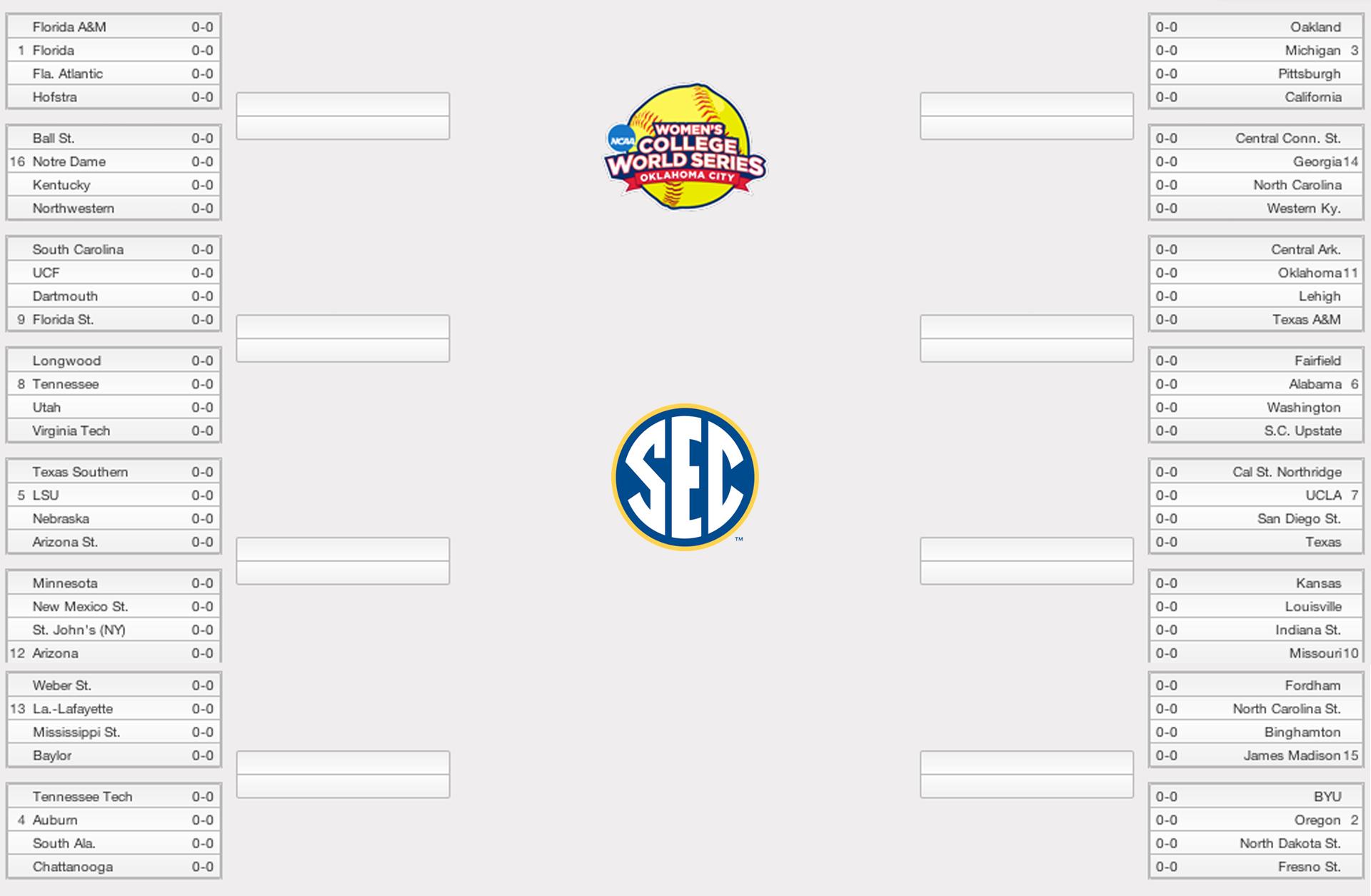 Missouri beat Kansas 6-3 in the second round of last year’s regional in the first head-to-head meeting of the rivals in any sport since Missouri left the Big 12 for the Southeastern Conference after the 2011-12 season.

If seeds hold, MU will play at No. 7 UCLA in super regional.

Earleywine said Amanda Sanchez will have an MRI tomorrow for her right ankle injury. Her status is TBD. He's hoping she can at least hit.

We'll update this post when times for this weekend's game becomes official.