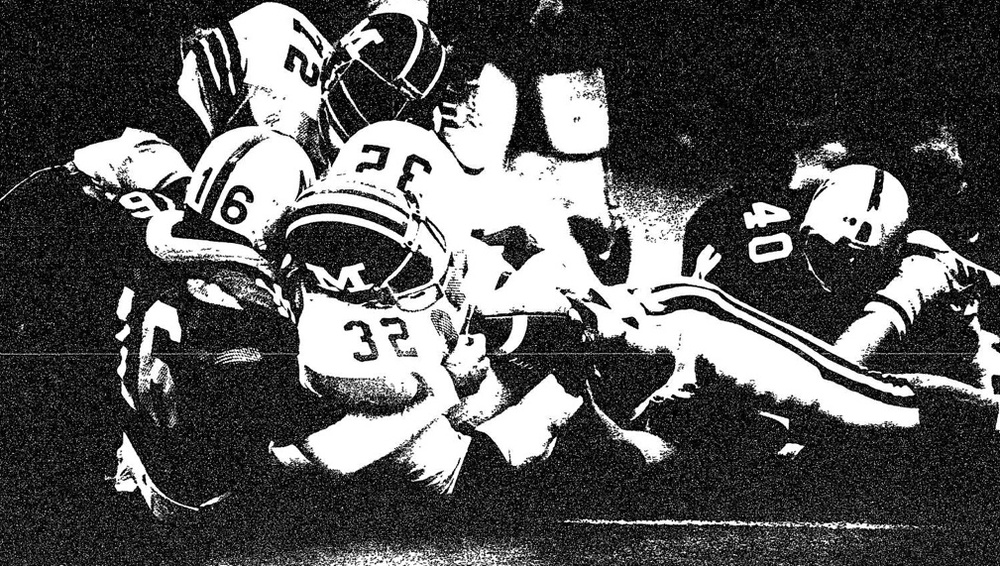 There was no stopping Wilder.

Set the scene for us, Todd Donaho:

As fate would have it, the schedule maker played a big part in giving Mizzou an exciting, nostalgic, sentimental, revengeful, and upsetting finish to the 1978 regular season. For the only time in Missouri football history, the Tigers final regular season game was against Nebraska.

And, as fate would have it, Missouri was led by first-year head coach Warren Powers who played football and was an assistant coach for eight seasons at Nebraska. If Powers could beat his alma mater, Missouri would earn its first bowl game in five years.

While Warren Powers was attempting to knock his alma mater out of national title contention, Tom Osborne was trying to officially lock up the love of Nebraska fans. The hand-picked successor to Bob Devaney, who retired after the 1972 season, Osborne had done fine in Lincoln, winning at least nine games every year. But Devaney won a national title in his second-to-last season, so the bar was set extremely high, especially since Barry Switzer was kicking so much behind in Norman. Not only did Switzer win national titles in his first two seasons at OU, but he also won his first five head-to-head matchups with Osborne.

But 1978 was different. After a season-opening loss to Alabama in Birmingham, Nebraska had ripped off nine consecutive victories, including, just seven days before the Missouri-Nebraska game, Osborne's first win over Switzer and OU. Nebraska had moved to #2 in the country and was sixty minutes away from a likely Orange Bowl matchup against #1 Penn State.

For both Osborne and Powers, this was the biggest moment in their careers, and every player on the field played like it. You know I'm one who loves a good boxing reference, and this was as close to a toe-to-toe slugfest as a football game could be. One team score, the other responded. With wind chill near zero, in front of 75,000+, both offenses came out throwing haymakers.

On the first play of the game, NU's speedy Rick Berns raced 82 yards for a touchdown. Mizzou took more than one play to respond, but they drove rather effortlessly for their own touchdown, a 9-yarder by James Wilder. Led by Berns again, NU struck right back to go up 14-7 and quickly added a field goal to take what looked to be a double-digit lead into halftime. But as they would all game, Mizzou responded. On their last first-half drive, Wilder was dominant, accounting for half the drive's yardage. Phil Bradley found a tiptoeing Kellen Winslow in the front corner of the endzone, and the score was a much more manageable 17-14 at intermission.

After Mizzou stalled to start the second half, it was Berns' turn to give NU another cushion. His 2-yard run put NU up 24-14 five minutes into the third quarter. The Huskers could not land the knockout blow, however. Mizzou responded again, thanks to its most recognizable names. Earl Gant for 7 yards. Wilder for 20. Bradley across the field to Winslow for 16. After a busted play, Bradley avoiding pressure and finding Winslow again for 16 yards to the 1. At this point, Nebraska stiffened and stuffed three straight Mizzou runs, leading to the first "play of the game" situation. After a timeout, Bradley bobbled the snap and barely got the handoff to Wilder, who dove into the endzone. 24-21.

Mizzou then went from counter-punching to dictating the action. In a game not remembered for fantastic defense, Mizzou's Chris Garlich was unbelievable. Never mind the 21 tackles--it was the number of huge plays he made that stood out. He stuffed an NU run on the Huskers' first play of the next series, then dropped into the coverage and stepped in front of NU's Junior Miller for a bobbling interception at the NU 31. On the ensuing drive's second play, Phil Bradley burned by, spun around, and plowed through Husker tacklers on a 27-yard run that set up a mean James Wilder touchdown run. Late in the third quarter, it was 28-24 Missouri, their first lead of the game. 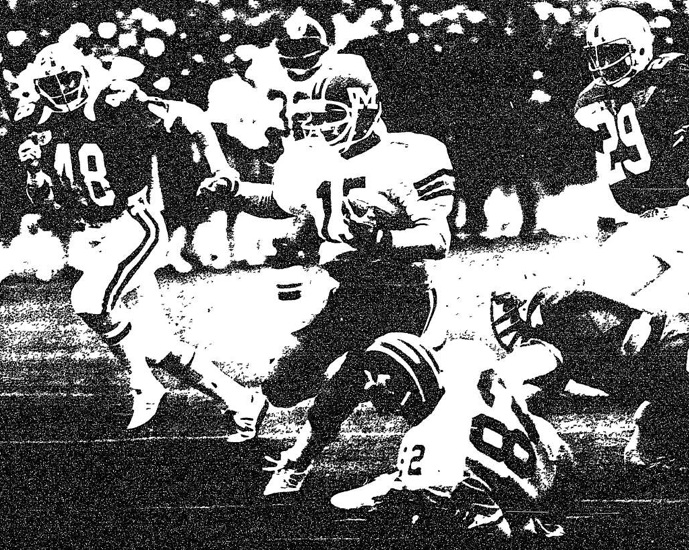 Phil Bradley in the open field.

Of course, you knew Nebraska was going to respond. After a near-disaster on the kickoff return, when NU attempted a Wychek-to-Dyson style full-field lateral that got eaten up near the Husker 10, NU converted a 3rd-and-long by the skin of their teeth, then got rolling. A 16-play drive culminated with backup QB Tim Hager sneaking up the middle to paydirt. 31-28 Nebraska.

As the third quarter ended, a game that featured 700 rushing yards and over 1000 total yards turned into a defensive slugfest. Well, sort of. Bradley found Winslow for 30 yards and Leo Lewis for 33 yards, and Mizzou had a goal-to-go situation. On third down from the four, a bad exchange between Bradley and Gant put the ball on the ground, and Nebraska recovered. Both teams would punt, then Nebraska had a chance to put the game away.

Four yards at a time, Nebraska moved inside the Mizzou 30 and faced a 4th-and-5 from the Mizzou 27. The Tiger defense was exhausted, and sensing the opportunity to end the game and move on to the national title game, NU went for it. A swing pass to Junior Miller came up two yards short, however, and with under six minutes remaining, Mizzou would get one last chance to mount a touchdown drive. it was almost too efficient.

I haven't been able to nail down their official names, but on the recording I have in my possession, it sounds like the Mizzou announcers for this game are named Steve Grass (play-by-play) and Bob Roe (color commentary). Their call of MU-NU was amazingly homerific (in favor of Missouri), and in the best possible way. They were living and dying with every possession, grumbling about bad calls and Roe (?) in particular whooped after every great play. Here's the play-by-play of Mizzou's final drive, with associated commentary:

Seriously, just about the greatest play call ever on the touchdown there. These guys were freezing in the press box, and ready to find somebody to plow through themselves. Roe actually started humming the fight song after the PAT went through. Bananas.

Instead of grinding out the rest of the clock and putting the game away, Missouri had taken only seven plays to go 74 yards. That left Nebraska with over 3:40 to try to save their national title hopes. It didn't start so well for the Huskers. Wendell Ray flew in and sacked Tom Sorley on the first play of the drive for an 8-yard loss (Roe called him "Mr. Wonderful"). After a Berns run, NU faced 3rd-and-11 from their 19. Sorley, who had gotten briefly knocked out of the game in the third quarter, threaded a perfect pass on a deep out, finding a receiver at midfield, out of bounds. Still 2:30 left.

No prevent defense here for Missouri. They blitzed a safety on first down (an imcomplete pass), then blitzed a corner on second down, when Sorley found Berns on a perfectly-called screen pass. Eleven yards, first down at the MU 39.

With plenty of time to run and pass, NU attempted a delayed draw for four yards, called timeout, then handed to Berns for three more yards. After a Missouri timeout, Sorley handed to Berns again, but Chris Garlich flew through the line and knocked Berns off-track before Larry Lauderdale and Steve Hamilton wrapped him up. The play ended up losing two yards, which set up Nebraska's final chance, a fourtth-and-four attempt from the MU 33. Take it away, Steve Grass.

"They've got to do it. If they do it defensively here, the game will be over. They're gonna pass...deep...INCOMPLETE!!!" Roe: "Missouri takes over!" Grass: "No flags! There are no flags on the field! Missouri takes over! 1:03 left! Nebraska has one timeout remaining! Missouri can run four plays, and this football game will be over!" Mizzou defenders left the field with their arms raised. Mizzou fans in the stands were hugging each other. The sea of red was silenced, and Missouri was going to win the game.

Some of the best games ever have been decided by a 35-31 tally. OU-NU 1971. Super Bowl XIII (Pittsburgh-Dallas). The score suggests a blow-for-blow game rather than one of crazy plays and weird scoring lines. Sure enough, there have been crazier games just in the three seasons we've now covered in this series (1965: Mizzou 20, Florida 18...1984: Wisconsin 35, Mizzou 34), but none better. This was a well-executed game with the big players making big plays, and Mizzou, traveling to the den of the #2 team in the country in nearly sub-zero temperatures, was simply the better team.

A loss like this one is hard to take. For Tom Osborne, who came just one or two plays short in his quest for the national title game, the loss (and the pressure of living up to the standards that Bob Devaney set) almost sent him running to a new location. After a 6-5 season, Colorado fired Bill Mallory and offered Osborne nearly an almost 250% pay increase to lead the Buffaloes to the promised land. He visited Boulder, interviewed for the job, met the players he would be coaching if he took the gig...and declined. He decided to come back to bring a national title to Lincoln. It would take him 16 long years. 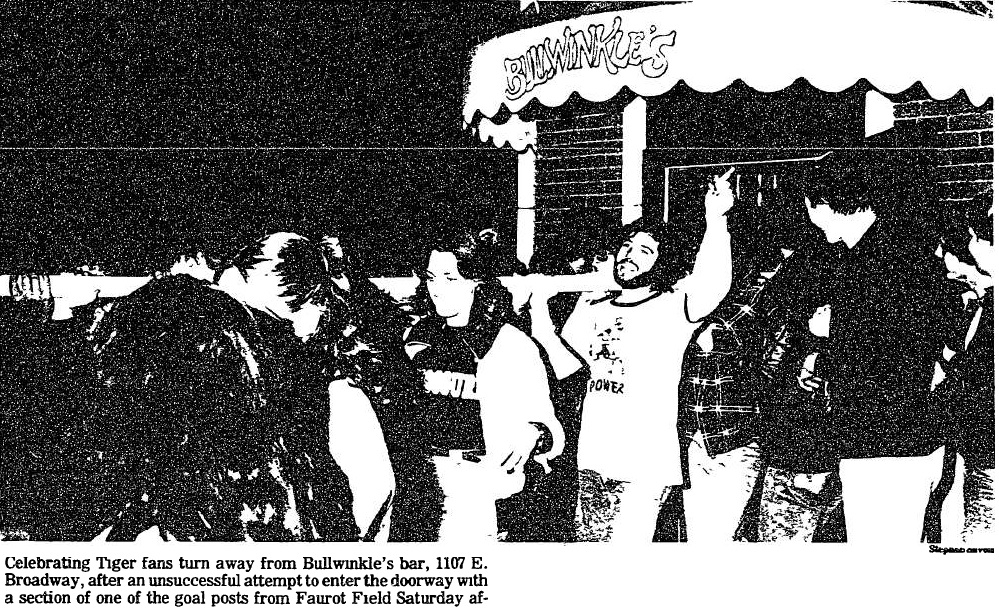 Missouri, on the other hand, had weathered an intense downward spiral at the end of October and beginning of November, and escaped with both momentum and a bowl bid. Their win over Nebraska landed them a spot in the Liberty Bowl. Warren Powers' first season in Columbia had brought Mizzou seniors their first bowl trip, and Mizzou's first overall in five seasons. The 1978 season had begun and ended with unlikely, dramatic, heart-tugging, memorable wins, and while not everything in the middle had gone as planned, those wins would make 1978 one of the most fondly-recalled seasons in Missouri history.

The question was, could Missouri top off the big wins with a bowl trophy?