Where does a team go after a long winless streak is prolonged with a loss to the worst team in 1-A (or at least, the second-worst)? How do you possibly bounce back from that?

Following the loss to K-State (at home!), Mizzou had to travel to Ames to take on an Iowa State team angling to sneak to 6-5 and bowl eligibility. They had played three good teams (Iowa, Colorado, Oklahoma) and lost by a combined 156-23, but wins over Utah State, Vanderbilt, and Kansas, and remaining games against Mizzou and K-State, offered the possibility of at least five wins. Mizzou started well, riding a Darrell Wallace touchdown and a long touchdown pass from Warren Seitz to tight end Pat Thetford. They took a 14-7 lead into the second quarter, but their typical third-quarter collapse came 15 minutes early. The Cyclones posted 17 points in Q2, including a touchdown with 0:28 left, and ISU took a comfortable 24-14 lead into halftime.

Fighting their propensity for a post-halftime funk, Mizzou held steady. A Tom Whelihan field goal cut the lead to a touchdown, and in what was turning into a bit of a stalemate, Widenhofer chose to kick another field goal with five minutes left in the game, instead of going for the first down and trying to score the game-tying touchdown.

This gamble initially seemed to backfire when the Cyclones took three minutes off of the clock and kicked a field goal to go up 27-20 with just 2:06 left. Would Mizzou have enough time to mount one last charge, like K-State had to them a week earlier? Yes. Seitz took the field with 69 yards to go for the tie and quickly moved into ISU territory. From the ISU 45, Seitz found Junebug Johnson for 37 yards and a first-and-goal. Two plays later, Wallace--who had 89 yards on 24 carries--plunged in from the one to bring the score to 27-26.

Woody wasted no time. What the hell is the point of going for the tie when you're 0-7? Is 0-10-1 any better than 0-11? No, Mizzou was going for the win. Seitz rolled to his right and once again found Johnson for two points and a 28-27 lead. The Mizzou sideline erupted.

Of course, they almost celebrated too soon. There was enough time for ISU to move to the MU 40, but a 57-yard field goal attempt fell short as time expired, and Mizzou players streamed onto the field to celebrate. 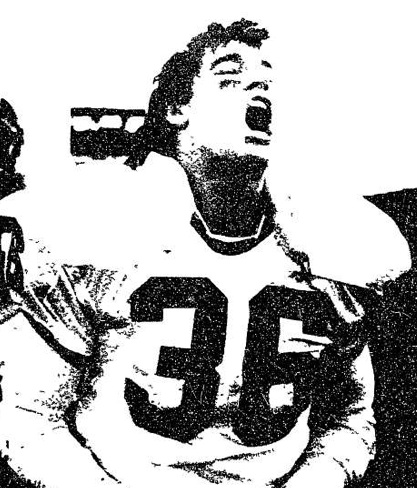 1932, 1933, 1971, 1985. These are absolute worst years in Mizzou football history. And yet, in the middle of even these terrible years, there was at least one celebratory moment. After the game, defensive back Tony Facinelli said, "I'm elated. I don't ever think I've been this excited." Players chanted "We're 1-0 in November!" and "We're undefeated in Iowa!" Silliness and glee were in the air. Mizzou's 10-game winless streak was over, as was Woody Widenhofer's own personal 17-game losing streak (dating back to his reign as Oklahoma's head coach in the USFL), and for seven days, this Mizzou team got to call themselves winners.